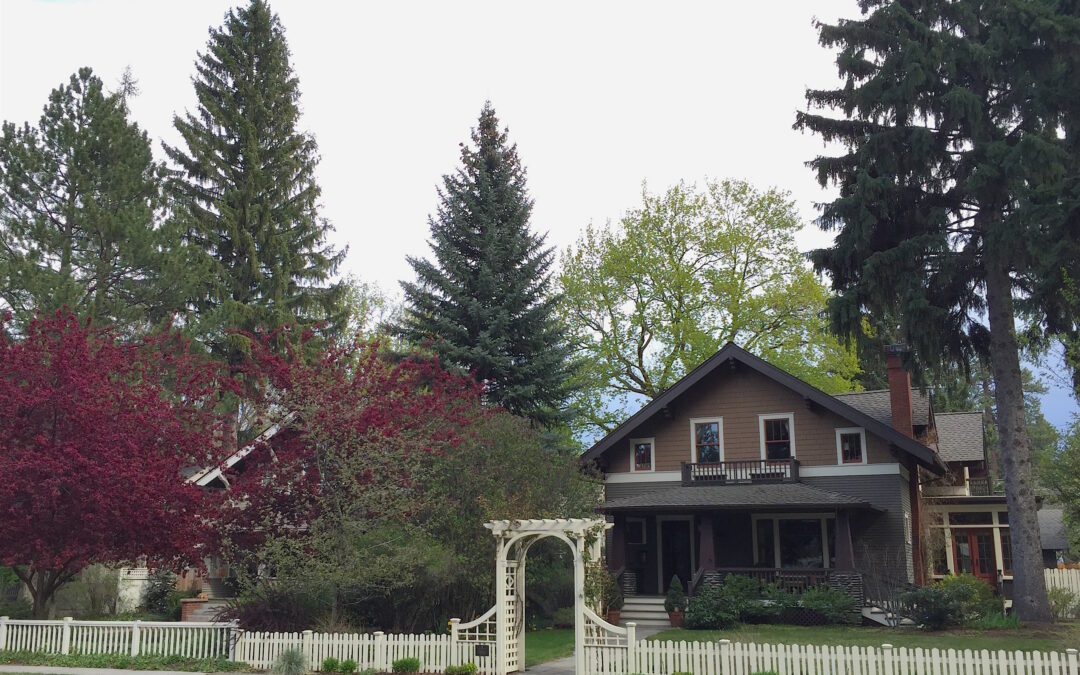 Several trends worth note stand out among the third-quarter real estate statistics for Central Oregon, which were recently released by the Multiple Listing service for Central Oregon. For one, the average sales price for a single-family home in Bend has almost returned to that of the region’s pre-recession highs ($419,764 in third-quarter 2016 compared to $426,044 during 2007).

Not surprisingly, as more and more people are priced out of Bend, the pace of sales among Bend’s Single Family Residential (SFR) listings has slowed: It increased just 3 percent since this time last year (from 1,872 sales to 1,934 sales), compared to an increase of 9 percent in third-quarter 2015. What’s more, the number of sales among Bend’s Residential With Acreage (RW) listings has actually decreased (down 7 percent, from 256 to 239 sales).

The only area in Central Oregon that saw a substantial decrease in the number of sales from third-quarter 2015 to third-quarter 2016 was Crooked River Ranch‘s Residential With Acreage listings, down 21 percent, from 52 to 41 sales.

One thing hasn’t changed in the past 12 months: Price increases continue to be the norm throughout Central Oregon. Bend’s Single Family Residential sales saw the slowest rate of gain since this time last year: a still-strong 8 percent increase in price (from $384,394 to $419,764). La Pine’s Residential With Acreage sales saw the greatest gain: 32 percent, up from $196,386 to $289,157. Most other markets saw gains of between 10 and 17 percent. 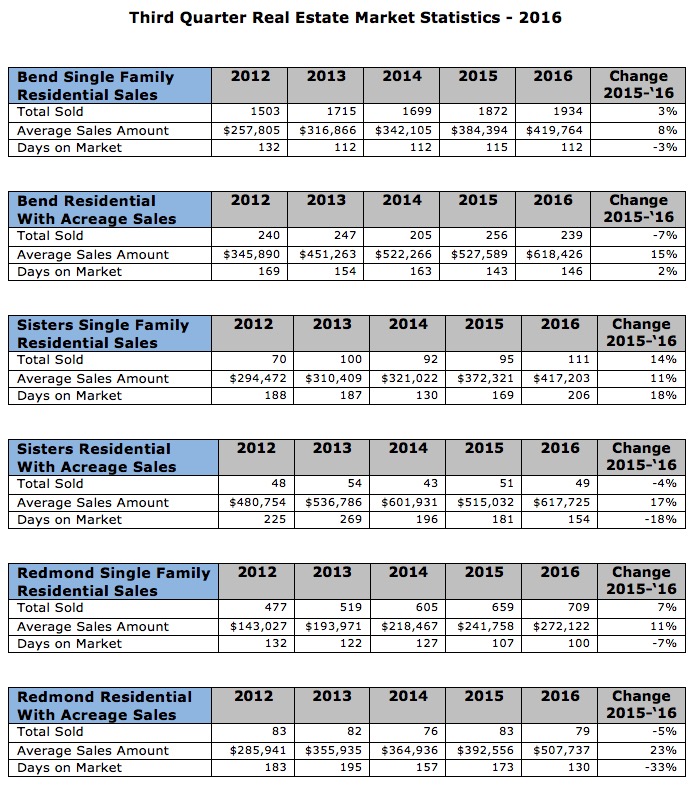