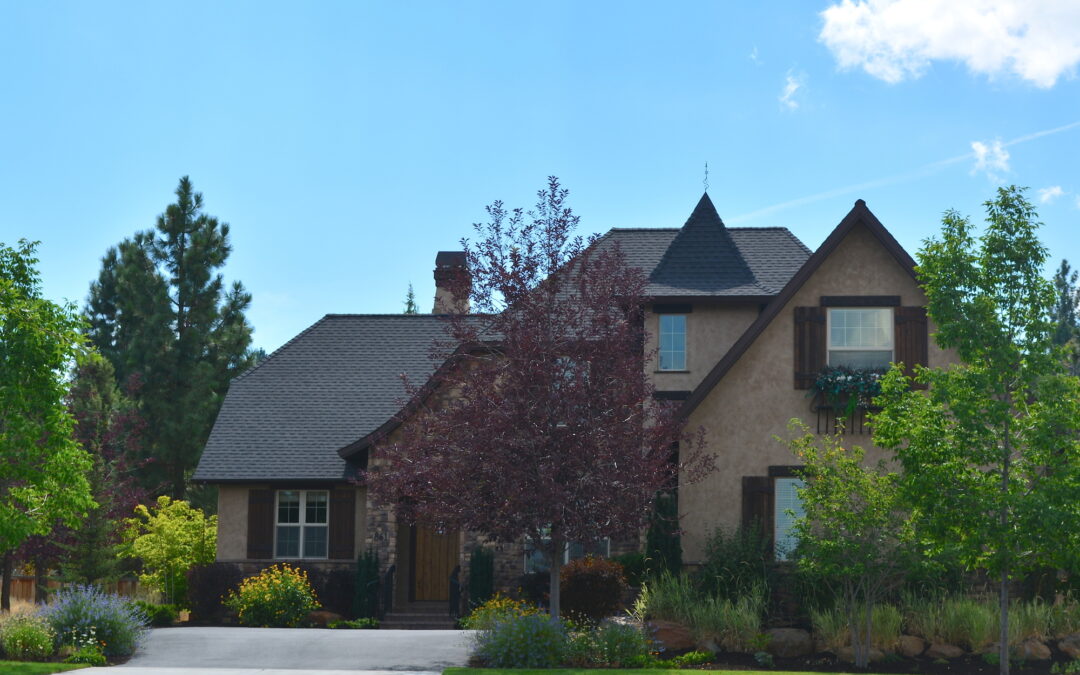 During the third quarter of 2017, real estate prices in Central Oregon continued to rise. While a few markets saw a decrease from the second quarter to the third (the median sales price for Single Family Homes on less than an acre in Sunriver, for example, was down from $484,000 to $410,000 last quarter, a 15.3 percent decrease), every market tracked in the chart below saw a sizable increase over this time last year. Many of those increases were in the double digits.

With prices on the rise (and Bend surpassing the $400,000 median price threshold), it’s no surprise that, in most markets,  the number of sales was down compared to this time last year. A few notable exceptions: Sisters (which saw an increase in sales of 12.5 percent since third quarter 2016, up from 48 to 54), and La Pine (which saw an increase of 6.7 percent (up from 30 to 32).

By the Numbers
For those who want to study the market by the numbers, the charts below detail the past four years’ activity in Bend, Sisters, Redmond, Sunriver, Three Rivers South, La Pine, Jefferson County and Crook County. 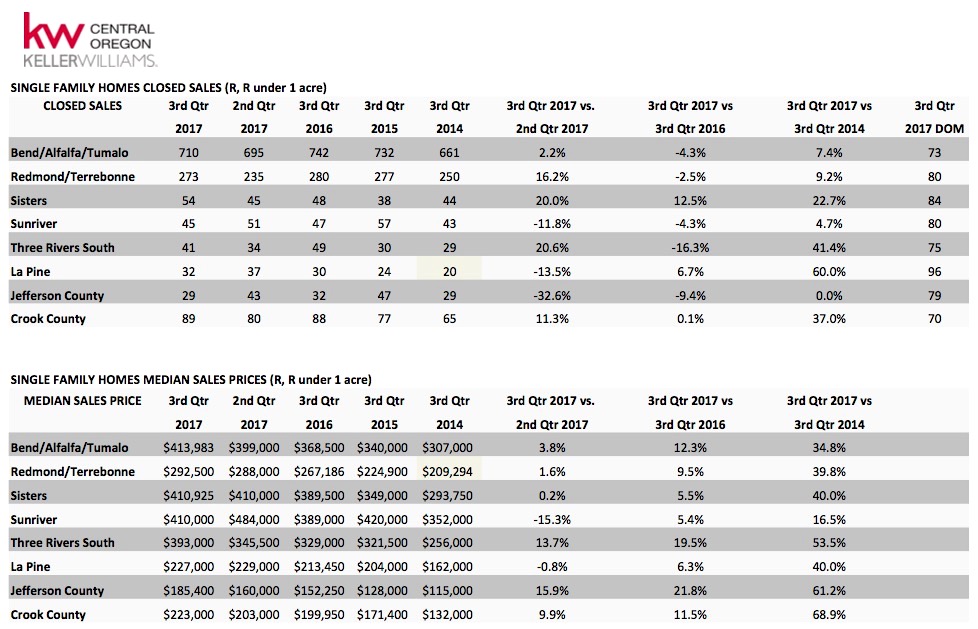