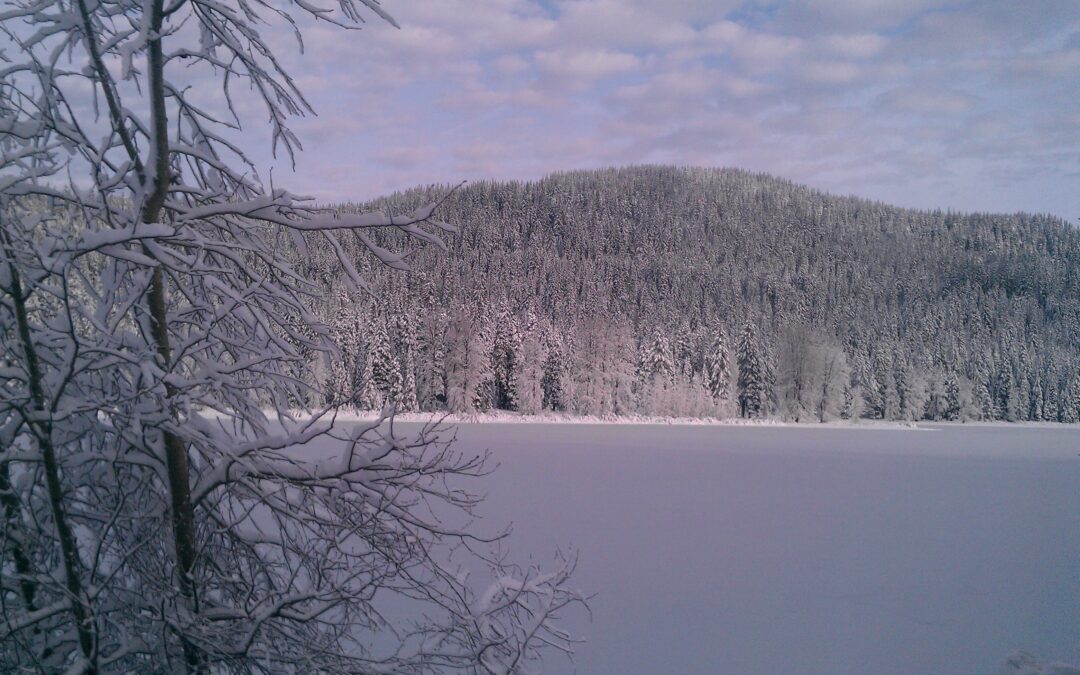 As sales activity in Central Oregon during the fourth quarter of 2016 indicates, the area continues to feel the effects of still-increasing sales prices and extremely low inventory: Although much of Central Oregon saw a double-digit increase in the number of sales during the fourth quarter of 2015, the pace of sales for fourth-quarter 2016 slowed to single digits in many markets. In some segments, the numbers even decreased. (The region’s arctic snow blast, which lasted throughout December, didn’t help.)

Based on statistics recently released by the Multiple Listing Service for Central Oregon, Bend saw just a 3 percent increase in the number of sales of Single Family Residential (SFR) properties (up from 2,450 to 2,533 sales). Redmond saw a 7 percent increase (from 899 to 965 sales), and Sunriver saw an increase of just 4 percent (from 201 to 210 sales).

However, with few options to offer its potential buyers, Sisters saw a 35 percent decrease in the number of sales of townhomes/condos down from 32 to 17 sales).

Then There’s the Sales Price
Price continues to be a concern for would-be Central Oregon buyers, as most segments in the area continue to see steady year-on-year increases. The average price of SFR properties in Bend increased 8 percent since fourth-quarter 2015 (from $385,657 to $421,405), while Bend’s RW properties increased 15 percent (from $534,410 to $629,040).

By the Numbers
For those who want to study the market by the numbers, the charts below detail the past five years’ activity of Bend, Sisters and Redmond (my primary coverage areas). I often represent buyers purchasing rural acreage — especially horse properties — so I regularly track both Single Family Residential (SFR) trends and Residential with Acreage (RW) trends.
In the charts, I focused on three of the main categories that reflect the state of the market: (1.) total number of homes sold; (2) Average sales amount; and (3.) Days on market. Checking out these charts will give you a quick overview of what’s been happening in the market. 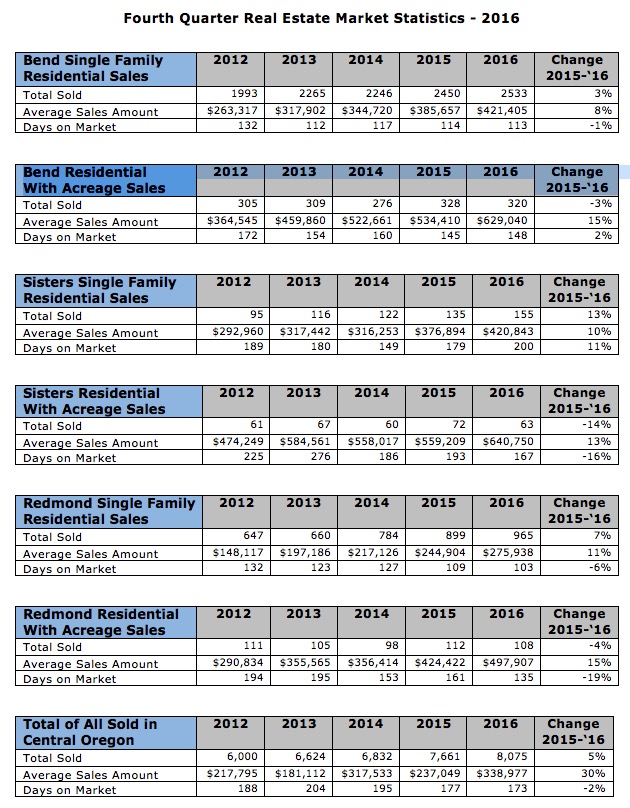