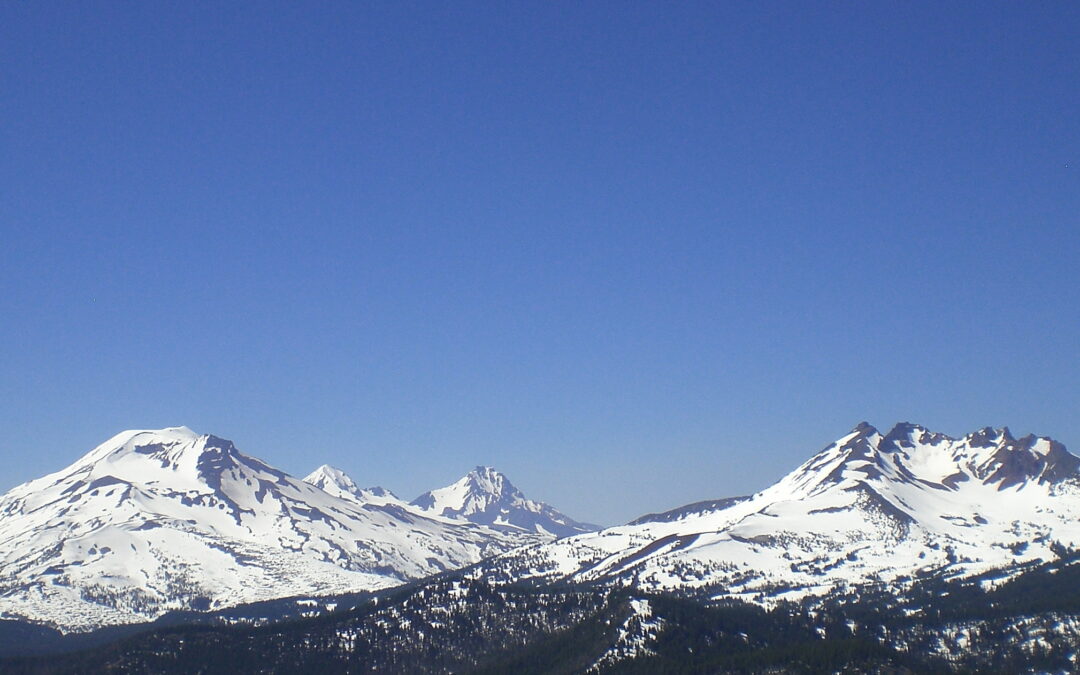 Early this month, just in time for the opening of what is shaping up to be a stellar season for Central Oregon’s skiers, Bend made the list of top ski towns by two different outfits. Perhaps most impressively, the esteemed National Geographic has placed Bend among the top 25 ski towns in the world. In so doing, Bend joins the ranks of global hotspots like Zermott, Switzerland; Chaminix, France; Banff, Alberta; Whistler BC; Niseko, Japan; and Wanaka, New Zealand.
Nat Geo’s criteria for inclusion focused not just on the skiing itself but also on ski heritage, amenities, and culture. Its praise for Bend included the following: “If you ever dream of skiing in the Pacific Northwest, Bachelor is the kind of mountain you dream about…. it’s a huge, diverse area which, being on the drier, east side of the Cascades, has lighter snow than the Pacific cement that coats most mountains in the region.” The writer also made note of Bend’s downtown microbrewery scene, dubbed “Beervana” (that one was news to me).
Shortly after Bend made the Nat Geo list, the travel-planning website TripAdvisor named Bend one of the best ski-destination values in North America — second only to Durango, Colo. Trip Advisor compared costs for ski trips to 25 North America ski destinations that include a one-night hotel stay, a single-day lift ticket, a basic ski equipment rental package, and a meal at a local restaurant consisting of a burger, fries, and a beer (we definitely have that category locked in!).
Bend’s daily tally came in at $215.25 per day — just a few bucks above Durango’s $209.65 and a fraction of the total for Vail, which weighed in at a hefty $801.51. Other popular regional locales that made the list: Taos, N.M. ($239.89); Salt Lake City; Utah ($245.31); Sun Valley, Idaho ($285.13); Jackson Hole, Wyo. ($300.20); Lake Tahoe ($351.63) and Mammoth Lakes ($423.36), Calif.; Big Sky, Mont. ($480.08); and Park City, Utah ($677.34).