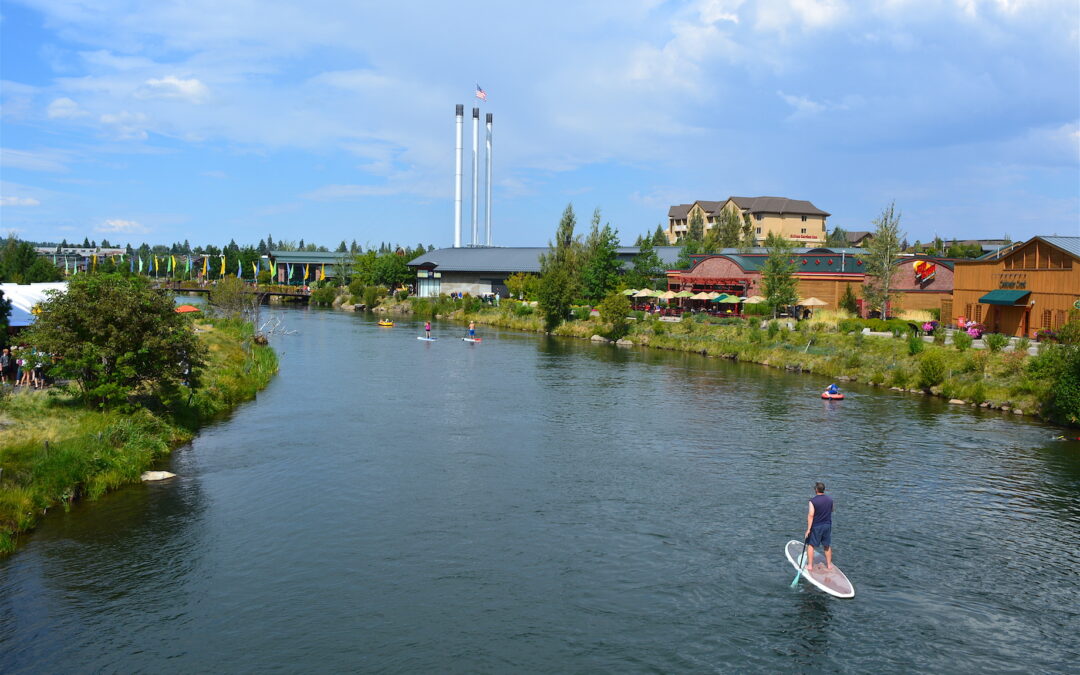 In the increasingly common discussion about Bend’s affordable-housing crisis, one word is a constant. Three letters, actually: U-G-B. It stands for Urban Growth Boundary, and it’s a prime reason we’re in the mess we’re in right now.

The truth is, when it comes to housing, Bend is behind the eight-ball. For several years, the demand to live in Bend has far exceeded the supply of homes in which to live (whether for sale or rent). Meanwhile, the price for a home in Bend has steadily risen: In February, the median price for a single-family home in Bend was up to $332,000, according to the Beacon Report.

As of March 30, there were just 12 single-family homes on the market in Bend priced below $250,000. What’s more, vacancy rates for rental properties hover around a paltry one percent. And, to make matters worse, the region’s Average Median Income is on the decline, according to City of Bend Affordable Housing Manager Jim Long.

That means that many folks hoping to move to Bend are stuck between a rock and a hard place.

How did we get here? For starters, there’s a nationwide shortage of homes. (According to National Association of Realtors Chief Economist Lawrence Yun, we need a total of 6.9 million new housing units to keep pace with the country’s rising population. The 3.9 million units currently available fall far short of the demand.

Here in Central Oregon, after a lull during the Recession, the strengthening economy has brought homebuyers back to Bend in droves. But the main culprit is the aforementioned Urban Growth Boundary — and our failure to revise it as we should have, years ago.

But First, A Bit of Background
Exactly what is the Urban Growth Boundary? It’s a mapped line drawn around a city that identifies an estimated 20-year supply of land for employment, housing and other urban uses. Development of residential tracts, retail establishments, commercial outfits and other forms of urban expansion isn’t allowed outside that line.

The roots of the UGB concept — the nation’s first set of statewide land-use planning laws — trace back to the early 1970s. The champion of the so-called “UGB” was iconic Oregon governor (and early environmentalist) Tom McCall, whose goal was to protect Oregon’s pristine natural beauty and prevent urban sprawl.

Under the system, state law requires that, before a city can expand its boundaries, city leaders demonstrate the need for additional land and show that there isn’t enough existing land within the city’s boundaries to satisfy a 20-year need.

Oregon’s cities are required to submit their proposed UGBs to a state-sanctioned entity (the Oregon Department of Land Conservation and Development) and its sub-committee (the Land Conservation and Development Commission) for approval. They also must adhere to 19 Statewide “Planning Goals,” including preservation of the highest-quality agricultural lands and conservation of forests and open space. A city’s plan must also show that it will increase density, improve public transit options and encourage affordable housing close to jobs.

It isn’t that we haven’t tried to revise the plan. In fact, an attempt has been in the works for years –- and years. Bend’s vision for its future first began to take shape in 2004.

So what’s the hold-up? Revising a UGB isn’t a simple process; far from it: Assessing the city’s potential growth needs involves conducting a host of in-depth analyses, forecasts and assessments (population, employment, housing, economy). The plan must then be approved by the Bend City Council, the Deschutes County Board of County Commissioners, and ultimately, the state’s Department of Land Conservation and Development (DLCD) and its Land Conservation and Development Commission (both of which were created as a part of Gov. McCall’s land-use planning laws).

It took five years — and about $4 million of public funding — to put together Bend’s plan, which the city submitted to the DLCD in 2009. The bad news: A year later, the DLCD rejected the plan and then, another year later, “remanded” it back to the City of Bend for further work. The problem, as far as the DLCD was concerned: The city’s request that an additional 8,000 acres be brought into the UGB was too broad; more effort should have been made to maximize the use of existing land within the UGB.

So, although the DLCD approved various elements of the City’s proposal, for all intents and purposes, it was back to the drawing board for Bend’s UGB.

Here’s what happened next: nothing. For about four years, plans to revise the UGB plans stalled. Sure, motions were made, meetings were held, committees were formed, but no actual work on the plan materialized. At that point in Bend, the focus was not on what we needed to do to ensure a healthy future but how to do what needed to be done to survive the economically challenging present.

Finally, in 2014 — as the Bend housing market was heating up — the City of Bend hired a group of planning experts to coordinate its efforts to address requirements that would be necessary in preparing the remand to the previous UGB proposal. That’s when the real work began.

In 2015, the group’s steering committee proposed three different UGB expansion alternatives, or “scenarios,” as they were known. Each would add approximately the same amount of of land to the UGB to meet housing, employment and other land needs. All three scenarios included areas that would become “complete communities” — with a mix of housing, jobs and services, plus areas that would allow for housing and employment development on a smaller scale.

Since then, the city, its residents and the various committees tasked with preparing the UGB remand have been meeting and tweaking those scenarios to create a single plan for the city. As of now, the plan calls for Bend’s footprint to grow by about 2,000 acres — a far cry from the original plan for more than 8,000 new acres.

Here’s how (and where) the additional land breaks down, according to Brian Rankin, Long Term Planning Manager for the City of Bend, who spoke to Zolo Media in February of this year.

Most importantly, it will be spread throughout town (granted, the bulk of the proposed expansion is on the east side of town).

Here’s a copy of the UGB plan map, it you’d like to see details.

Mixed land use will be a major part of the UGB proposal, as city officials try to accommodate the demand for these kinds of neighborhoods. The expansion is intended to accommodate population growth through 2028, by which time the city plans to add 17,230 homes and room for the equivalent of 21,940 jobs. By 2028, the population is expected to have grown to 115,000.

Before the state approves the expansion and the city’s new development policies, however, they will have to be approved by the City Council. The Deschutes County Commission will also have to approve the specific location of the new boundary.

Beyond that, it’s hard to predict exactly how long the process will take.

“We’re anticipating that the city council is going to be adopting the plan in June of this year,” Planning Manager Rankin said in February; “and then there’s a review process after that. So we do our work here locally, send it off to the state, and then they review the work to make sure it meets state law. And then you could even go up to the court system, if it gets appealed. So there’s a lot of uncertainty about how quickly it can get done.

“My estimate would be early next year, is probably the soonest,” he added. “And if we end up in the court system, that can take longer.”