What’s not to love about Bend, Oregon? In the past several decades, this once-sleepy former logging town blossomed into a true destination location. The reason? Actually, there are many. . 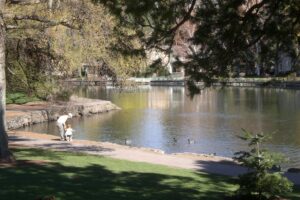 First, Bend is located in one of the most beautiful settings in the country. On the one hand, (to the west) you have the awe-inspiring Cascade Mountain range beckoning; on the other hand (to the east), you have the high-desert plateaus of Smith Rock and the Ochoco Mountains vying for attention. Meanwhile, plopped like an exclamation point in the center of downtown Bend is the grand Deschutes River, which carves a swath through the county (for which it is named), winding its way north past Redmond and Madras, eventually joining the Columbia River near the northern tip of Oregon.

What’s great about Bend is that has become a bustling city of 80,000-plus residents but has managed to maintain its small-town charm while offering more than its share of cosmopolitan perks. Here you’ll find extensive cultural offerings (the Bend Film Festival, the Les Schwab summer concert series and Tower Theatre offerings, to name just a few) and a host of tourist-worthy attractions. But you also have access to an impressive school system, a thriving entrepreneurial environment and a vibrant volunteer community. 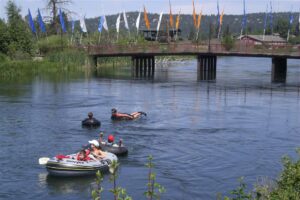 Granted, for many folks, it’s the seemingly endless outdoors opportunities that are the primary draw to Bend. No matter the season, there is always something to do within close proximity. Whether it’s hiking, biking, horseback riding, rock climbing, fly fishing, water skiing, snowboarding, cross-country skiing or just whiling away the time in a scenic setting, you’re good to go here.

Bend Stats at a Glance:

The video below gives a good overview of Bend: