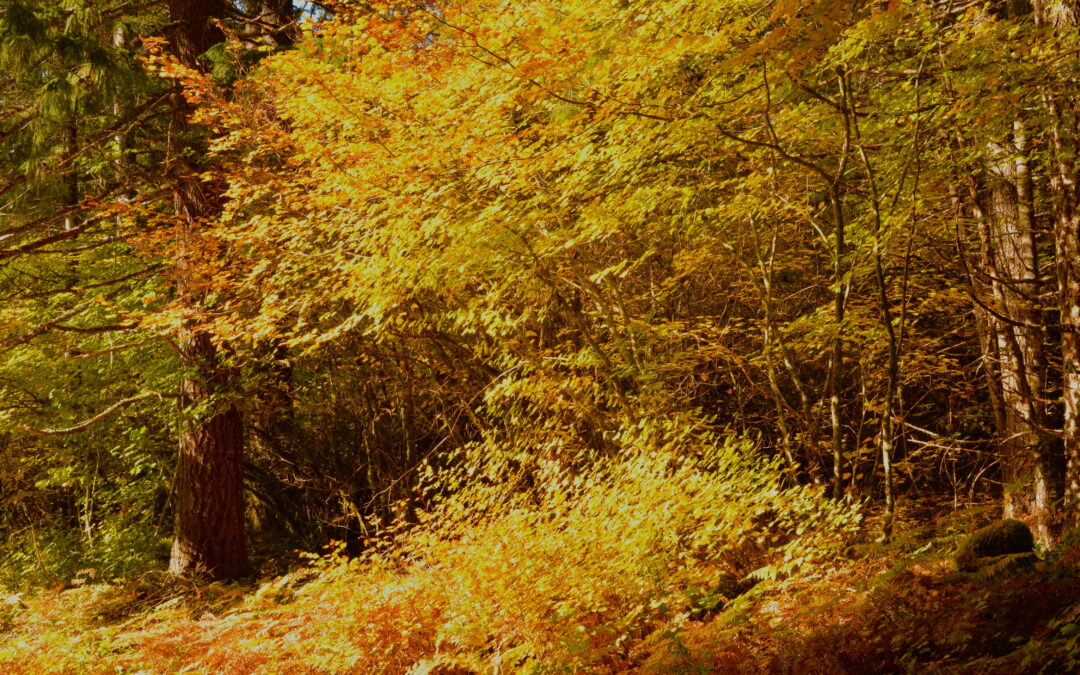 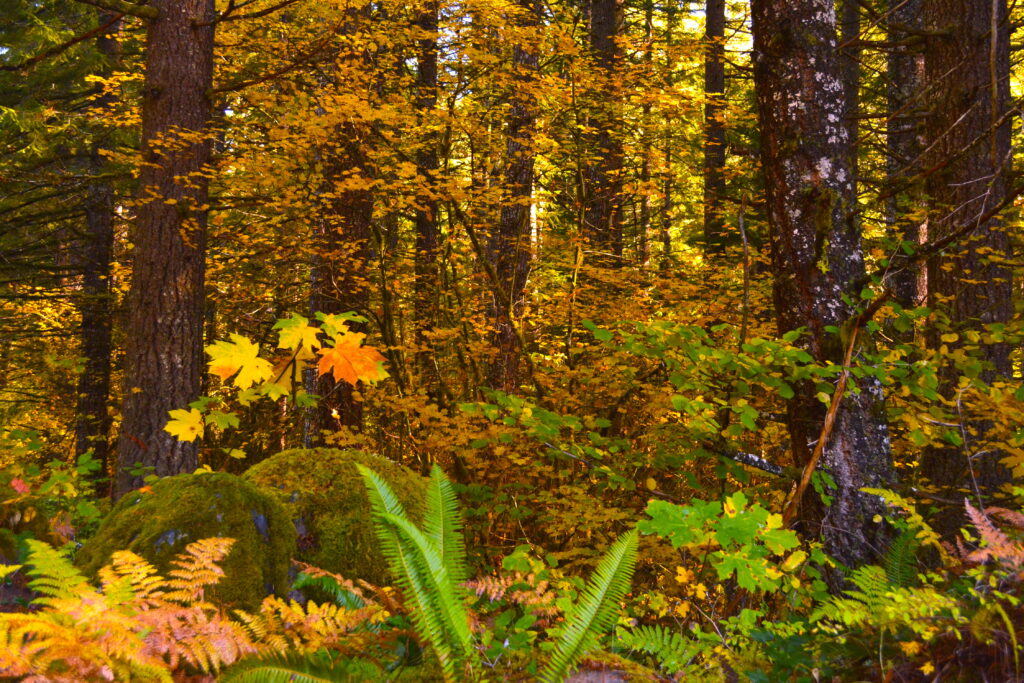 It started as a simple Sunday drive — our annual trek along the Santiam Pass-McKenzie Pass Scenic Byway Loop to feast our eyes on some serious fall colors.

The previous day we’d made the arduous trek from Tumalo to Camp Sherman (20 whole miles) and had set up our new (old) camper to test-drive it at a remote campsite.

Today’s goal was to scout a new spot for me to capture the fall colors with my camera — one of my favorite autumn indulgences. Friends had recommended Scott Lake, in part because it’s not far from another scenic locale: Proxy Falls.

When we arrived at our destination via the McKenzie Pass, we realized we had actually pulled into the Scott Lake Campground before — but had turned around without stopping because of what we perceived as a lack of interesting distractions. Just goes to show how much we miss out in life by neglecting to venture into the unknown.

Figuring I could at least get one nice shot of the lake, we parked at one of the handful of primitive campsites, quickly found a trail running along the edge of the lake and headed west. 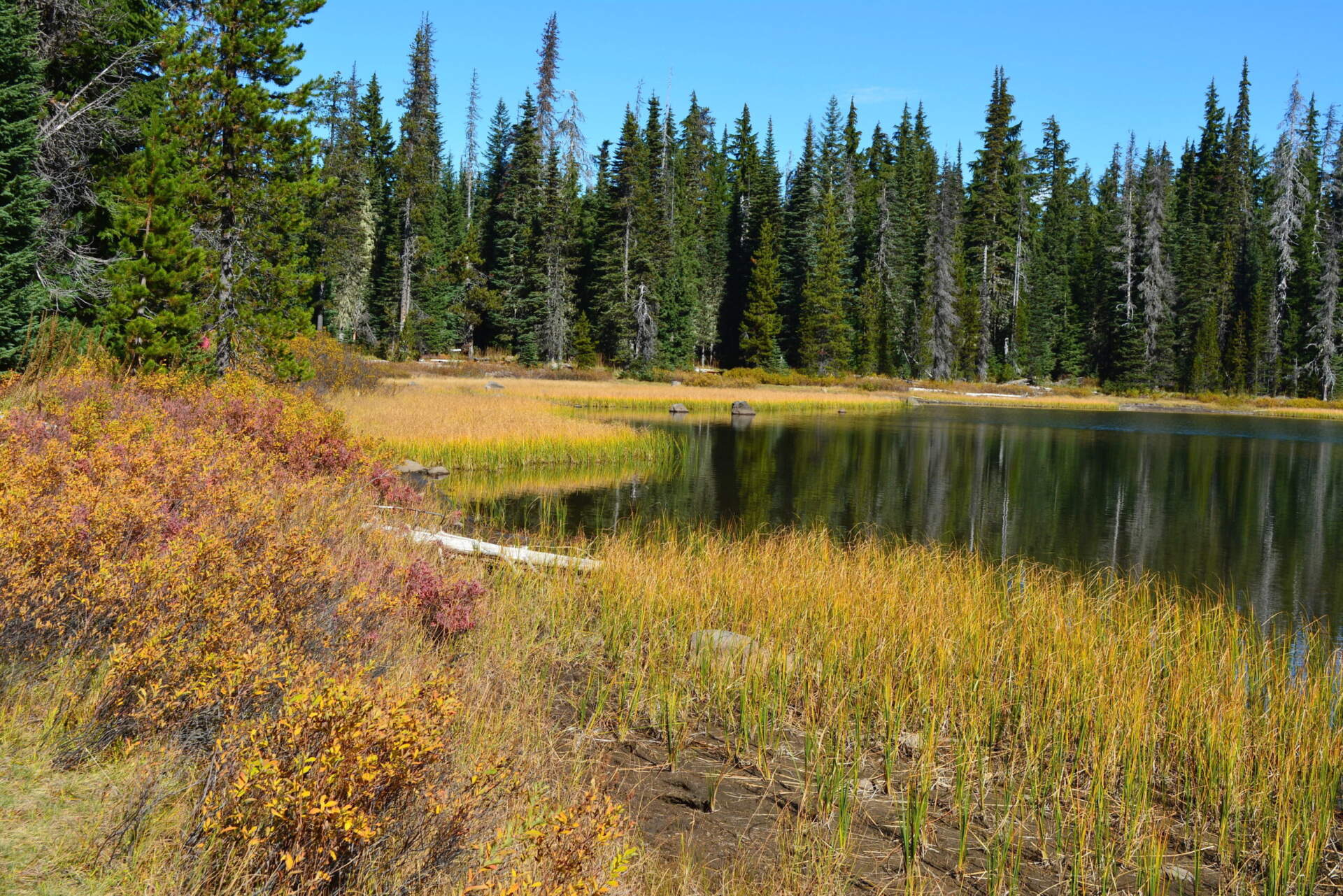 Within no time, we had rounded a bend and…Eureka! We were rewarded with jaw-droopingly gorgeous full-on views of the Three Sisters Mountains, which were even more stunning when framed in the bounteous fall colors surrounding Scott Lake. I could have spent all day perched at one of the strategically placed picnic tables, just gazing at the Three Sisters, with absolutely no perception of the outside world. If only we’d brought a picnic…(and if we go back, it’ll have to be soon — the campground is only accessible when the McKenzie Pass is open, from mid-summer to mid-Novemberish, depending on snow).

Instead, after I took a ridiculous number of photos, we kept walking, exploring the area surrounding the lake (even rousting a nearby nesting heron). Not a bad way to spend a sun-drenched 60-degree fall day. Not bad at all.

Here’s a quick photo tour of our trek around the lake: 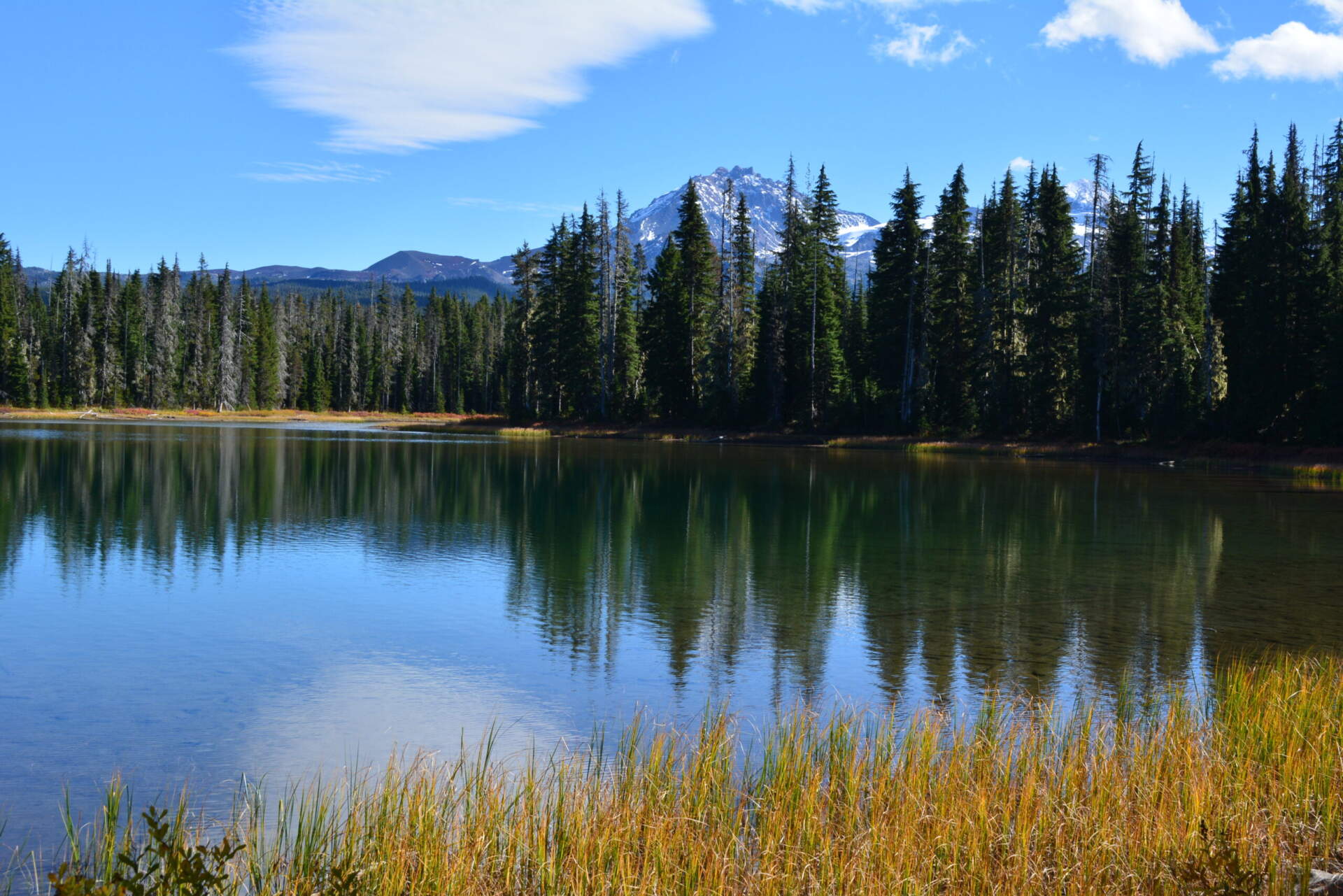 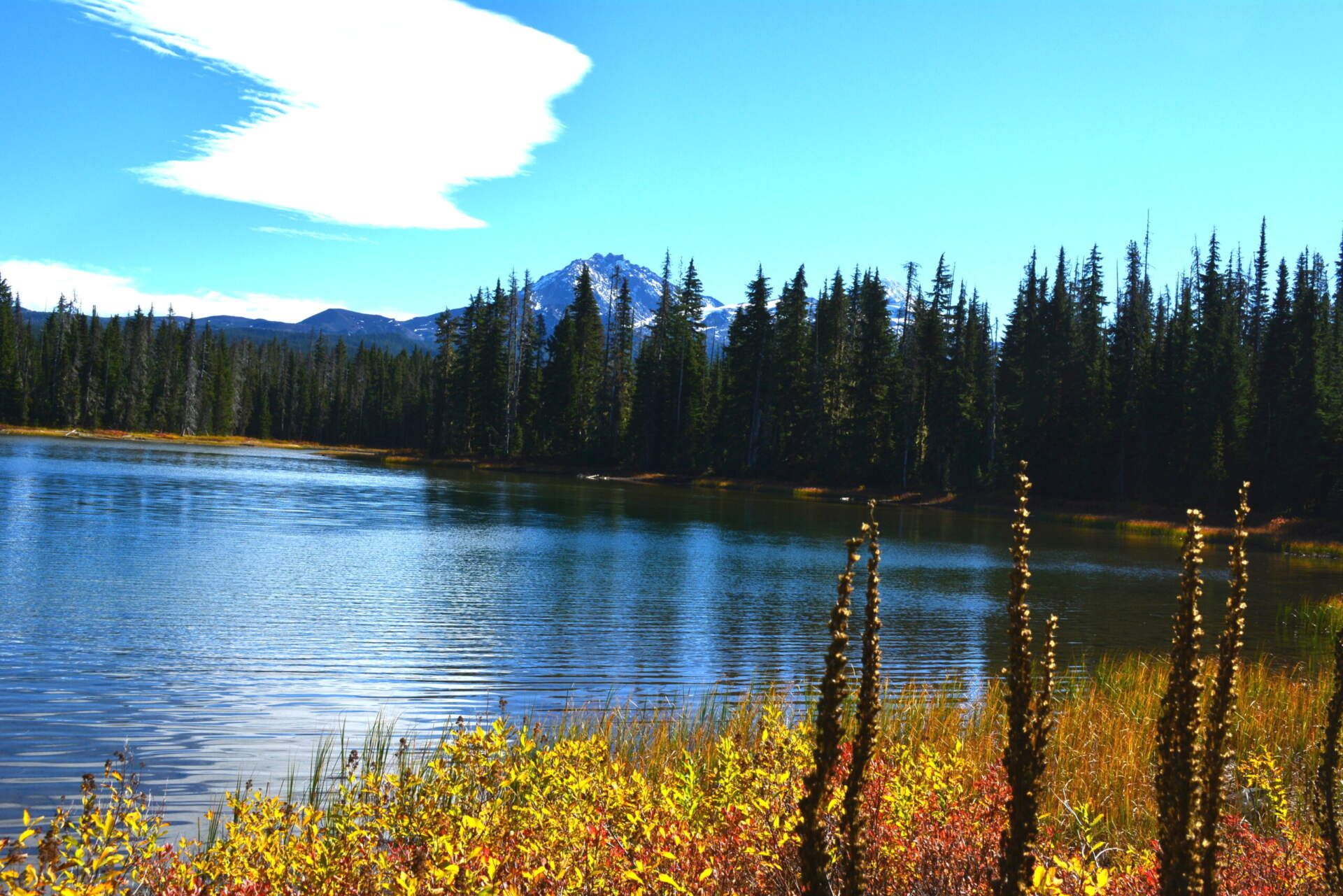 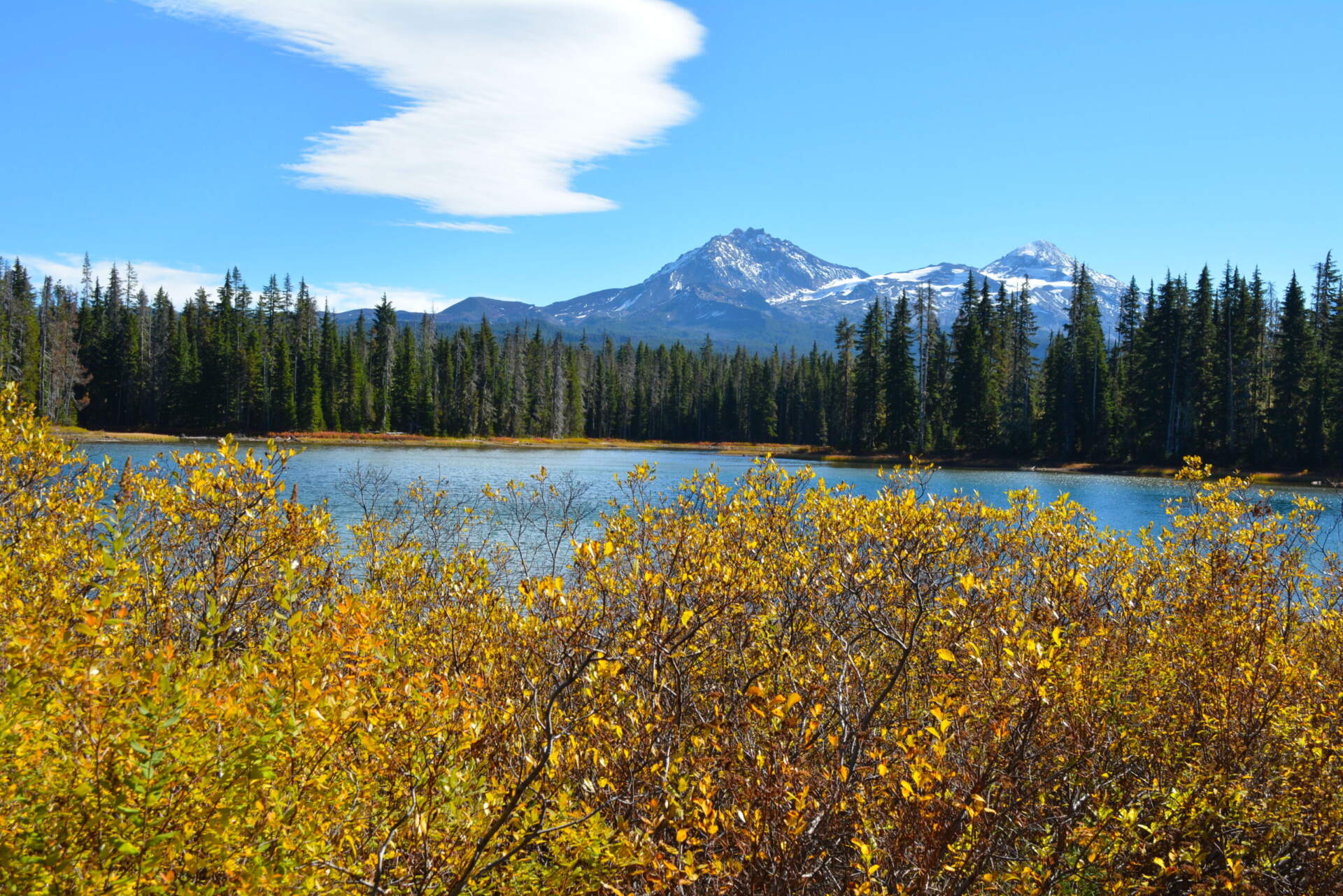 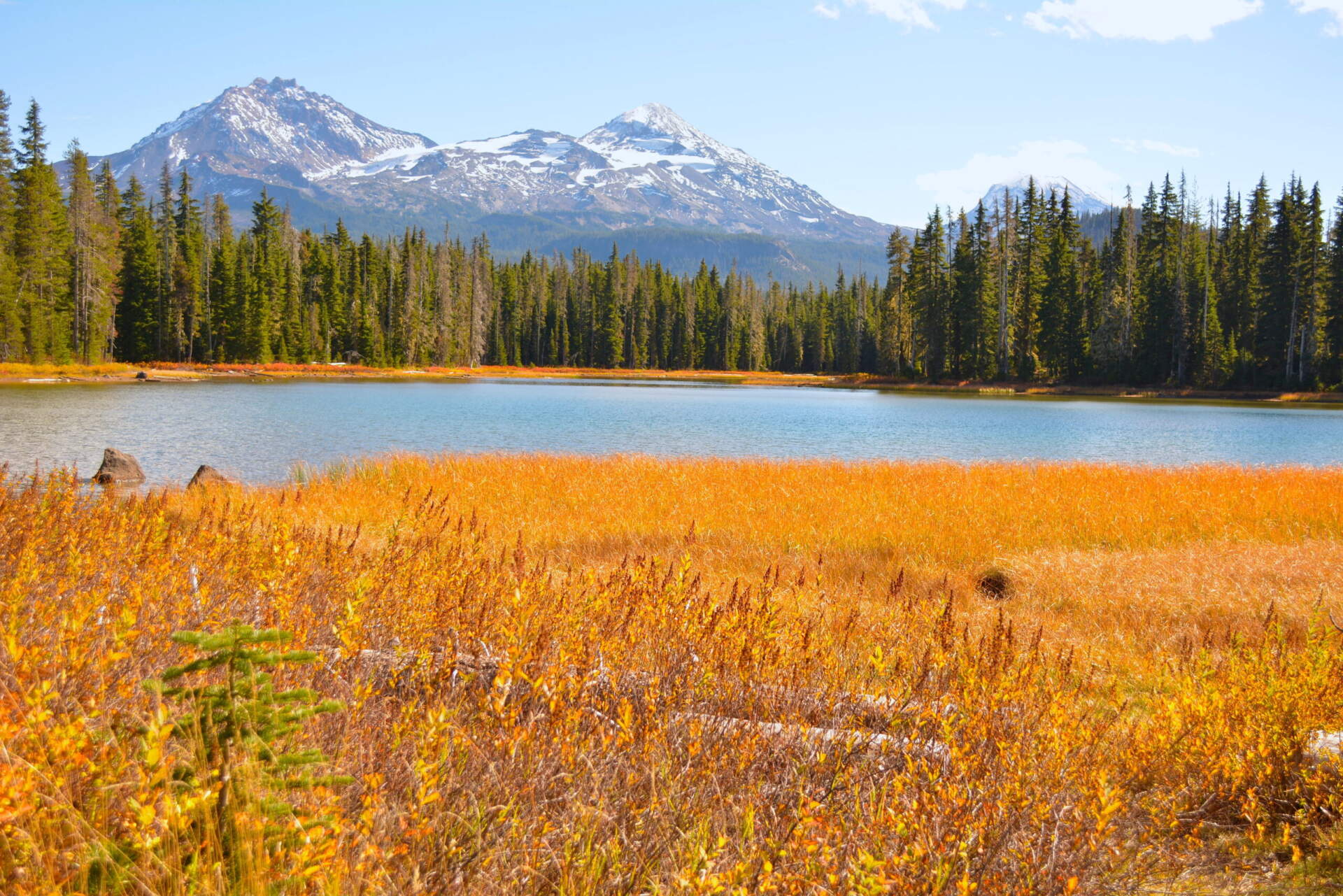 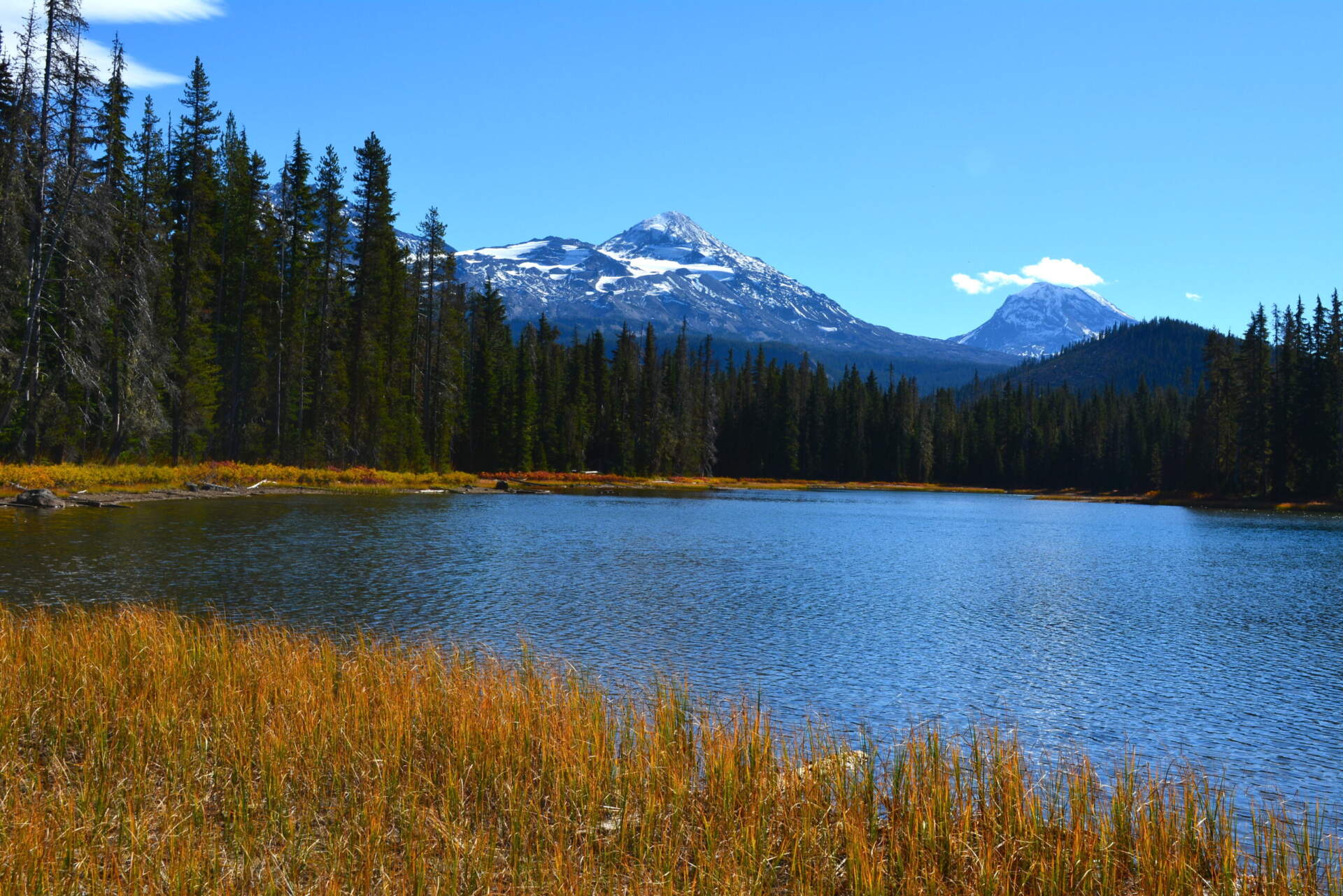 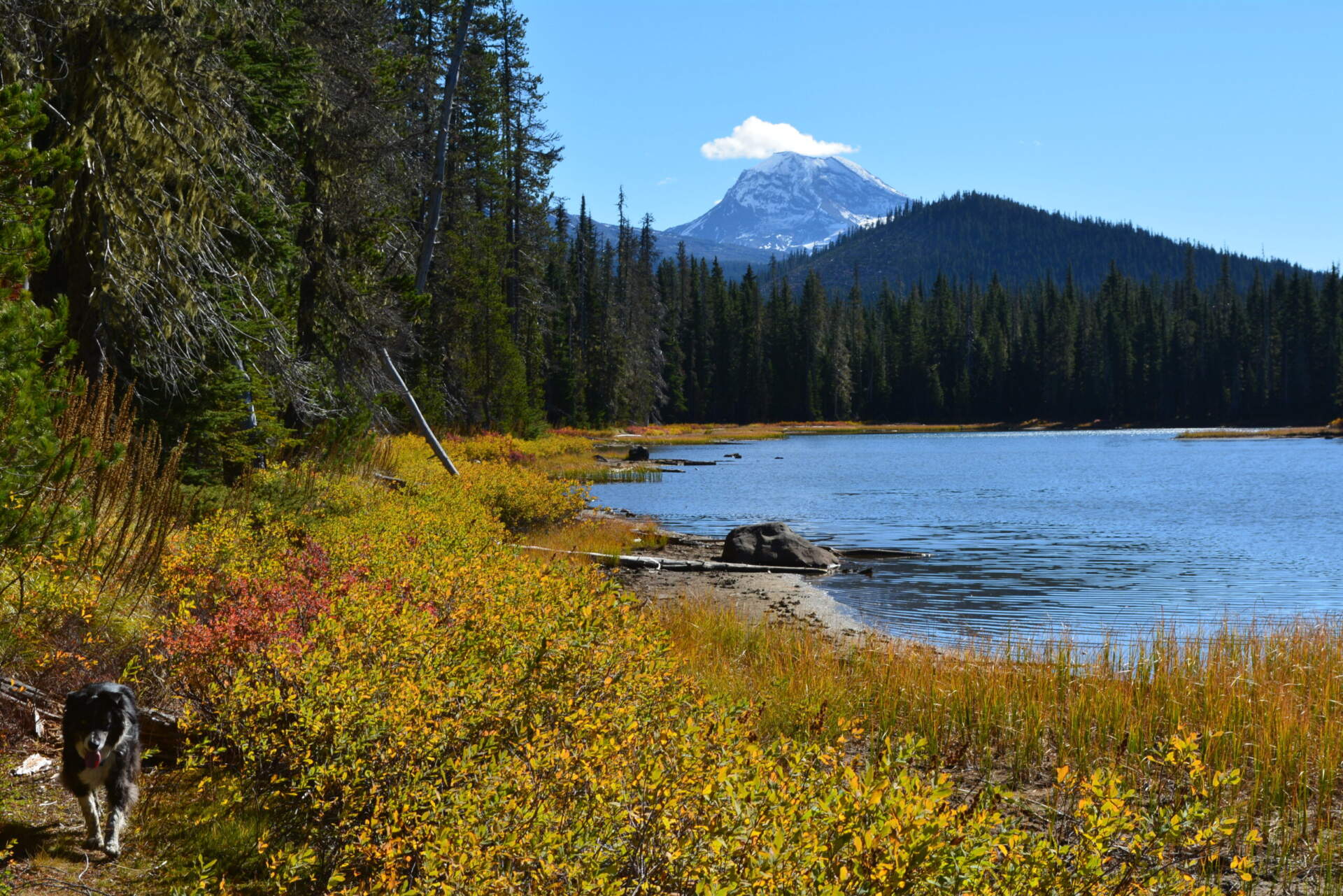 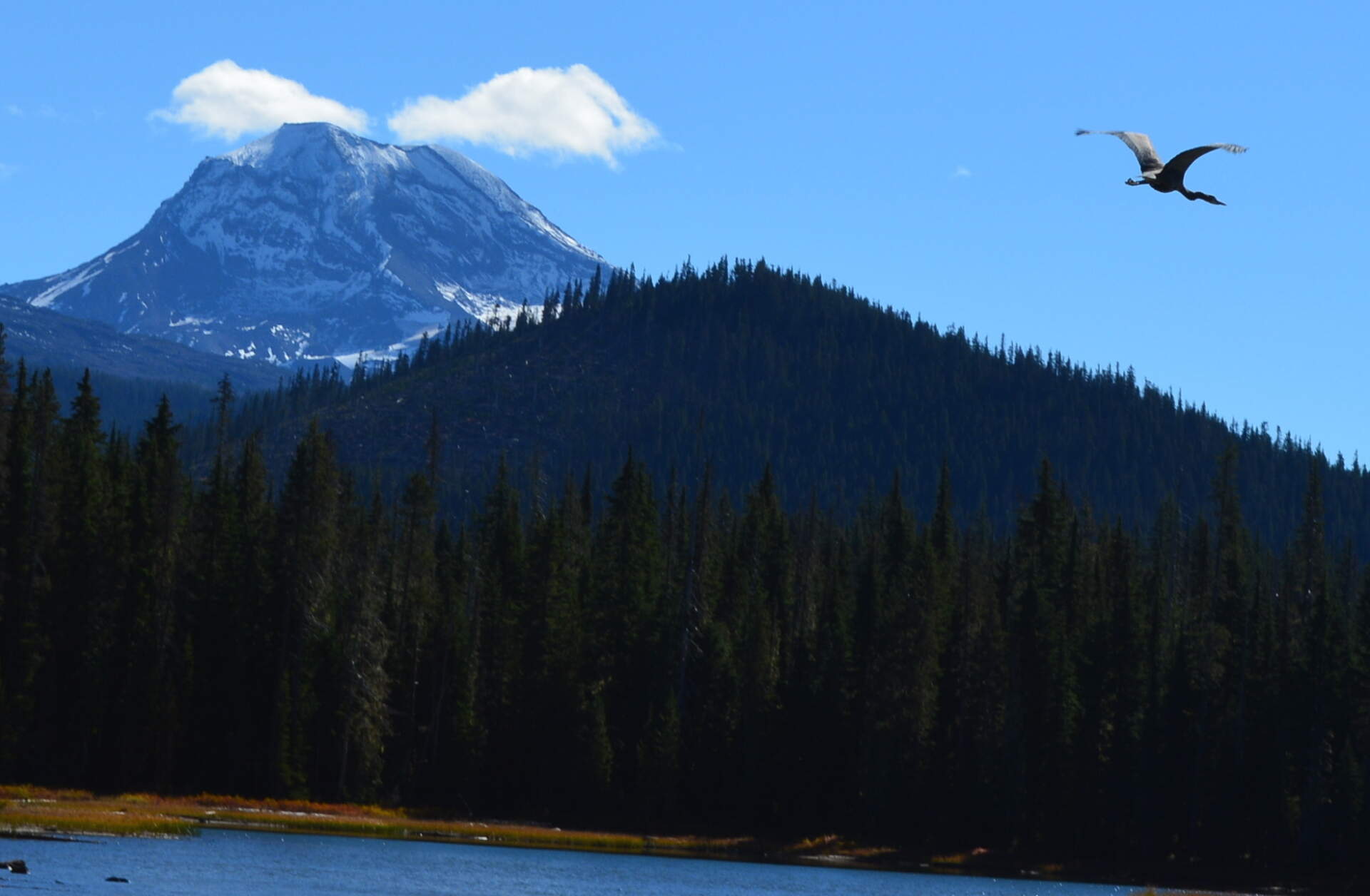 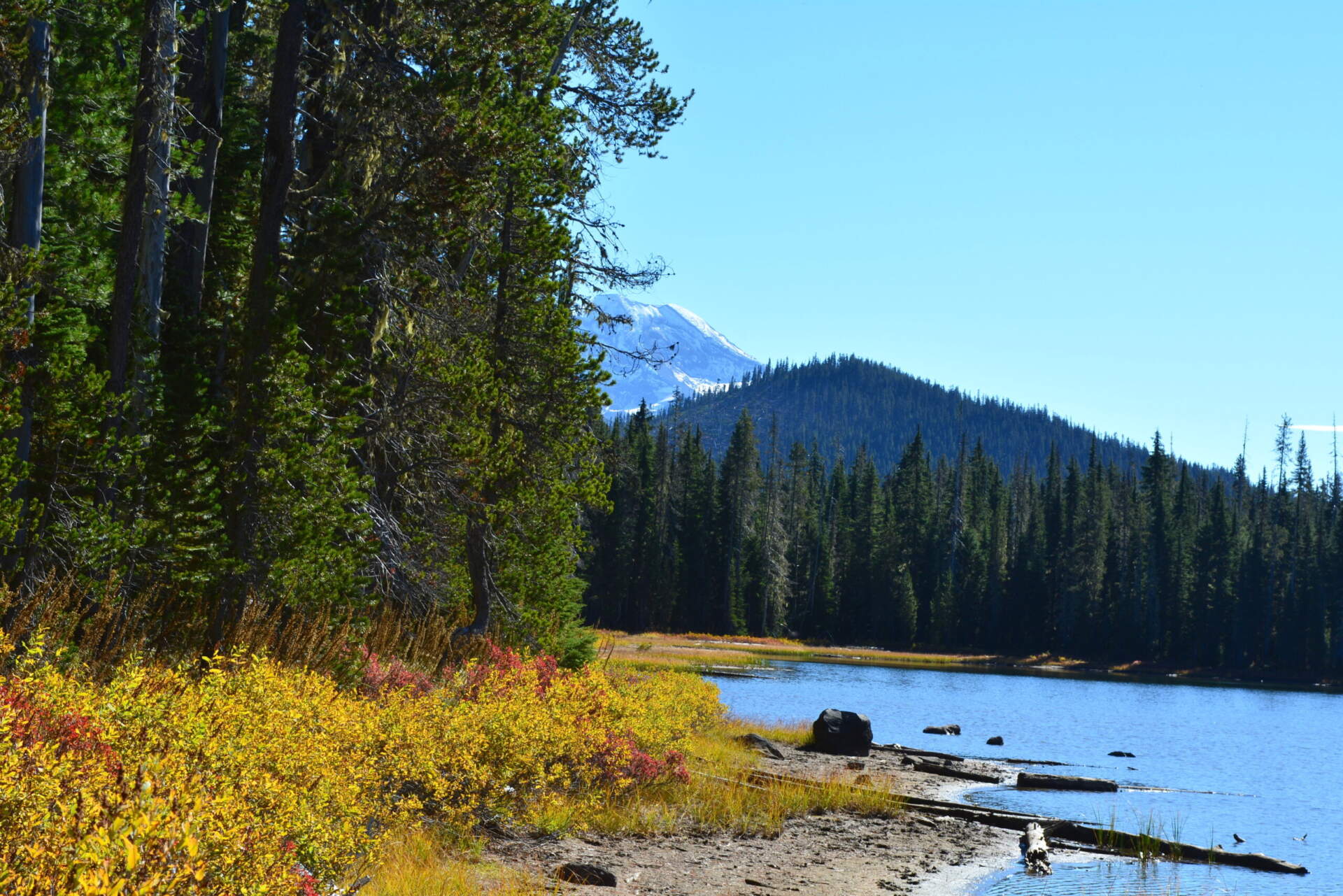 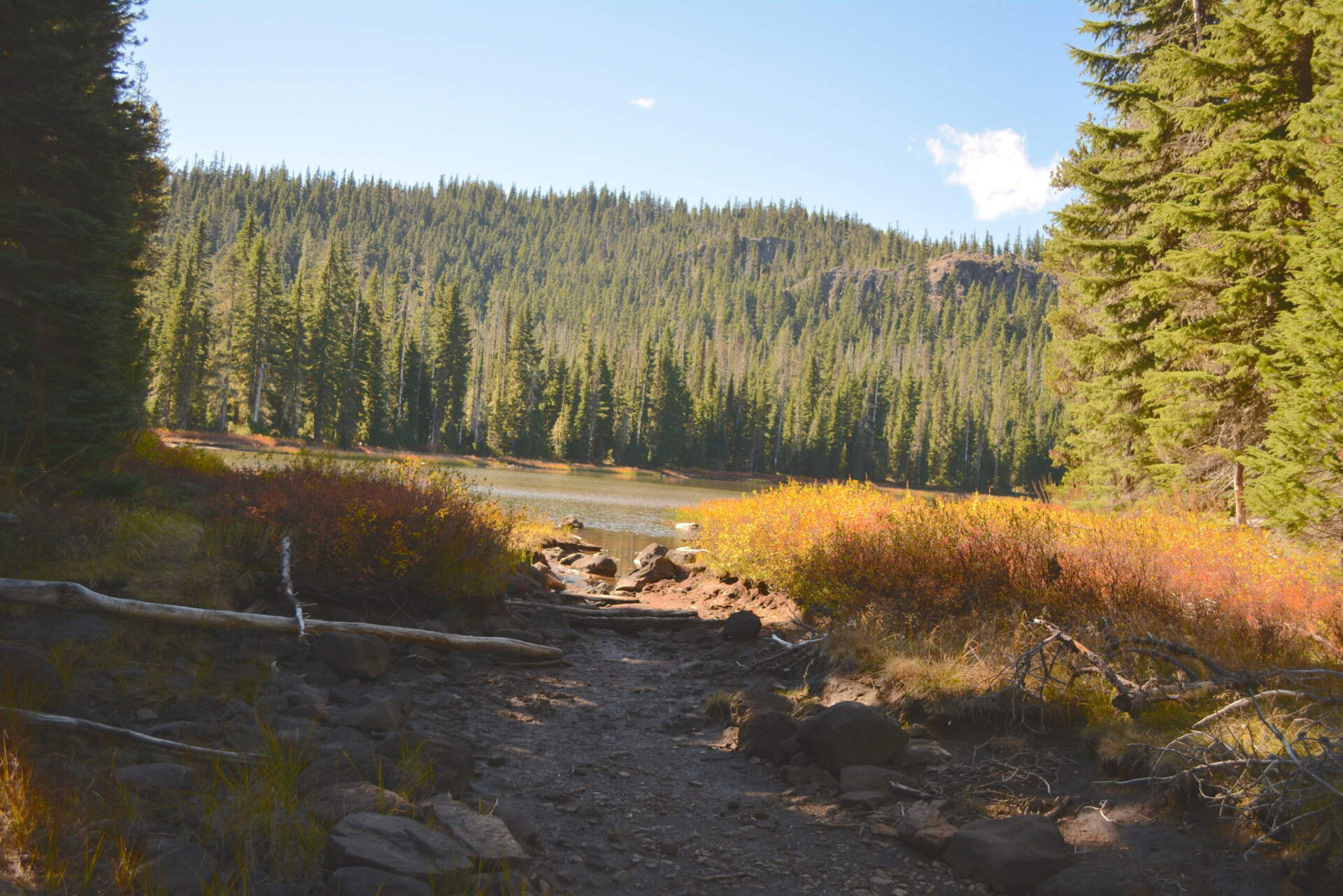 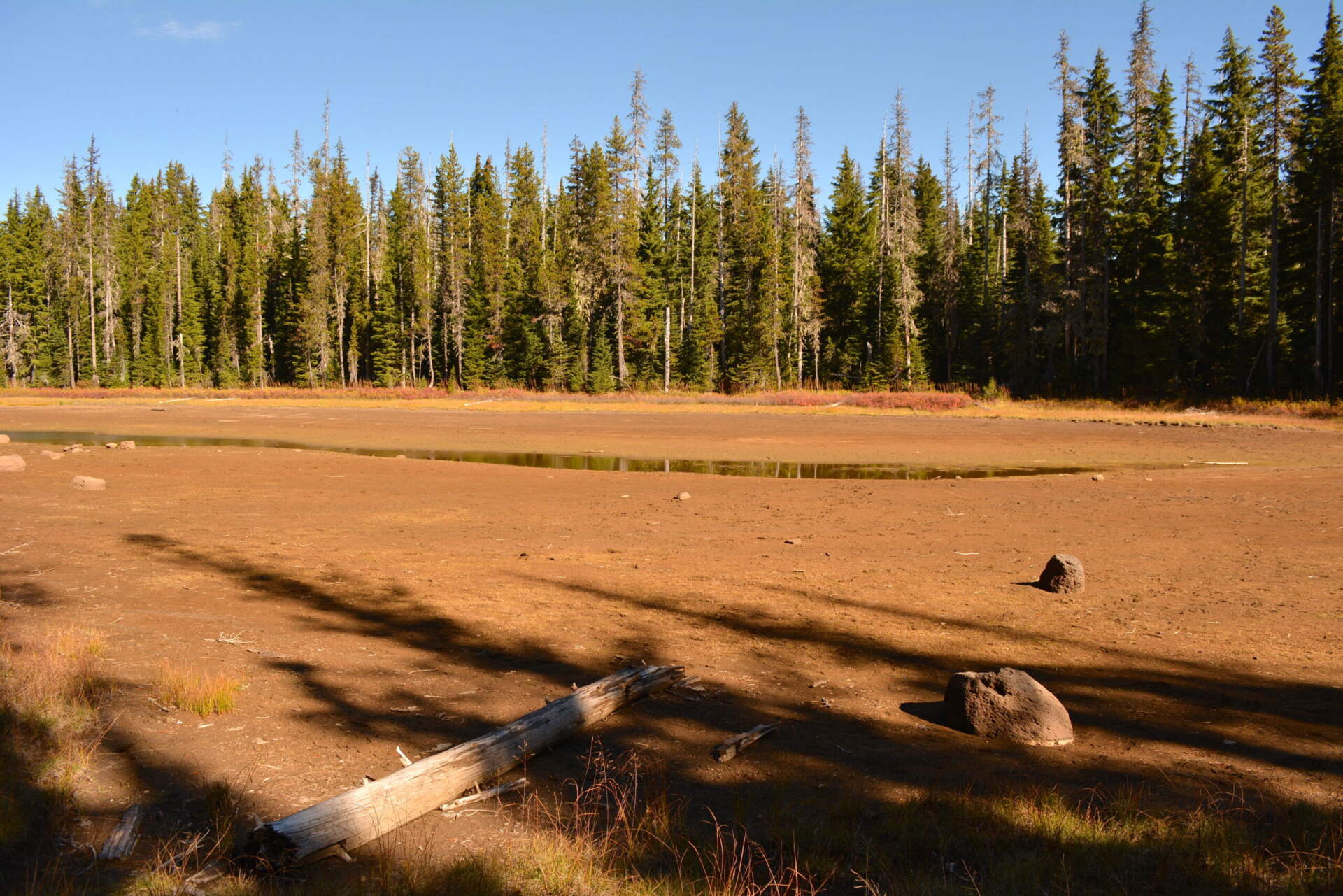 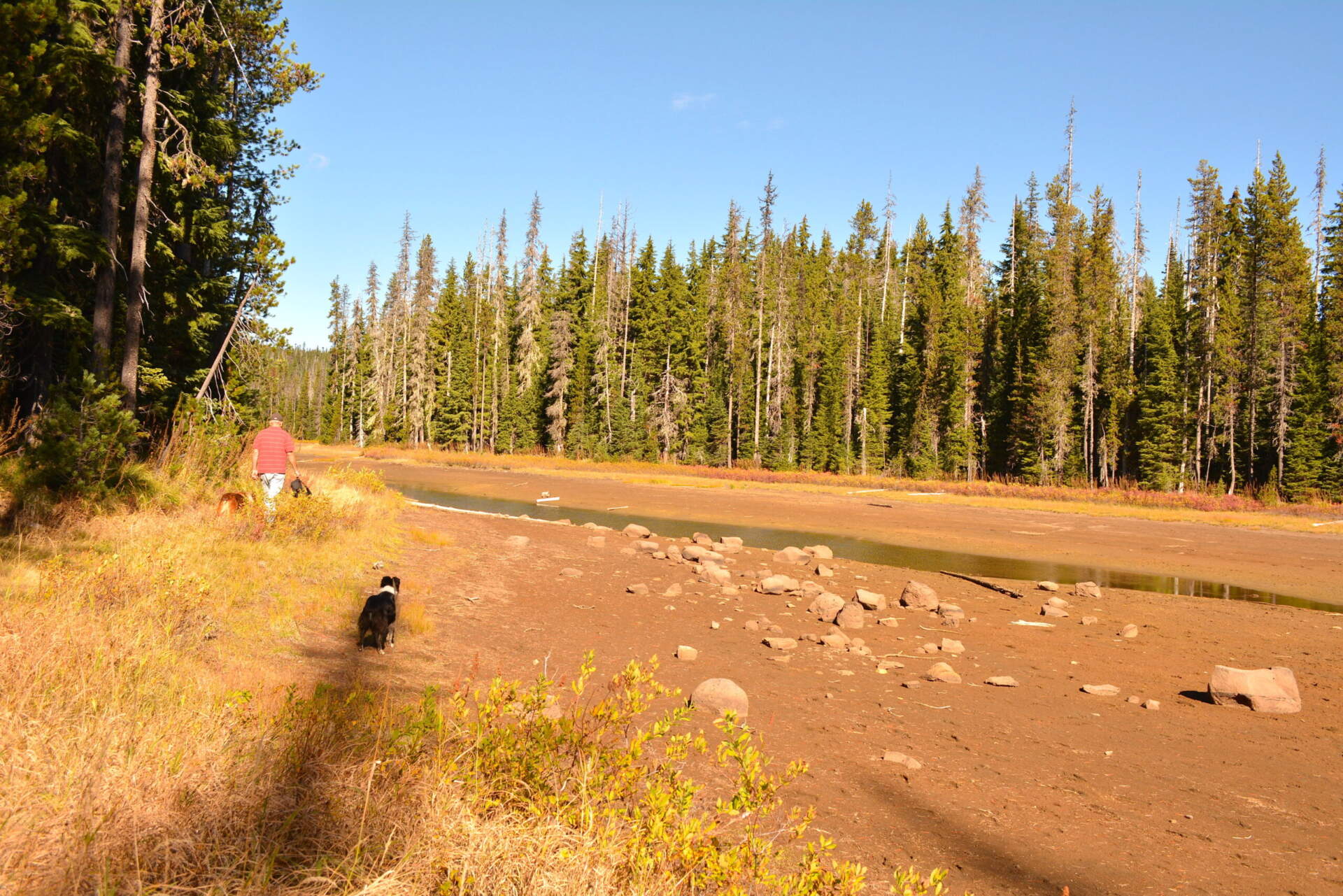 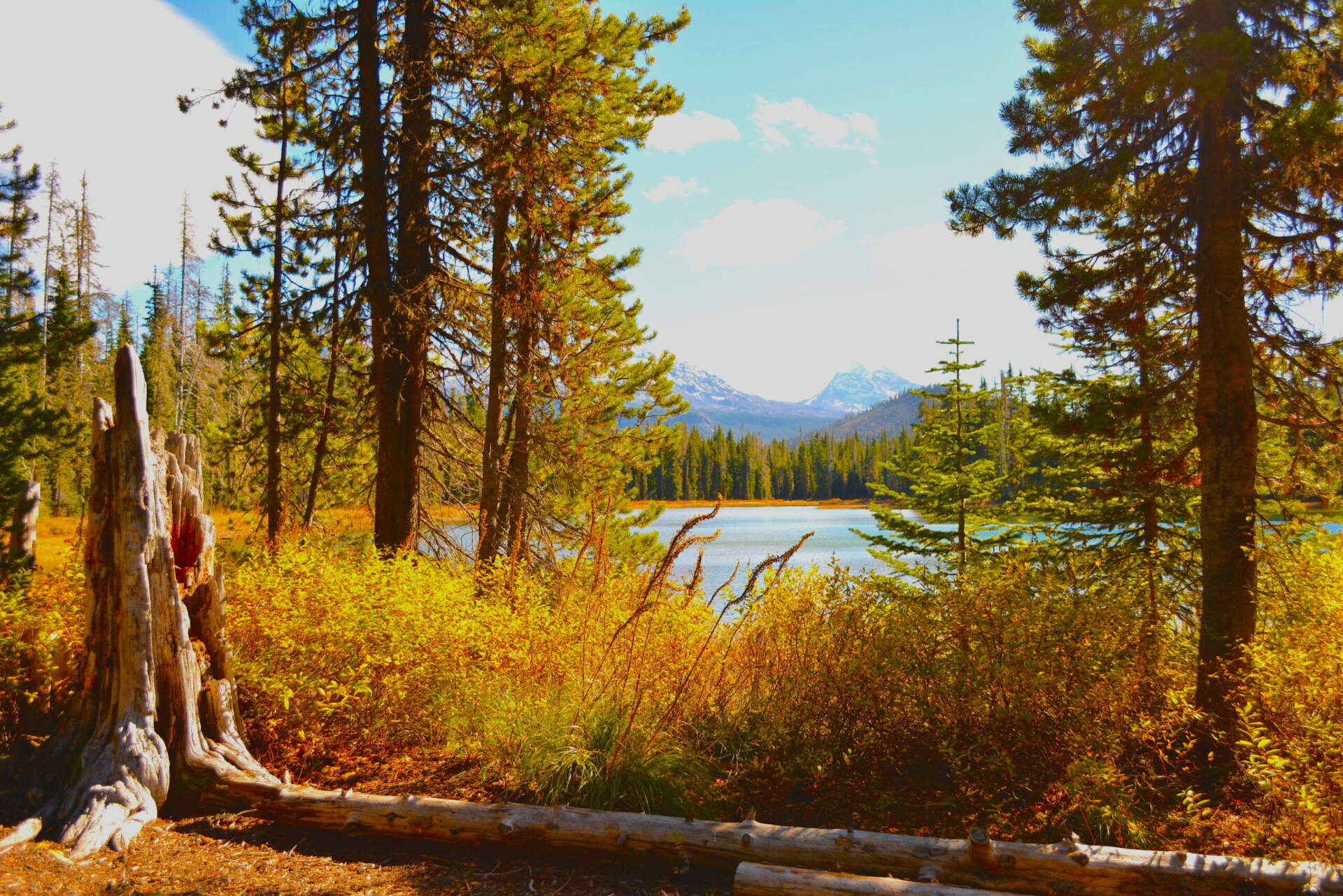 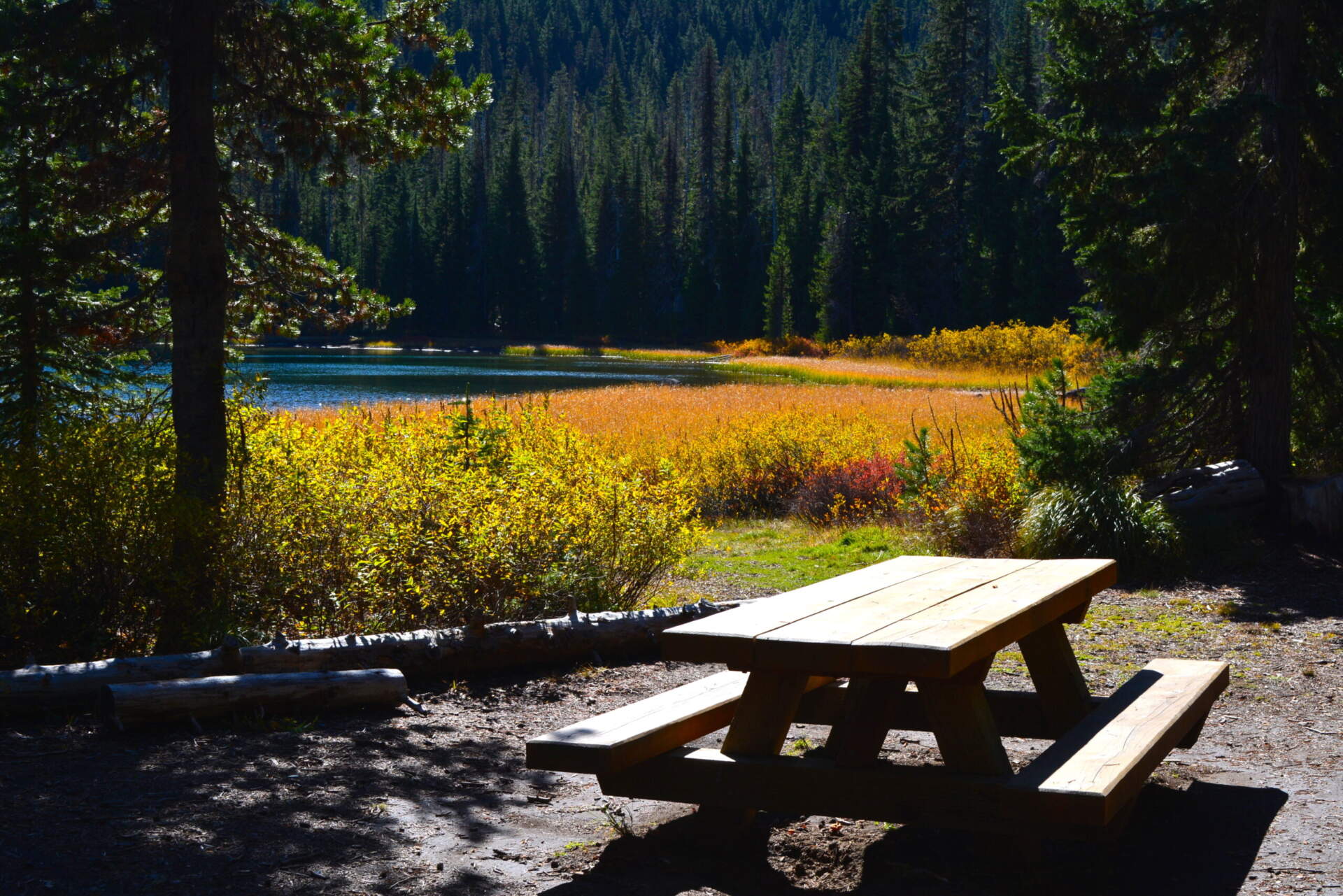