Dealing with Disaster: Lessons Learned at the Sisters Preparedness Fair 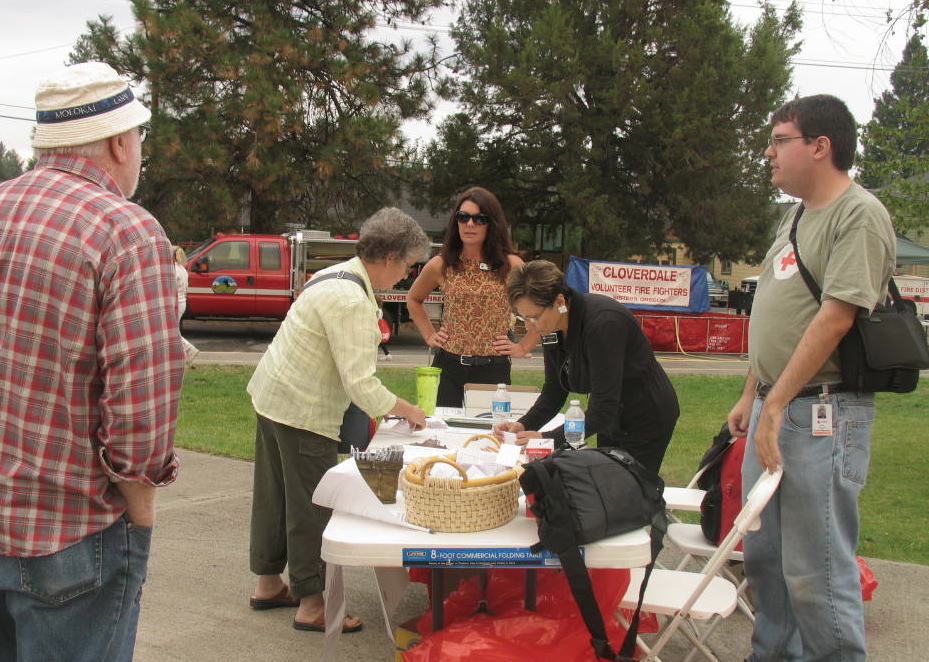 Last Saturday, I participated in the Sisters Country Prepared and Ready: Emergency Preparedness Fair (the Central Oregon Oregon Association of Realtors was one of its sponsors). Held at the Sisters Elementary School, it couldn’t have been a more timely event — what with the ominously close Pole Creek Fire blazing in the background.
In fact, the fair opened with an update on the status of the fire, provided by Incident Commander Brian Watts and several of his peers. The news was not good: High winds and increased temperatures had kicked the fire into overdrive — by Saturday, the number of acres that had burned had tripled (15,000 and counting).

After the update, I sat in on two speaker presentations provided by Oregon Red Cross. First up, Oregon Region CEO Maree Wacker provided an eye-opening discussion of the Cascadia Subduction Zone, which I had never heard of but will now never forget because of its potential impact on the Pacific Northwest. The zone exists 50 to 75 miles beyond the Oregon coast, where two of the Earth’s tectonic plates meet and one slides under the other. Historically, it’s been known to produce earthquakes exceeding magnitude 9.0 (i.e., the most powerful in the world). And, apparently, we’re overdue for a quake. Wacker discussed what we can expect to happen in the quake’s aftermath (including a major tsunami) and how we can be better prepared for it. (Here’s a video of her discussing the topic on a Portland newscast).
Next, Director of Preparedness Francisco Ianni talked about the importance of making sure we have a plan for emergencies in place at our homes. In fact, he pointed out, the folks most likely to survive a disaster are the ones who have made a specific plan for responding to potential disaster. I was shocked to learn that on Sept. 11, 2001, it took the average occupant of the World Trade Center towers six minutes to respond. In the heat of the moment, our brains instinctively freeze, Ianni said, which is why having a plan already in place is critical.
For those who’d like to get better prepared, there are several valuable resources available, such as ready.gov, which was created to educate and empower Americans to prepare for and respond to emergencies. Another great tool that Wacker and Ianni mentioned: the new Red Cross First Aid mobile app, which I promptly added to my phone. Not only does it provide a litany of first-aid information (including how-to videos), but it also has detailed info on how to prepare for emergencies (everything from drought, house fire and earthquakes to flooding, power outages — and, yes, wildfires).
Outside the school, various emergency-related vendors provided access to all sorts of products and information — everything from emergency food supplies, emergency cooking sources (including ovens powered by the sun) and emergency water storage to what to include in a disaster kit and how to handle pet evacuation.
Representatives from a number of area disaster-related organizations were also on hand, including the Cloverdale and Sisters-Camp Sherman fire departments, Black Butte Police, Habitat for Humanity, Oregon Emergency Management, Deschutes County Search & Rescue, LifeFlight Network and AirLink Critical Care Transport.
Here are a few more photos from the fair: 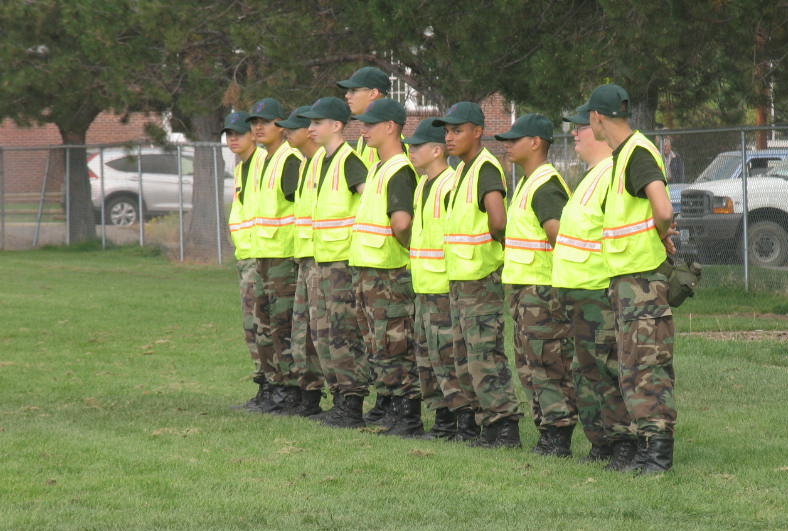 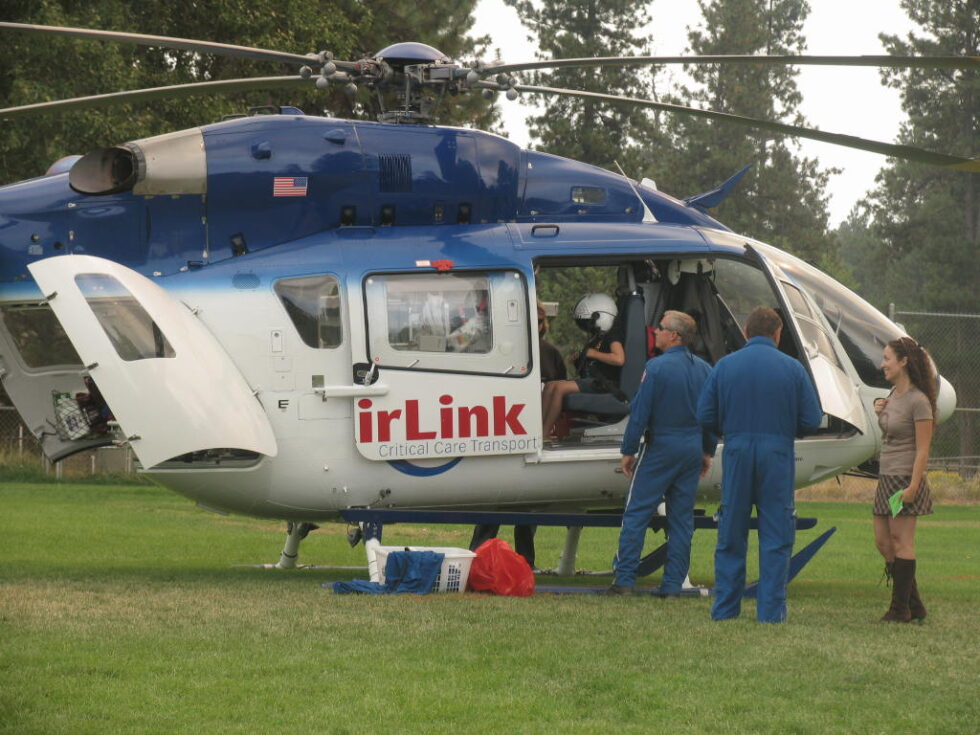