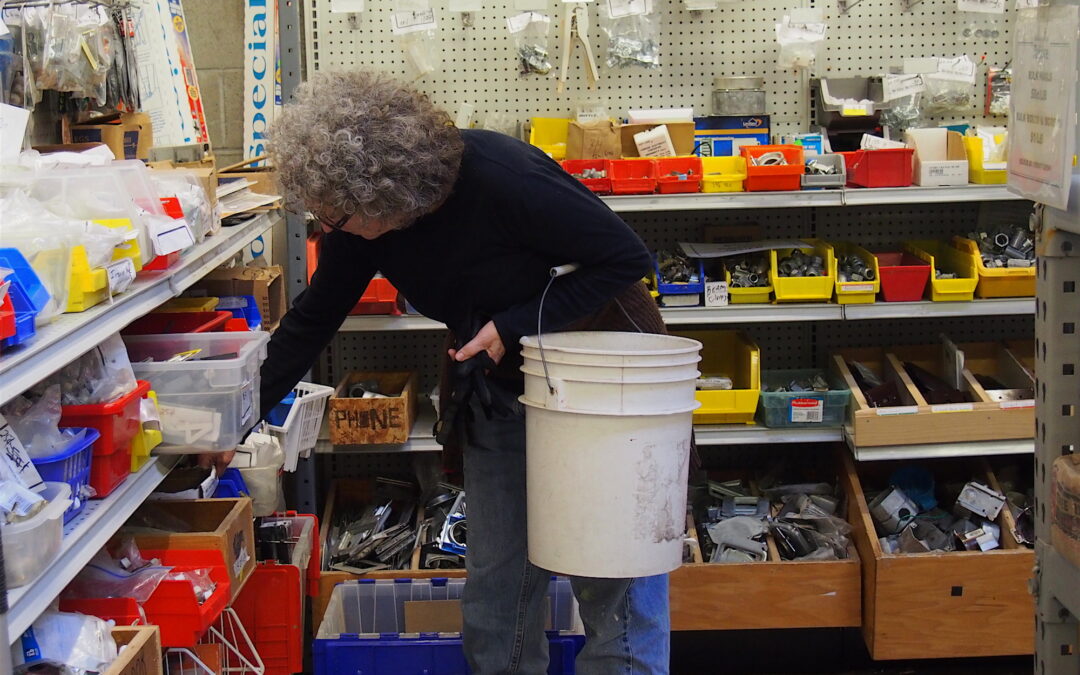 Fans of the Bend Area Habitat for Humanity ReStore, take note: The third-annual Furniture Flip Design Challenge is just around the corner. Appropriately enough, the annual fund-raiser coincides with Earth Day: Saturday, April 22. And, no, that wasn’t a coincidence: The event was designed, in part, to serve as a reminder of the ReStore’s commitment to “Reduce, Reuse and Recycle.”

This year’s Flip is the largest so far, with the most diverse group of artist/designers to date. It’ll feature the handiwork of a dozen area designers, plus teams from Stemach Design & Architecture, Ascent Architecture, Junque in Bloom, Art Castaways, Grizzly Ridge Upcycle, Handstitch Studio and Jeanne’s Junk.

For the uninitiated, the ReStore is Habitat’s nonprofit home-improvement store/donation center, which sells new and gently used furniture, home accessories, building materials and appliances to the public at greatly reduced prices. The goal of the Furniture Flip is to challenge local artists and designers to take furniture and household goods that others have discarded – – items that are ReStore’s stock-in-trade — and transform them into distinctive artworks and furniture pieces. Those creations are then presented to the public and sold (with the proceeds benefiting Bend Area Habitat’s efforts to enable homeownership) during a celebratory Earth Day-inspired event. 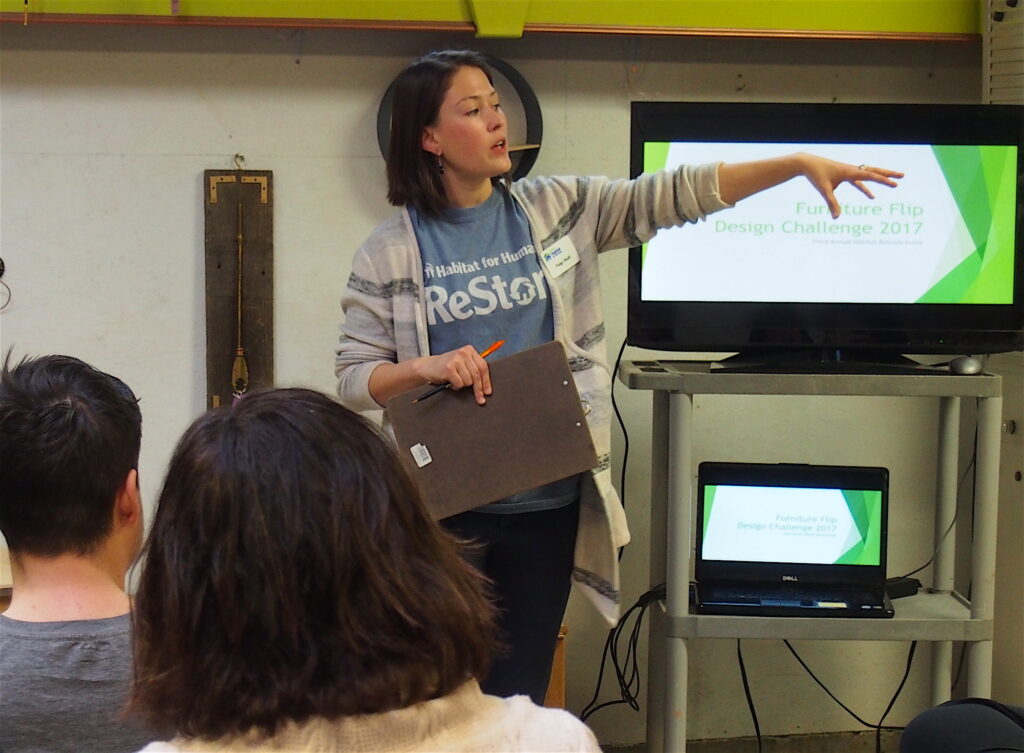 This year, Bend’s premier maker-space, diyCave, and artist collective Stuart’s of Bend are hosting the event in their back yard at 9th Street Village. Having the design challenge at this new communal artist space is a real coup for Bend Area Habitat.
What’s more, DIYcave has once again generously partnered with Habitat to provide its workshop resources to all the Flip teams during the month that they’ll be creating and assembling their projects.

The Flip process actually began back in February, when Bend Area Habitat staff issued an open invitation to designers and creative-types in Central Oregon to apply for the Challenge. Then, each participant (or team) that was selected was given the option of creating up to three home-design projects that address three different themes (which vary each year). The designers were given one month to “flip” those items into a memorable new project, which will be sold via auction during the live Flip event on April 22. 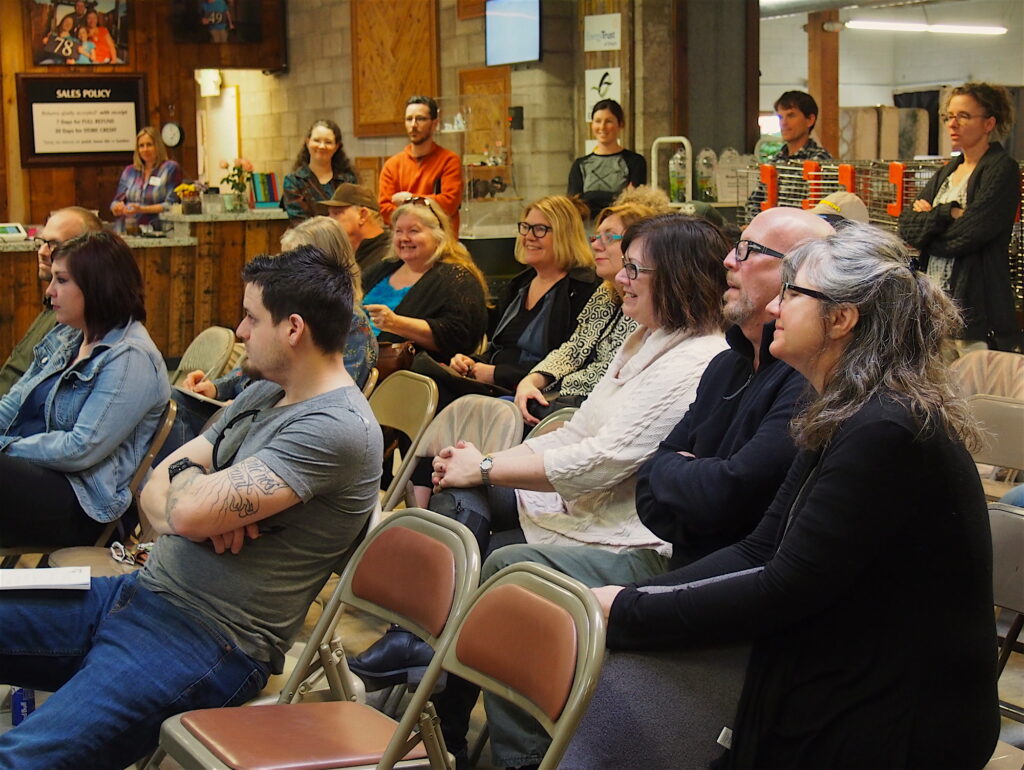 Earlier this week, all the artist/designers gathered at the Bend ReStore to learn what this year’s three themes would be. During the reveal, Bend Area Habitat Sales and Marketing Manager Paige Shull reviewed the guidelines for the competition with the group and then unveiled the themes. Then the participants were given an hour to shop the store in search of potential treasures to transform.
Here are the themes:

All the finished works will be for sale at the Furniture Flip event via auction, with the proceeds benefiting Bend Area Habitat for Humanity. A panel of judges will present several awards for each theme:
Award Details

Theme awards will be determined by the panel of judges and be presented to the Designer or Design Team.

Here are a few more photos from the Flip Reveal: 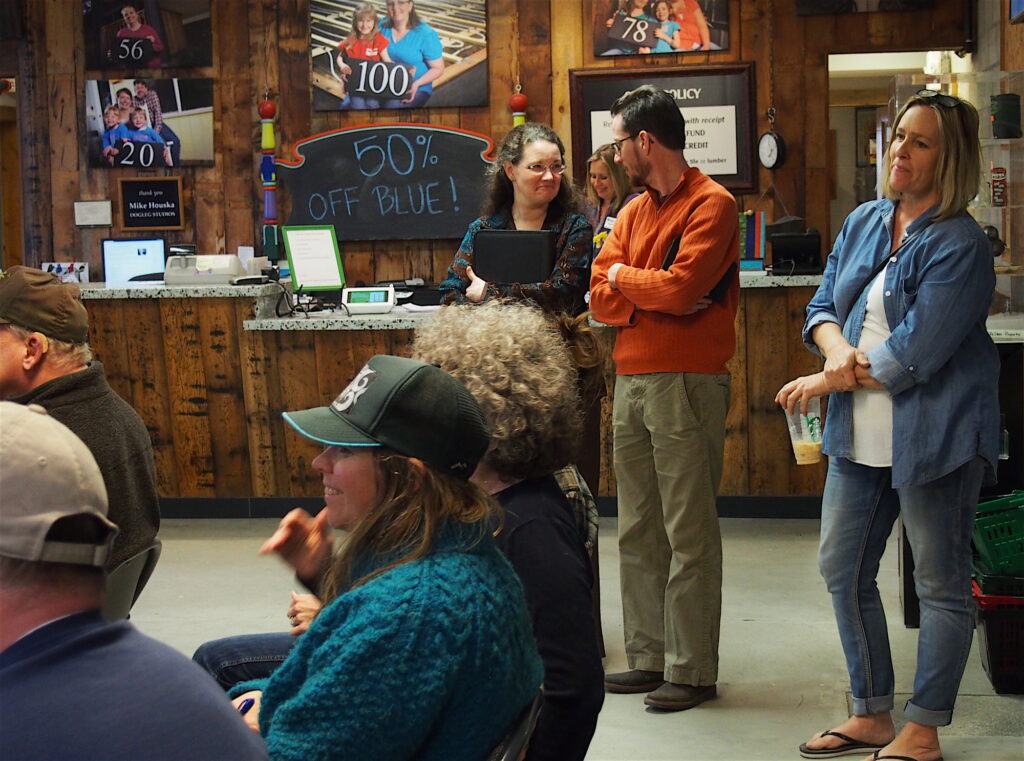 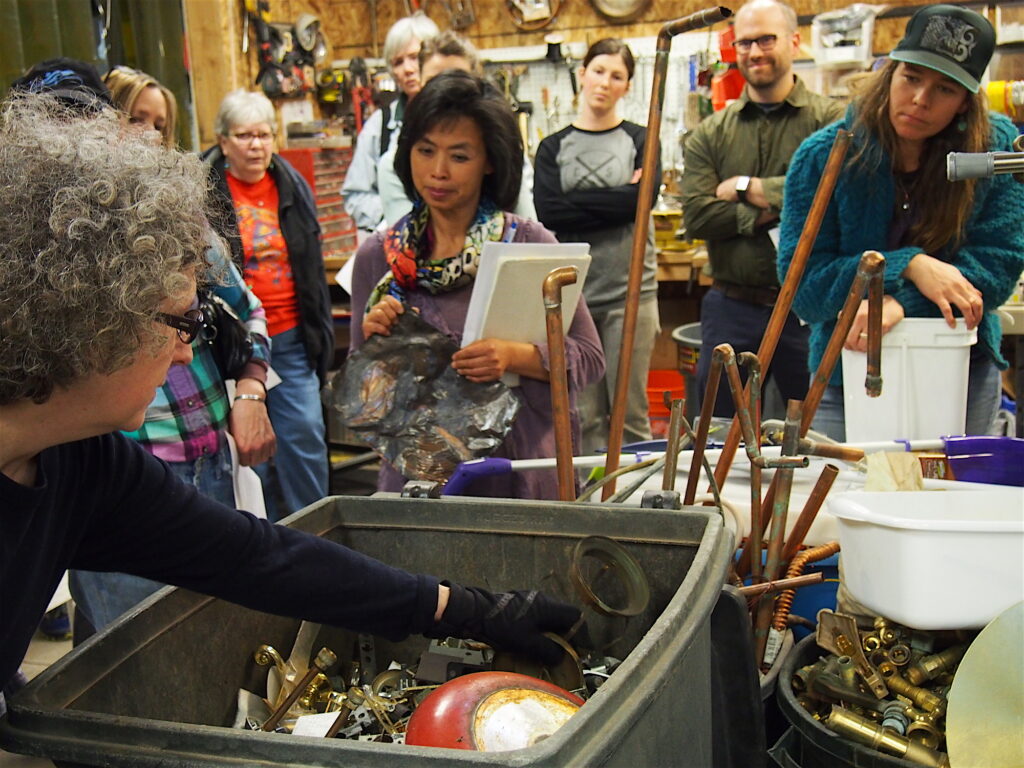 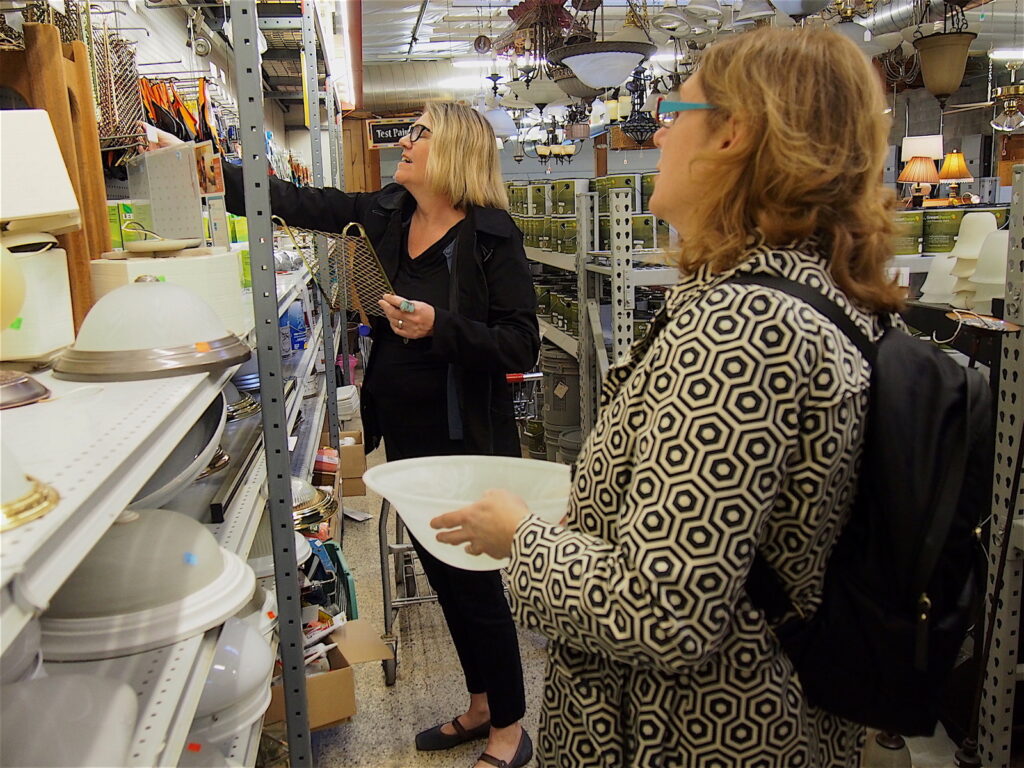 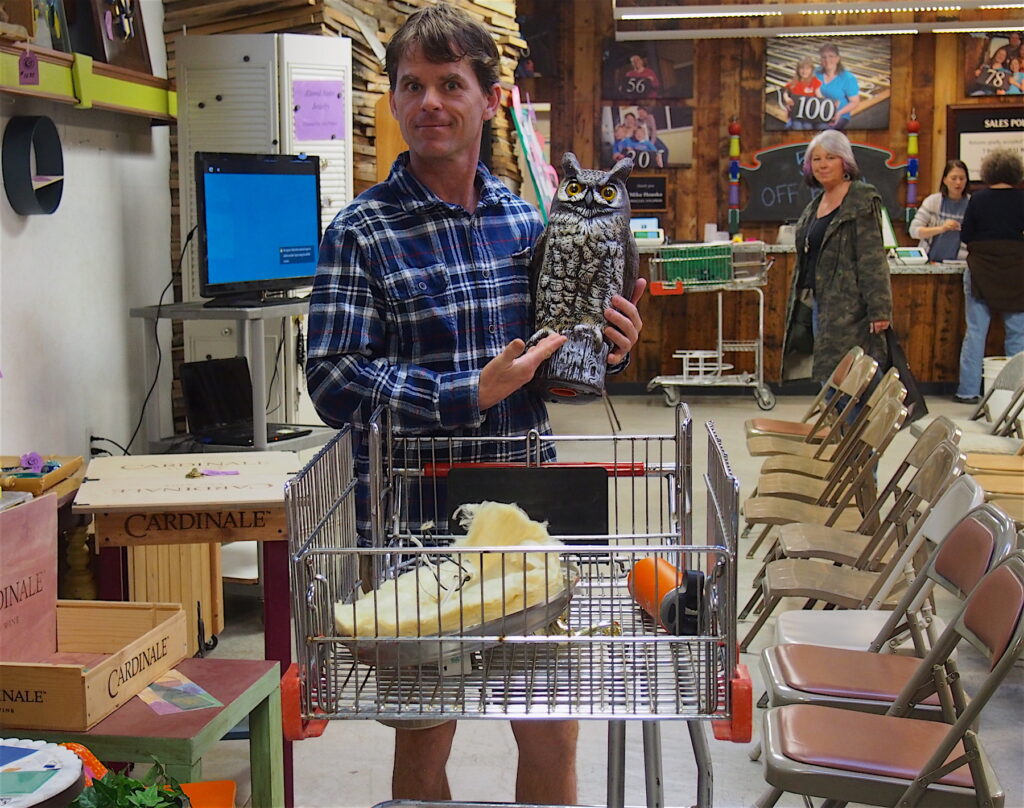 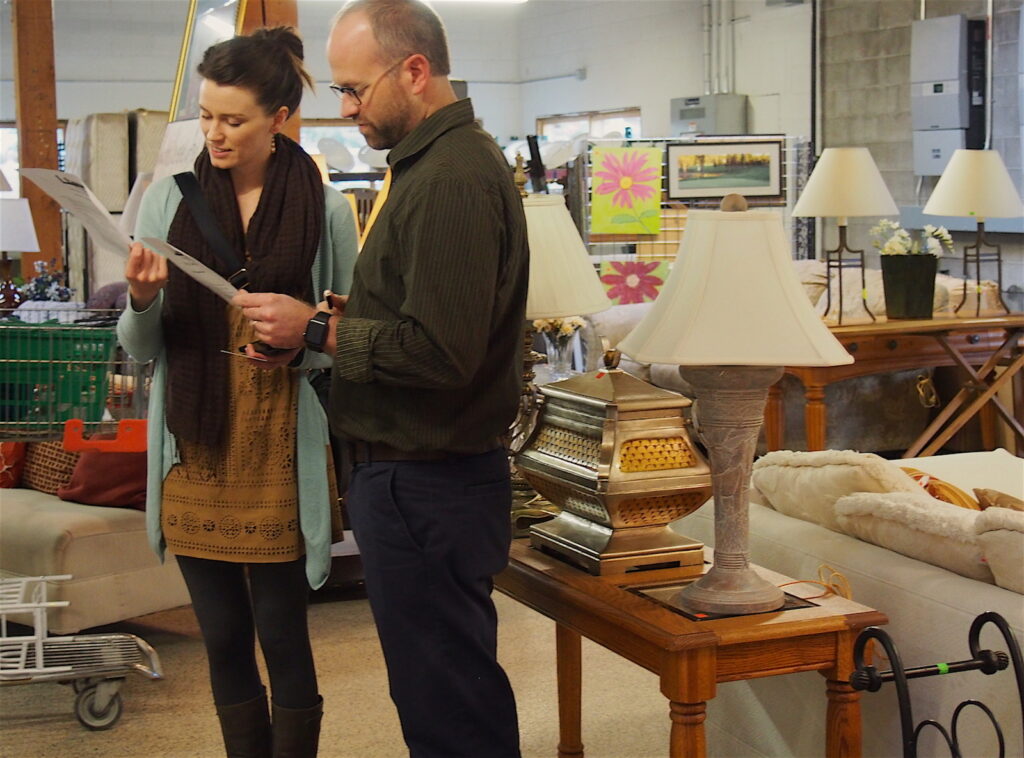 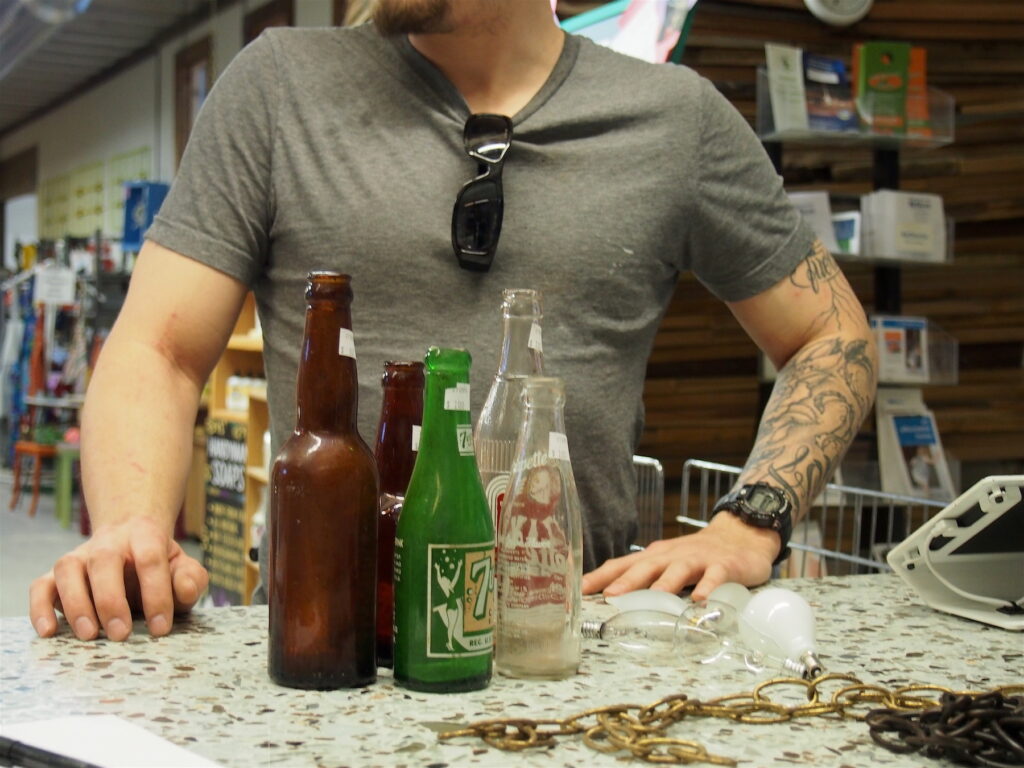 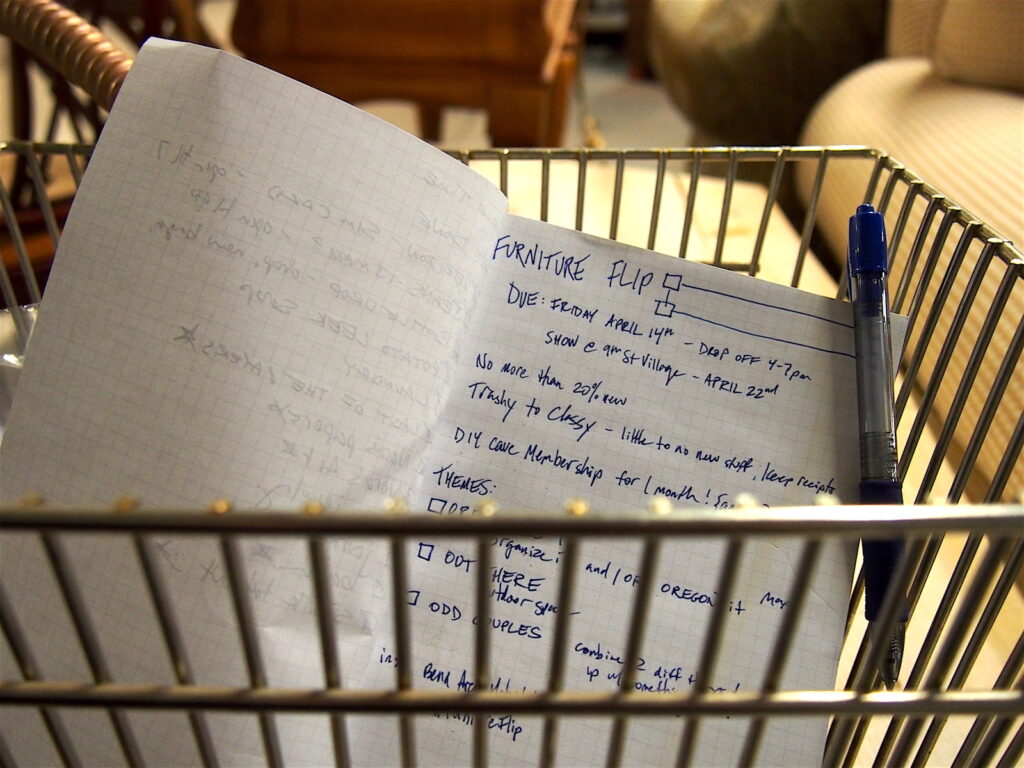 Event Details: Saturday, April 22nd from 4-8 pm at 9th Street Village (behind DIYcave) and Stuart’s of Bend, off 9th and Wilson. $5 entry, plus $5 cup for drinks (or bring your own mug and have your first drink on us). RestoresFurnitureFlip.com.