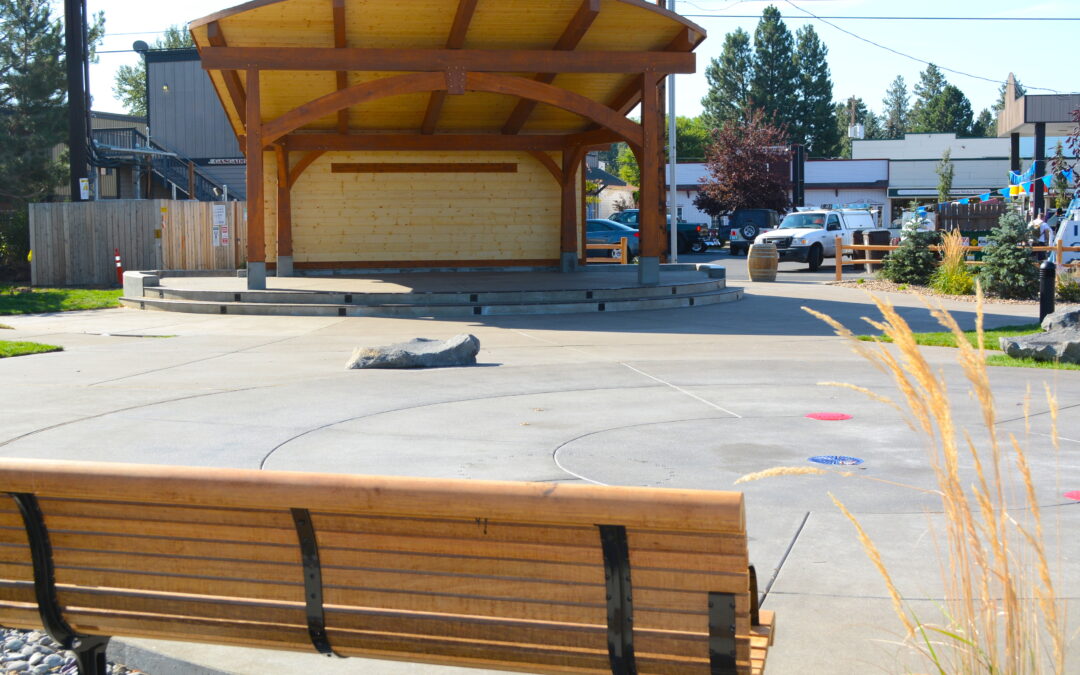 Back in 2011, the Sisters Parks Master Plan identified the development of this public gathering spot (located at the corner of Fir and Main streets) as a top priority for the Sisters park system. It wasn’t until July 2013, however, that any real plan was put into place. That’s when the city received a big boost: It was awarded the 2013 Oregon Parks and Recreation Department Local Government Grant. With that grant, the City of Sisters received $206,534 to go toward the design and construction of Fir Street Park (50 percent of the cost of the project; to pay for its half, the City tapped urban-renewal funds).

The centerpiece of the park is a beautiful curved Craftsman-inspired timber-frame pavilion — another rather serendipitous component.

Eagle Scout project of Sisters Boy Scout Rory Petterson, who designed the structure and worked with a crew of volunteer woodworkers to erect it during a Kiwanis-sponsored workshop, under the tutelage of Kris Calvin of Earthwood Timber Frame Homes (the wood for the project came from the Earthwood Homes yard).
City employees added the roof, along with the park’s other features: a splash play area, a performance stage and seating area, a picnic facility and (thank you very much) a public restroom facility.
All in all, it’s another welcome addition to town.

Another view of Fir Street Park, showing the pavilion and nearby public restrooms.