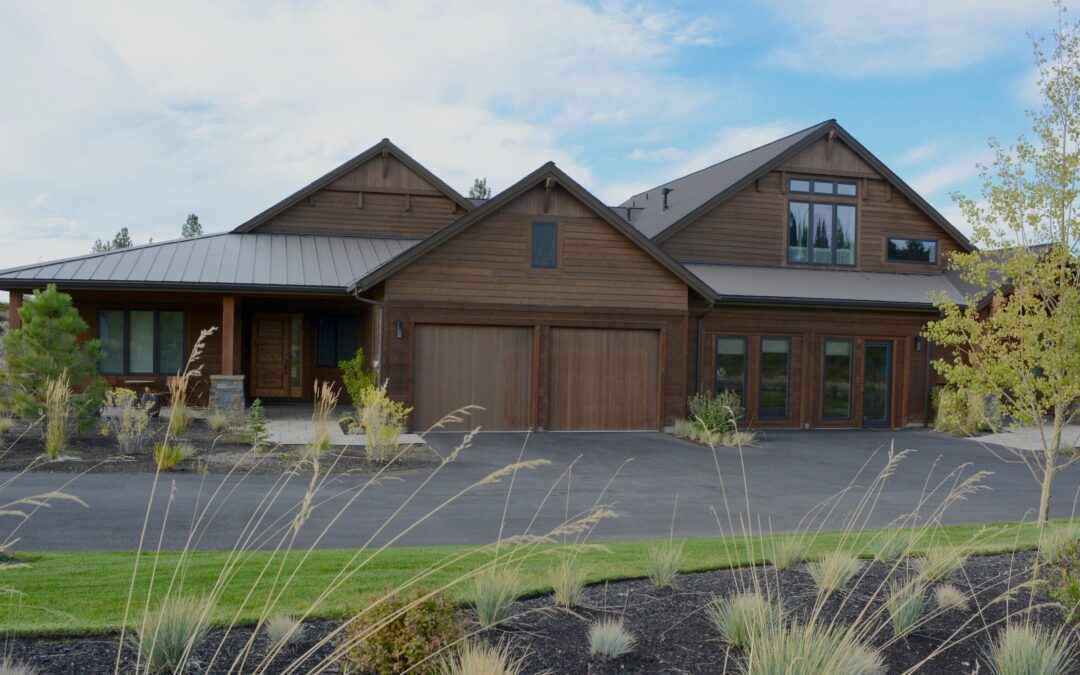 Judging by the first-quarter statistics for the Central Oregon real estate market, it’s been a year of progress overall compared to the first quarter of 2014, with both the total number of sales and the average sales amount up pretty much across the board in Bend, Redmond and Sisters, compared to this time last year. (See the charts below for the numbers at a glance.)
According to statistics gathered by MLSCO (the Multiple Listing service for Central Oregon), the largest gains in total sales were among the area’s Residential With Acreage (RW) listings. Sisters’ 14 Closed RW sales accounted for a whopping 55.56 percent increase, followed closely by Bend’s 68 RW sales, an increase of 54.55 percent. Redmond’s 22 RW sales signified an increase of 22.22 percent.
Gains among the area’s Single Family Residential (SFR) listings were a little less dramatic. Redmond‘s 146 SFR sales accounted for a still sizable 14.06 percent increase, compared to a 4.85 percent increase for Bend‘s 411 SFR sales.
The only decrease in sales among SFR listings was in Sisters, where the 19 sales signified a 9.52 percent decrease.
However, the average sales price for SFR listings in Sisters did not decrease – far from it. It increased almost 37 percent, up from $269,960 to $368,091.
Several other segments also saw notable gains in the average sales amount compared to first-quarter 2014. The sales price for Bend‘s SFR listings increased 18.58 percent (up from $317,491 to $376,469. The average price of Redmond‘s SFR sales increased 13.12 percent (up from $200,718 to $227,047), and the average price of its RW sales increased a modest 1.28 percent (up from $371,511 to $376,274).
Two markets saw a decrease in the average sales amount: The price for Bend‘s RW sales was down 4.56 percent (from $551,841 to $526,657), while the average sales price of Sisters‘ RW listings was down 43.88 percent (from $732,222 to $410,943). That Sisters statistic isn’t as alarming as it might appear at first glance, however. It’s based on just nine sales, one of which was for $2.4 million, which skewed the average. By comparison, the two previous years show that the average sales price was in line with the current figure of $410,943, with a slight decrease trending: $414,846 for first-quarter 2012 and $414,182 for 2013.
Although most markets saw an increase in days on market (the DOM for Sisters RW and Redmond SFR listings were down), only one segment (Sisters RW listings) averaged more than 200 days on the market. By contrast, the first quarter of 2013 saw four of the six market segments with more than 200 DOM.
By the Numbers
For those who want to study the market by the numbers, the charts below detail the past five years’ activity of Bend, Sisters and Redmond (my primary coverage areas). I often represent buyers purchasing rural acreage — especially horse properties — so I regularly track both Single Family Residential (SFR) trends and Residential with Acreage (RW) trends.
In the charts, I focused on three of the main categories that reflect the state of the market: (1.) total number of homes sold; (2) Average sales amount; and (3.) Days on market.
Checking out these charts will give you a quick overview of what’s been happening in the market. 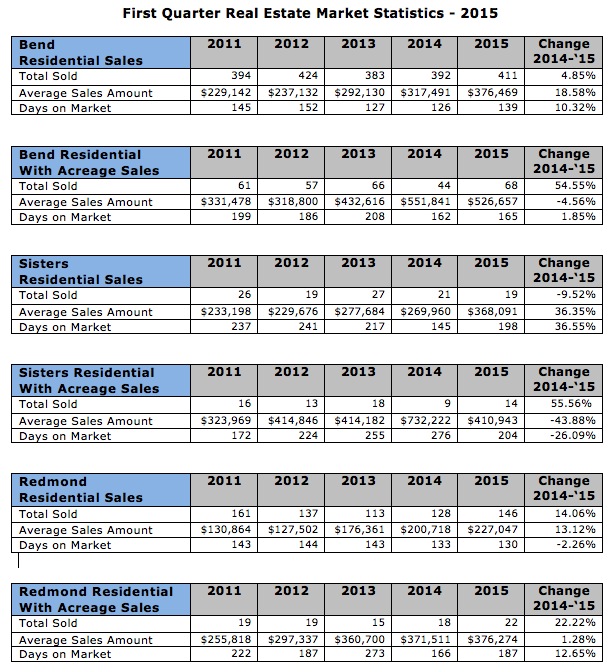