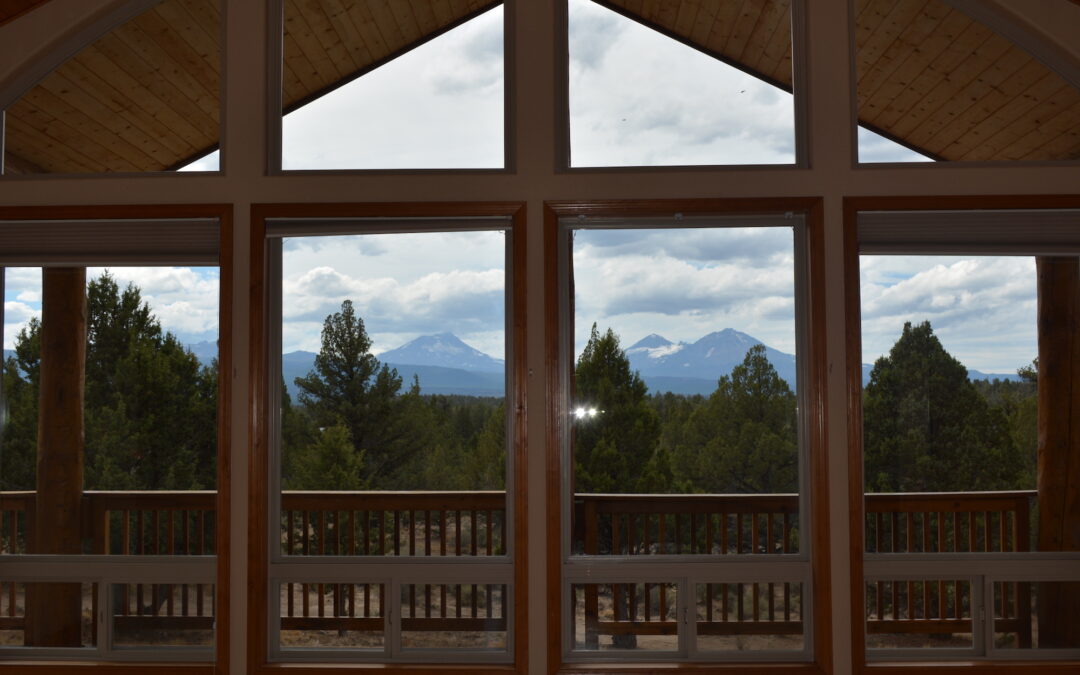 The winter sales slowdown that hit the Central Oregon real estate market in December 2014 didn’t repeat itself in 2015 -– far from it. While the number of fourth-quarter sales decreased in most markets in 2014 (anywhere from one percent to more than 20 percent), activity was quite brisk during the fourth quarter of 2015.

Based on statistics recently released by the Multiple Listing service for Central Oregon, the total number of single-family-home sales of Residential listings was up in just about every market, compared to the fourth quarter of 2014. For several locales, that increase was in the double digits.

In the markets I track most closely – Bend, Sisters and Redmond – the numbers ranged from 8 percent on the low end (for Bend’s Single Family Residential listings on less than an acre, up from 2,246 sales to 2,450 sales) to 17 percent on the high end (for Sisters’ Single Family Residential listings on more than an acre, up from 60 to 72 sales).

Sisters listings on more than an acre saw the least amount of change: just a .2 percent increase since 4th quarter 2014 (from $558,017 to $559,209). Granted, that’s still the highest average sales price in any market within Central Oregon.
By the Numbers

For those who want to study the market by the numbers, the charts below detail the past five years’ activity of Bend, Sisters and Redmond (my primary coverage areas). I often represent buyers purchasing rural acreage — especially horse properties — so I regularly track both Single Family Residential (SFR) trends and Residential with Acreage (RW) trends. 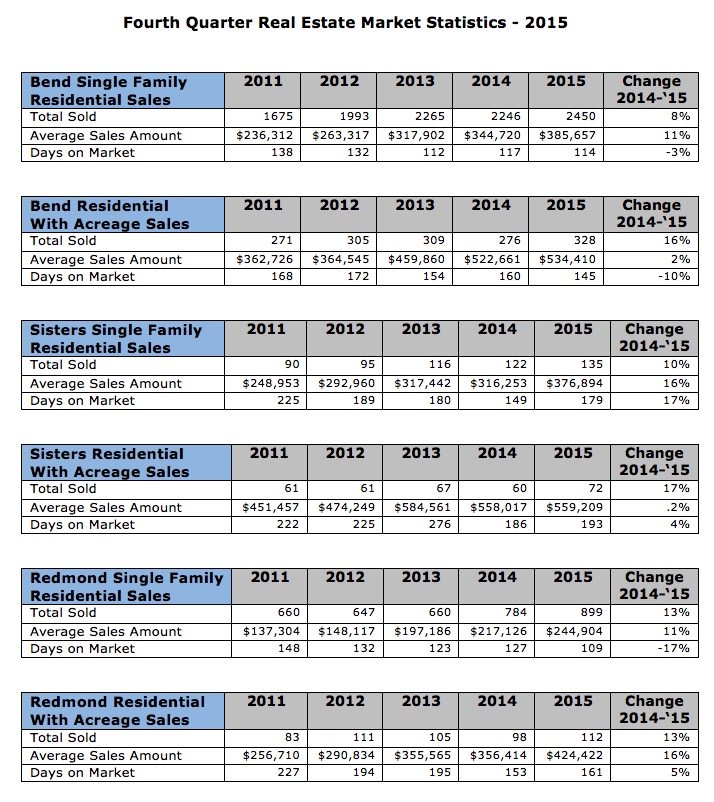