From Parcel to Finished Product: A Client Unveils a Passive Solar Home in Sisters 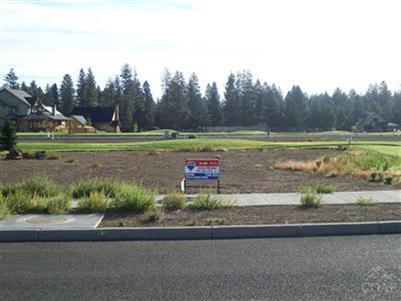 I first met Mark and Cindy Armstrong in October 2010, when I represented them in their purchase of a mountain-view lot in the Sisters subdivision known as Pine Meadow Village.

What a difference a year makes: Fast-forward  to October 2011. Work had begun on the Armstrongs’ new passive-solar home.

I caught my first peek of the home while driving through Pine Meadow Village one stormy fall day. Every couple of months, I used to drive by and check on the progress. I felt a bit like a proud parent watching her child take his first steps. I couldn’t wait to see what would be unveiled next.

Yesterday, I got the grand tour of the just-finished product –- and I have to say, I was impressed. There aren’t a ton of custom homes being built today, so it’s nice to see one that’s been so thoughtfully designed. It’s especially refreshing to see such attention to detail, not just when it comes to the elements of the home that are obvious — high-end finishes and woodwork, for example -– but in the overall construction of the home. This home was built to last –- and to use less energy in the process.
The home was designed by Paul DeJong of Rainbow Valley Design in Eugene. In creating their home, the Armstrongs incorporated what’s known as the Passive House concept, the goal of which is reduce the heating energy consumption of buildings by up to 90 percent — without applying “active” technologies like photovoltaics or solar thermal hot-water systems.
A Passive House is very well-insulated, is virtually air-tight and is primarily heated by passive solar gain and by internal gains by the occupants and by electrical equipment. Energy losses are minimized; and any remaining heat demand is provided by an extremely small source.
The Armstrongs interviewed several builders before choosing Sisters-based John Nordquist, owner of North Branch Building & Design. I like Nordquist’s philosophy: “We believe that truly green building means more than just using a few eco-friendly products, like low-VOC paint and bamboo flooring. We believe it starts with very simple things—as simple as using trees to provide shade. They aren’t expensive, reduce energy and water use, and don’t require giving up creature comforts. Today we call it “green”; we used to just call it well-built.”
Nordquist believes “in building smaller houses but designing them better to ‘live’ bigger than they are and be generous in spirit.”
A few more of Nordquist’s recommendations:

All of those elements have been incorporated into the Armstrong home. In that regard, the home is similar to a current listing I have in Bend, the Vidas-Staley residence, a LEED Platinum green-built home that combines superior construction with state-of-the-art sustainable design. Both have staggered-stud walls; in-floor radiant heat; blown-in insulation; tile or hardwood floors; deep-set, super-insulated windows; an UltimateAir whole-house ventilation system with ERV; solid fir trim; and slate accents.
However, there are a few key differences: the Armstrong house is constructed of insulating concrete forms (ICF) and incorporates both eyebrow solar shading (above the south-facing windows) and an earthtube, which I had never heard of before. Also known as an underground heat exchanger, an earthtube uses the Earth’s subterranean temperature to warm and cool the air in a home.
The Armstrongs’ geothermal earthtube is eight inches in diameter and 150 feet long, 120 feet of which is buried 6 feet underground on the inside of the foundation. It loops up through the garage (where an air filtration box is housed) to the attic, where it provides clean air to the ERV. (You can see photos of the installation here.)
Talk about a hands-on project. Not only did Mark Armstrong install the home’s tile flooring, he also surveyed the property, designed and installed the ERV, and helped with installation of the earthtube. Good job, Mark!
Want a closer look at the Armstrong Passive House? Below are a few photos from their recent Open House.  (You can also see extensive photos of the home on their listing on the Vacation Rental By Owner website.) 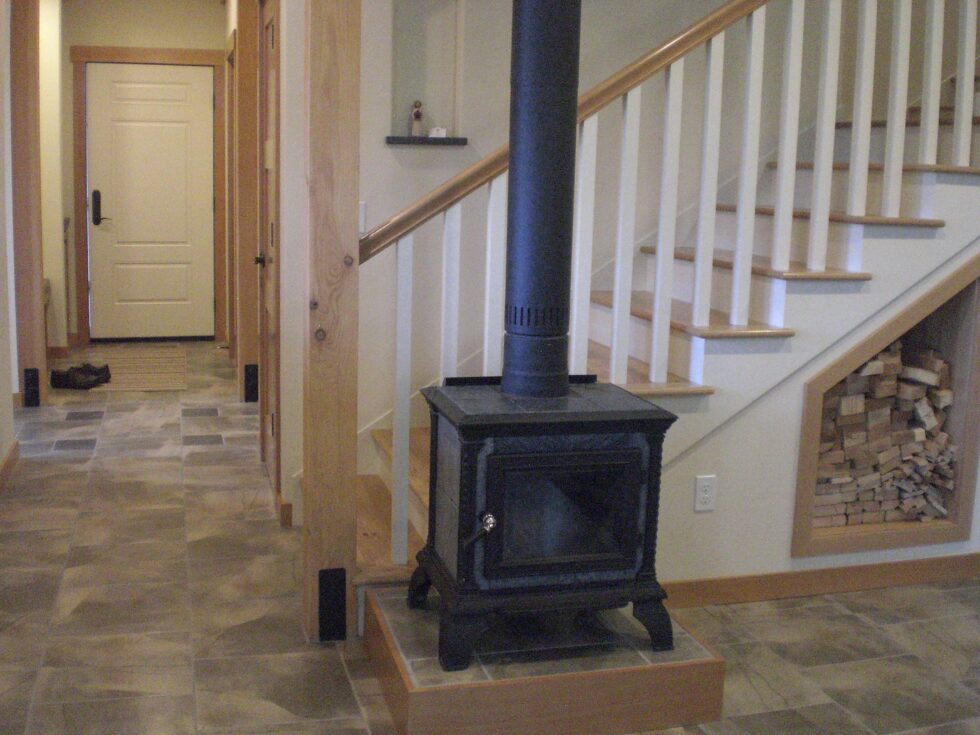 The heart of the Armstrong home.

Celebrating the completion of the Armstrong Passive Solar Home

The kitchen and dining area of the Armstrong Passive Solar home in Sisters OR.

The office of the Armstrong Passive Solar Home in Sisters OR.

The upstairs media room of the Armstrong Passive Solar Home in Sisters OR.

The upstairs media room of the Armstrong Passive Solar Home in Sisters OR. 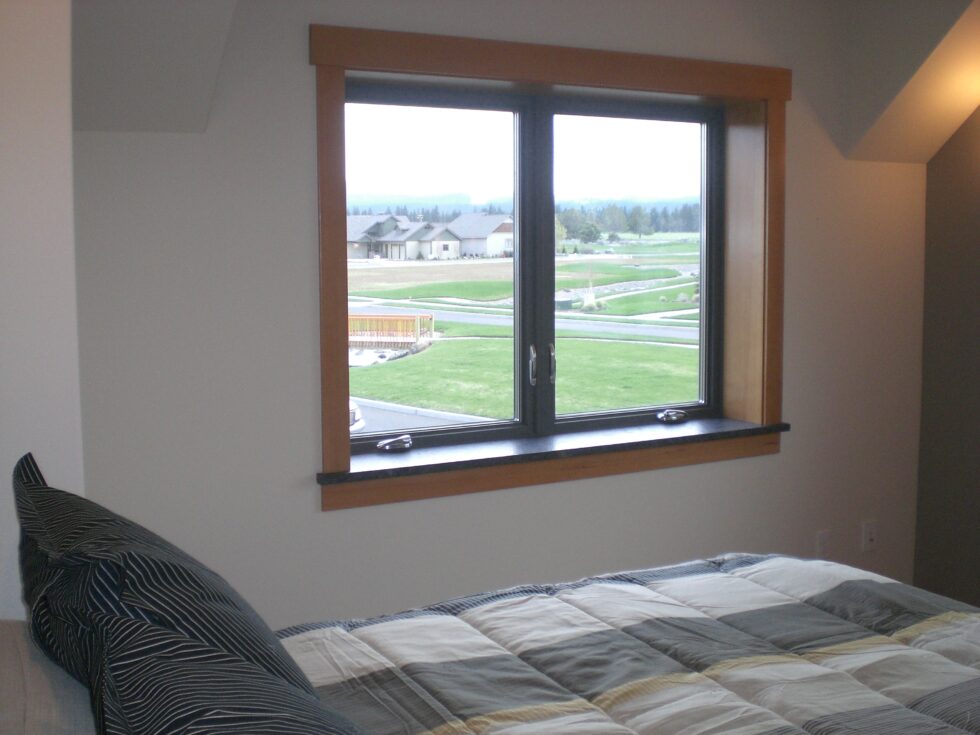 One of the upstairs bedrooms in the Armstrong Passive Solar Home in Sisters OR.