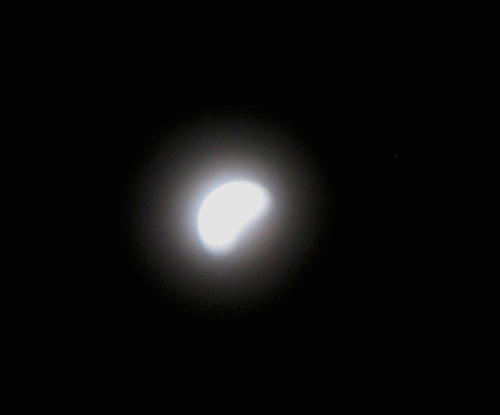 Here in Central Oregon, we’re used to visitors, and lots of them — especially during the prime vacationing months of May through September. Typically, we expect the largest crowds of the year (in the thousands) during Bend’s Summer Fest and Art in the High Desert, Sisters’ Quilt Show, Sisters Rodeo or the Deschutes County Fair in Redmond.

This year, though, it’s the third week in August that has captured the attention of the world. That’s when a once-in-a-lifetime solar eclipse will pass directly over Central Oregon on its way across the country.

So if you’re planning a house-hunting trip to Central Oregon this summer, Aug. 22 is a date you’ll want to be aware of. That’s when Crook and Jefferson counties are expecting throngs — anywhere from 50,000 to 100,000 visitors -– to venture here to witness the highly anticipated “Great American Eclipse of 2017.” No doubt, we’ll feel the repercussions of that event throughout Central Oregon.

What makes this eclipse so noteworthy? Most solar eclipses are of the partial variety, in which the moon appears to take a bite out of the sun’s disk. But this will be a total solar eclipse (TSE), which occurs when the moon, sun and Earth are perfectly aligned to allow the moon to cast a shadow on the Earth’s surface. Usually, much of the eclipse takes place over ocean territories; having a TSE that occurs over populated areas is quite rare. In fact, this will be the first TSE in the continental U.S. since 1979. Another thing that sets this eclipse apart: It will be visible from only one country: the United States. The last time that happened? When the country was founded in 1776.

What It All Means

On Monday, August 21, the Great American Eclipse will make a path from the West Coast of the United States to the East Coast and for about two minutes, locations along that path will be submerged in total darkness.

So why journey to Madras? Based on its location in the high desert of Central Oregon, the typical weather patterns and the area’s unobstructed views, Madras has been identified by many solar eclipse experts as one of the premier viewing locations in the country. Located at the center of what’s known as “the path of totality,” Madras will be engulfed in 2.02 minutes of total darkness. That means spectacular photographic opportunities for anyone in the area.

Perhaps the biggest eclipse-related draw to Madras is the four-day Oregon Solarfest, Aug 19-21. Held on the grounds of the Jefferson County Fairgrounds, it’s an official NASA Eclipse Viewing Site. In fact, NASA has agreed to partner with the event to provide solar scientists to answer questions, provide experiments and interact with the public (exactly how, I’m not sure). The weekend’s other offerings include live music, hot-air balloons, helicopter tours, an indoor kids’ arena with interactive games and a massive campground they’re calling “Solartown,” which has a ‘glamping’ option (tent and camping gear provided).

Another astronomy-focused event in Madras is the “Lowell Observatory Solar Eclipse Experience 2017.” For this gathering, astronomers from Flagstaff, Arizona’s renowned Lowell Observatory will host astronomer talks and solar experiments throughout the day at the Madras High School and Performing Arts Center and end the evening with a star party on the football field. They’re also hosting star parties and astronomer talks in the evenings of Aug. 20 in Madras and Aug. 22 in Bend.
Then there’s Solar Celebration, a five-day festival (Aug. 18-22) held on open farm land just outside Madras that has expansive Cascade Mountain views. Along with campsites, it’ll offer music, food and drinks.

And there are other eclipse-focused events, too. If you want to learn more about eclipse events in and around Madras (or want to book yourself a room/campsite), check out the City of Madras’ official Great Solar Eclipse website.

Without a doubt, the most unique (not to mention, most immense) eclipse-centric draw to Central Oregon is the seven-day “Symbiosis: Oregon Eclipse 2017” event (Aug. 17-23). Organized by Symbiosis Events LLC, the company that has produced huge music-, art- and sustainability-focused “gatherings” around the world since 2005, Symbiosis will feature live music on seven stages, plus art installations, spoken word performances, yoga workshops and more.

The folks at Symbiosis Events LLC spent five years searching for the ideal location to host their 2017 Eclipse event. What they found was a 55,000-acre private ranch and grassland area in the Ochoco National Forest’s Big Summit Prairie, owned by Crook County resident Craig Woodward. Tickets to the festival will provide access to a 200-acre section of the ranch that includes a 45-acre man-made lake designed for the event’s signature “art boats.”

This will be the largest organized event in Crook County history — and the largest event Symbiosis Events LLC has ever staged: They’re expecting some 30,000 attendees. Based on previous Symbiosis events, it promises to be unlike any event that Central Oregon has ever seen before.