How the Current Market Compares to the Peak 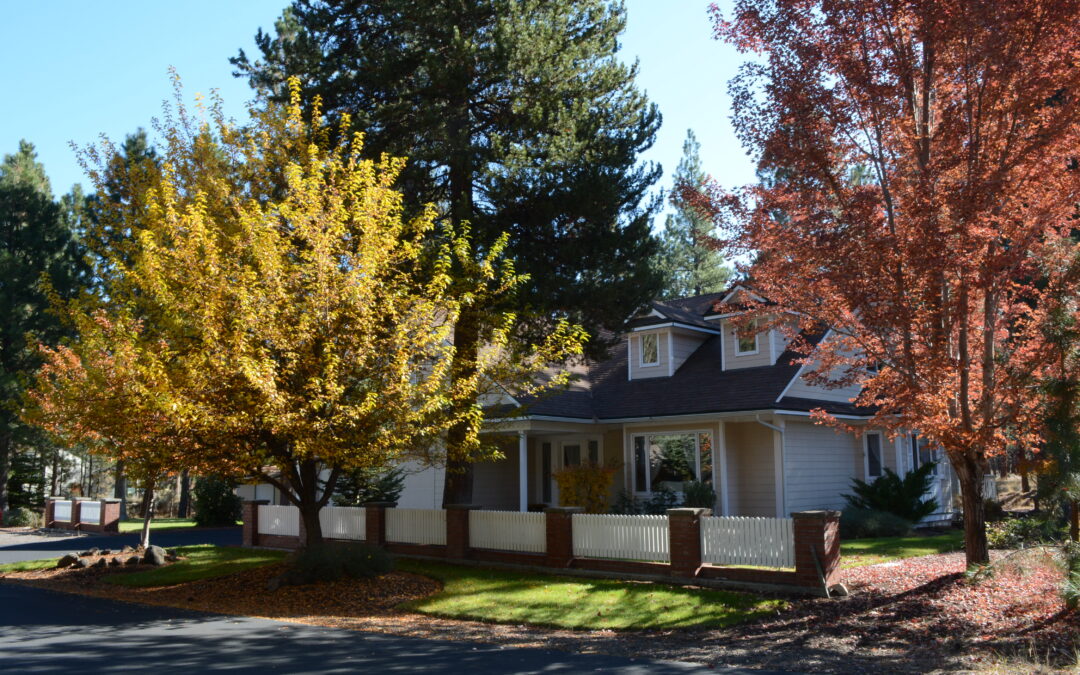 Because of the ongoing increase in home prices throughout Central Oregon for the past three years, more and more often, I hear grumblings that it sure seems as if we’ve returned to the crazy heyday of 2005-2007, when average sales prices were recalculated monthly (rather than every 12 months, as is typical) and listings were under contract within a matter of hours as opposed to days.

If you’re curious about the actual numbers and how they compare, check out the chart below, which lists three categories of stats for the third-quarter 2016 alongside those of the peak –- and shows just how far most markets have to go before returning to those heady days.
The most noteworthy thing about the chart: Of the three markets I regularly track (Bend, Sisters and Redmond), only Bend’s Single Family Residential segment is seeing an average sales price similar to that of the peak: $419,764 in third-quarter 2016 compared to $426,044 for 2005. Prices for Redmond’s Single Family Residential properties are getting close, with an average sales price within 7 percent of its peak price ($272,122 in third-quarter 2016 compared to $292,268 for 2006). Most other markets still have quite a ways to go before their average sales prices reach those previous high numbers.

Meanwhile, a look at the number of sales during the two time periods shows that no market’s overall sales are anywhere near those of 2005-2007; in fact, every market has still at least 25 percent fewer sales than during its peak. 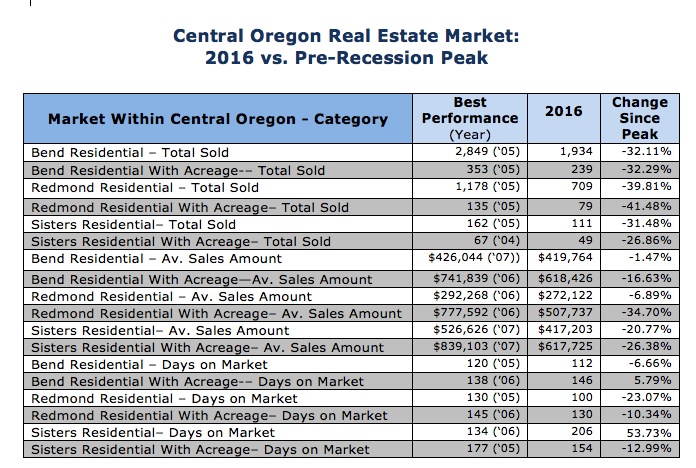 Can’t get enough stats? Here are the market statistics for Central Oregon for the third quarter of 2016.