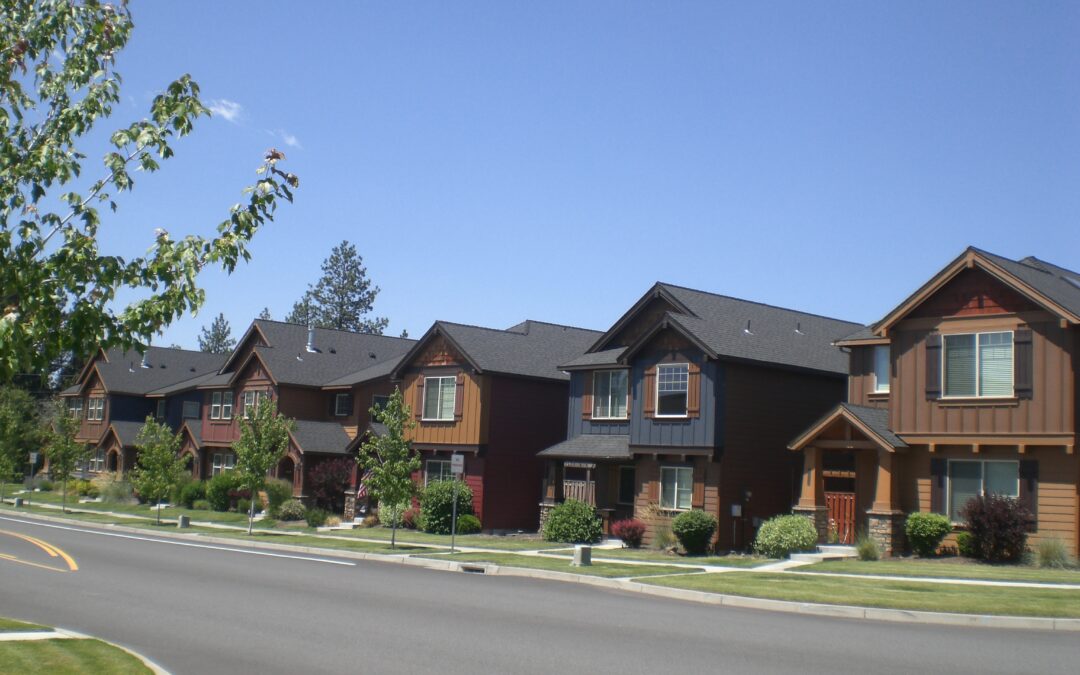 Now, for the Stat Geeks of the Group

Of course, providing an answer that goes beyond the trite requires not only a bit more time, but a bit more thought, too. Central Oregon’s real estate market has changed so dramatically in the past eight years that every real answer I provide must first be preceded by a question or two (or three or four…) of my own.
First and foremost, which Central Oregon market are you most curious about? We have a number of very distinct markets with the region, and what’s happening in one often doesn’t reflect what’s happening in another. Tracking the smaller markets, such as Sisters and La Pine, can be especially challenging because, even on a month-to-month basis, the sales numbers are large enough to quantify in a meaningful way. And are you interested in the market outlook for single-family residences, horse properties, townhomes, resort properties, bare land or a manufactured homes? Your answer to that will also influence my response.
So for those of you who want to study the market, I’ve put together a few charts below that detail the past five years’ activity of my main coverage areas in three of the main categories that reflect the state of the market: (1.) total number of homes sold; (2) Average sales amount; and (3.) Days on market. A perusal of those charts will give you a pretty good sense of exactly how much better we’re doing in each of these niche markets. The number of Bend Residential sales is up almost 18 percent, while Redmond’s sales are up a whopping 37 percent. Meanwhile, the average sales amount for Residential listings in Sisters if up almost 19 percent and the days on market for Sisters Residential listings is down 13 percent.
The charts also point out several areas that could stand some improvement. For example, Redmond Residential sales are actually down slightly this year; and the average sales amount for Sisters Residential with Acreage listings has yet to stabilize. 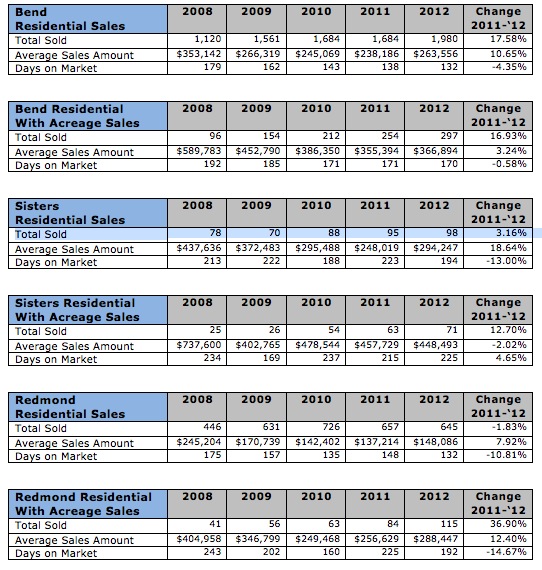 But How Does the Current Market Compare to the Peak? 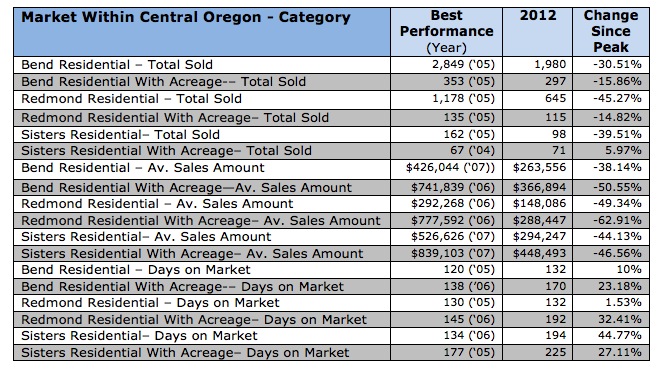