Images from the Pole Creek Fire 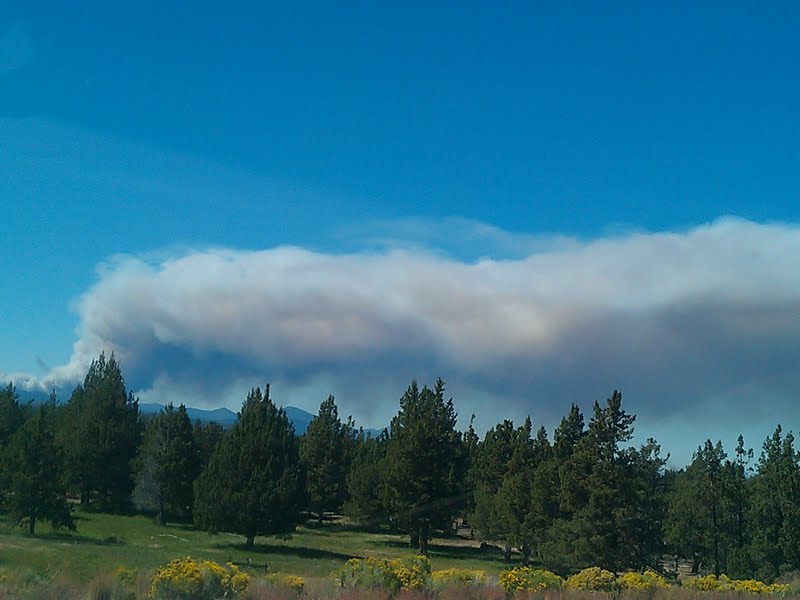 Well, it wasn’t exactly the finale to the Sisters Folk Festival that we would have hoped for. Nevertheless, on the afternoon of Sunday, Sept. 9, some Sisters residents prepared to potentially evacuate as an alarmingly fast-moving wildfire, located six miles southwest of town, quickly gathered momentum — pouring huge columns of smoke into the skies above and around Sisters. Within 24 hours, the newly dubbed Pole Creek Fire had moved into the Three Creeks Wilderness and had grown to encompass some 2,000 acres.
After two and a half weeks of holding our breath (literally), the fire now spans more than 26,000 acres and at last appears to be under control (it’s about 70 percent contained). The Forest Service estimates full containment around Oct. 15.  In the meantime, the fire has provided more than its share of tense moments and intense photo opportunities.
Here’s a quick overview of the event in images:

Finally, blue skies and mountains return — Sunday Sept. 23, 2012 at 10 am, thanks to some Saturday evening rain