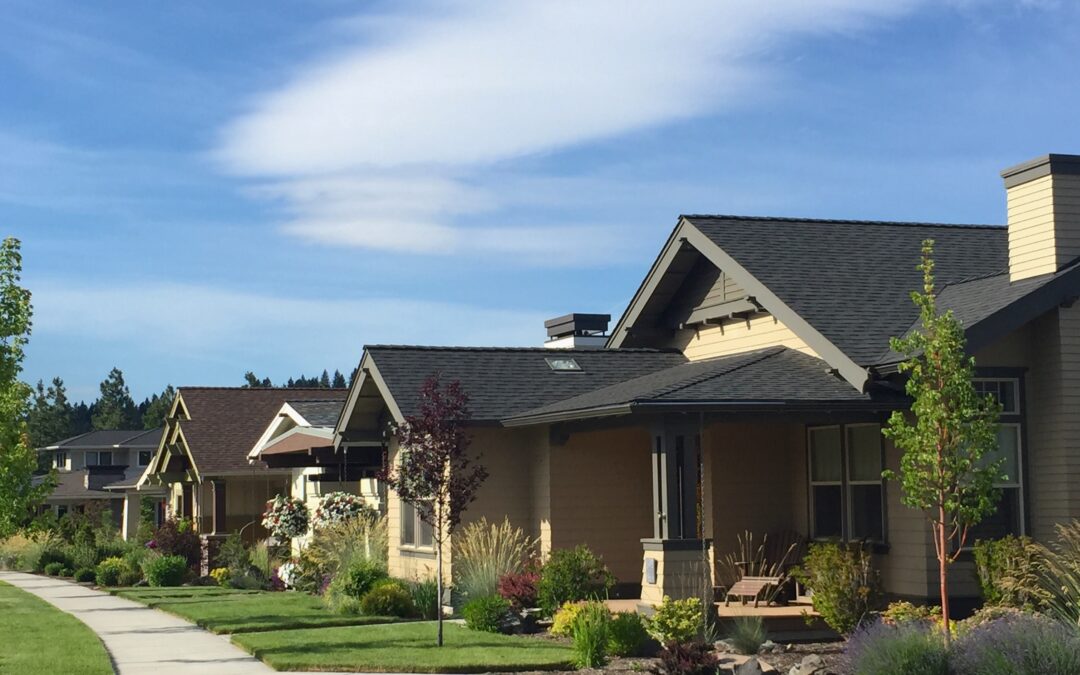 Where to Retire Magazine has named NorthWest Crossing, one of Bend’s most popular westside subdivisions, as one of the 50 Best Master-Planned Communities in America. A team of editors spent nine months and reviewed hundreds of neighborhoods across the country before compiling their list, which included communities in 16 states that offer a well-rounded, active lifestyle and had a positive impact on the health of the towns and cities in which they’re located. The communities aren’t ranked (they’re profiled alphabetically by state). Almost half the developments are active-adult communities, where residents must meet minimum age requirements. NorthWest Crossing was the only Pacific Northwest community included in this year’s list, and the only neighborhood without homeowner fees.
The article, which appears in the July/August issue of the magazine, praises NorthWest Crossing’s tree-lined streets, extensive parks and open spaces, and convenient mixed-use retail center. Residents interviewed for the article cited the neighborhood’s popular Saturday Farmer’s Market and easy access to outdoor recreation as some of their favorite aspects.

Bend’s newest park, which opened in NorthWest Crossing earlier this month, was more than a year and a half in the making, but the final product was worth the wait.

It’s not surprising that when Discovery Park opened in early June, it was an instant hit. For starters, the expansive 31-acre park provides yet another water-based recreation outlet for young swimmers, paddle-boarders and the like: The centerpiece of the park is a scenic three-acre lake, which adjoins approximately 12 acres of developed park and 16 acres of natural open space. Also on site: walking trails, a nature play area, a picnic shelter, a lakeside water play area and an off-leash dog park.

The  park is hosting a public opening celebration on Thursday, July 16 in the late afternoon.