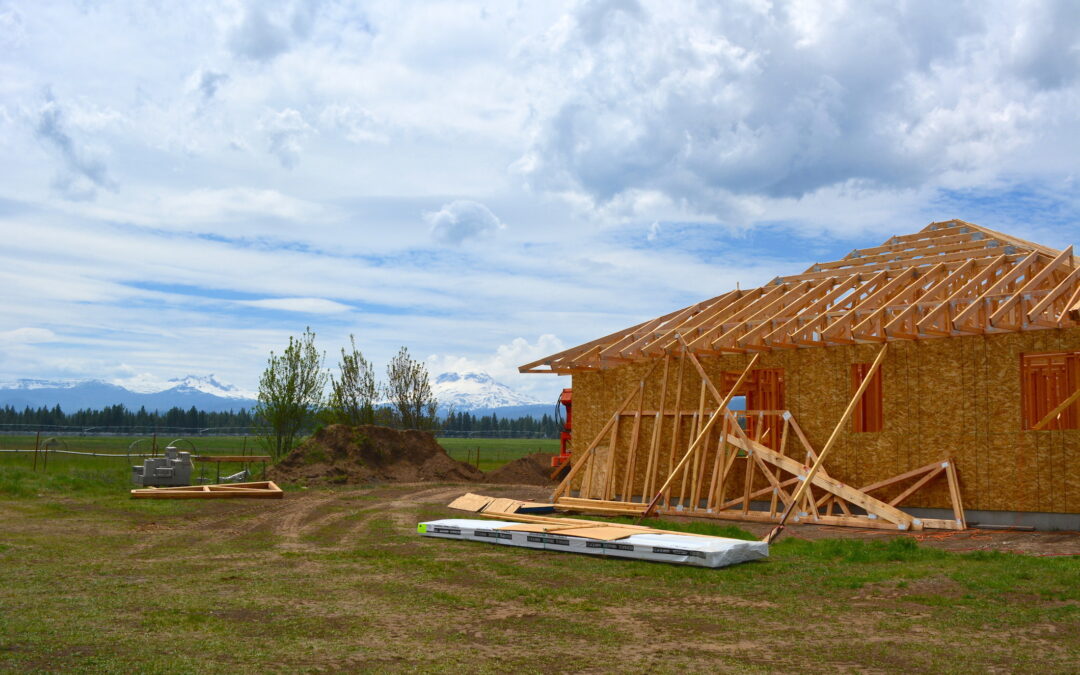 If you haven’t been to Sisters in a while, you’re in for a surprise. For the first time in a very long time, you’ll see new residences popping up all over town. That’s right – they’re building again in Sisters. And it isn’t just a random house here and there that’s under construction. Several area builders have embarked on multi-property projects. 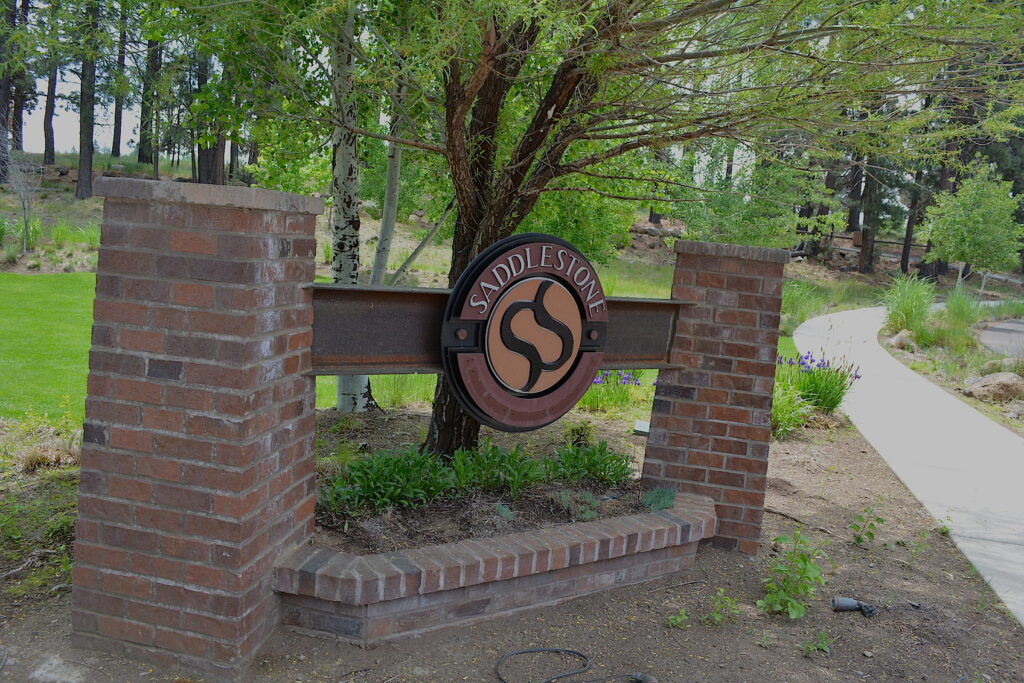 The largest of these involves the return of SaddleStone (at last!), a community originally envisioned by Pahlisch Homes back in 2008, shortly before the recession put an end to its plan for a neighborhood of higher-end homes that also featured meandering walking paths, a covered picnic pavilion and a playground. 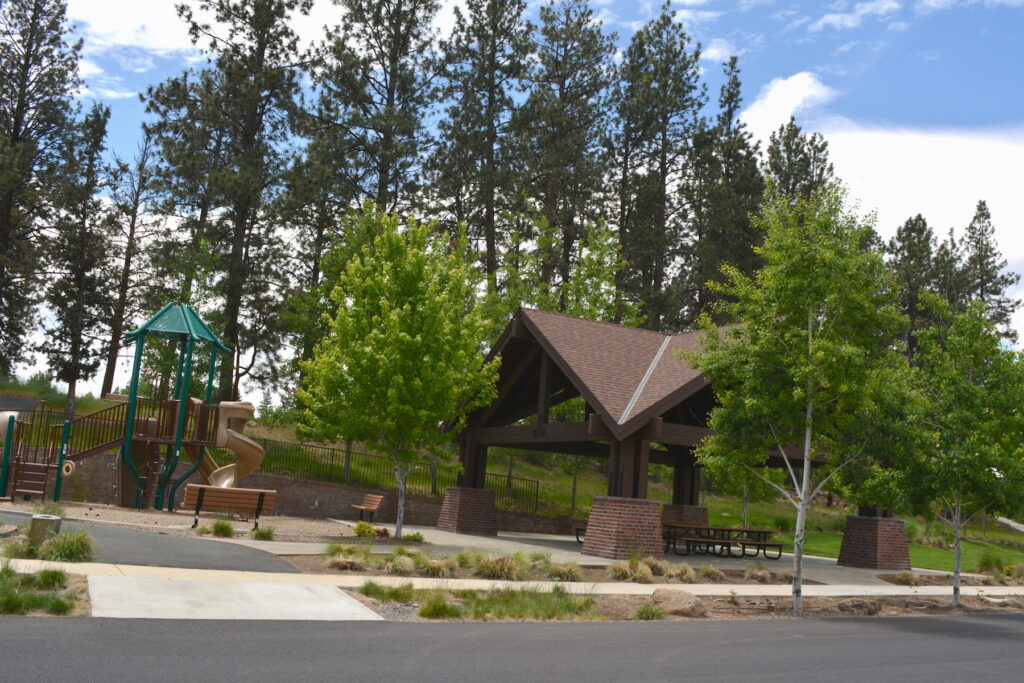 SaddleStone is now being developed by Monmouth-based Eric Olsen of Olsen Design and Development, who seems to share a similar vision. His design philosophy is based on two fundamentals: that “great places require exceptional design; and public spaces, what we call ‘the commons,’ make a difference to our quality of life.” 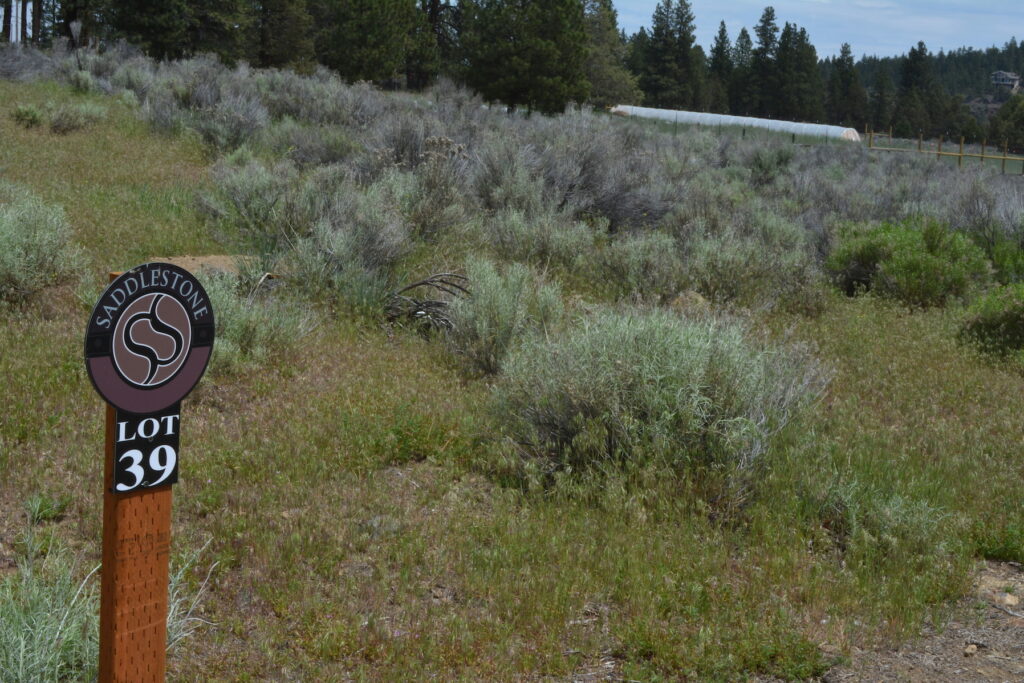 In May, Olsen listed 12 parcels and seven spec homes for sale; two of those homes are already under contract. His motto – “The Front Porch is Back” — is evident in all of the artist’s renderings featured.

Meanwhile, across town (just behind the Hop ‘N Brew), Redmond-based Legacy Builders of Oregon is at work on a duo of similarly sized and framed two-story homes. 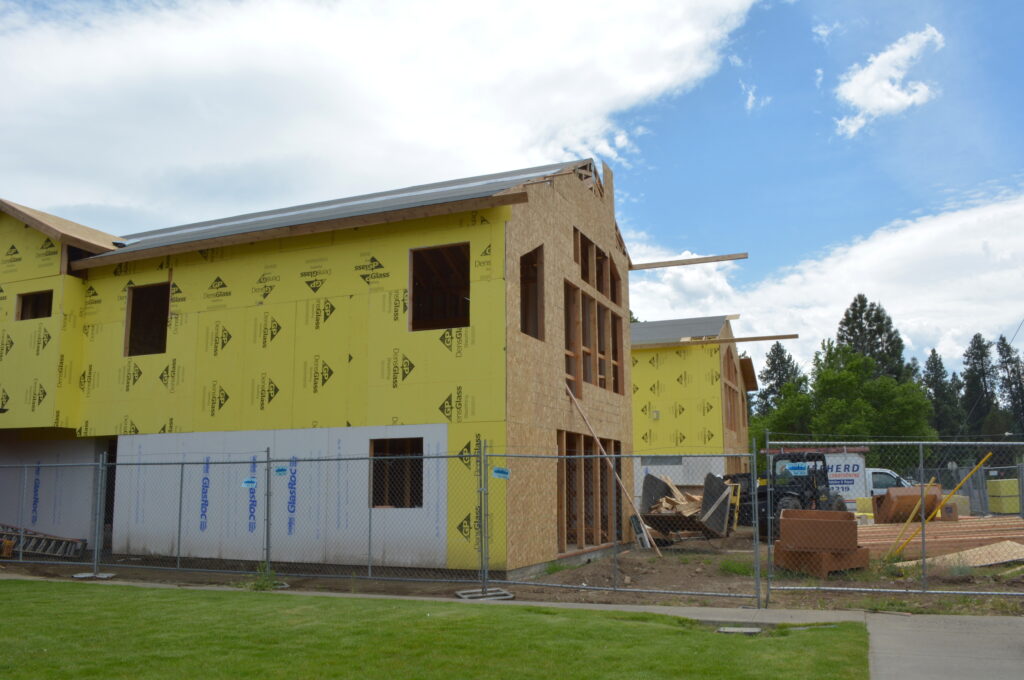 In Pine Meadow Village, Vista Ridge Homes has begun two spec homes that are on the market, and a number of individual projects are in the works. Several homes are under construction in Coyote Springs, too, and a handful of lots are for sale there.

Habitat for Humanity even has several homes under construction (near the elementary school). Sweet! 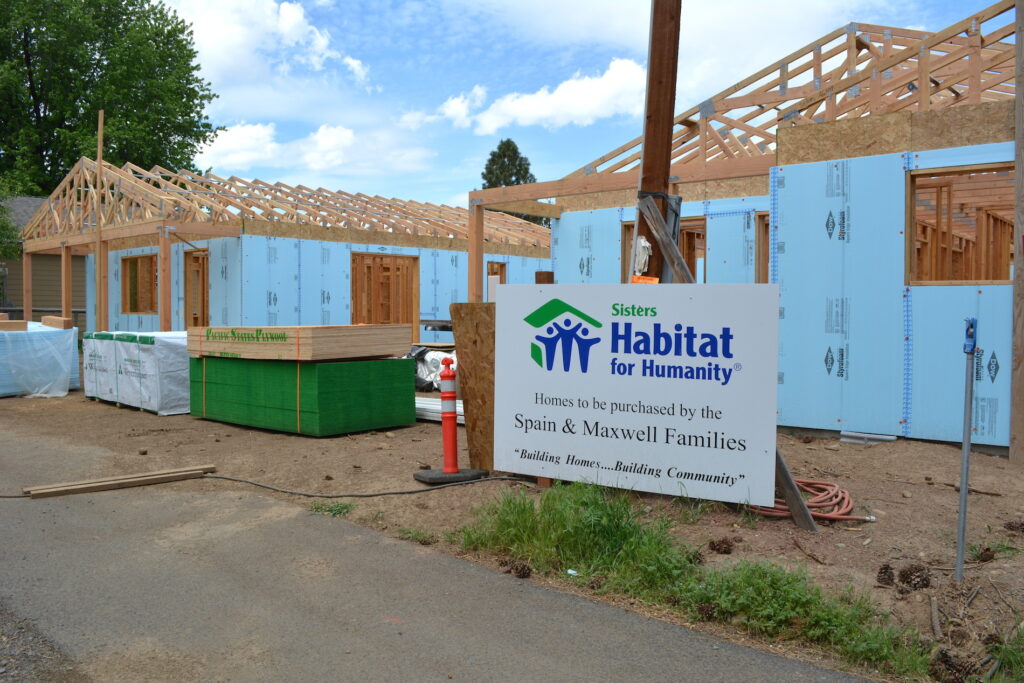 The only new-construction player you might expect to see at work here -– since they’re the only developer who has had an ongoing presence in Sisters in more than five years –- is Hayden Homes. That’s because its Sisters project, the Village at Cold Springs, is sold out, as is its neighboring Village Meadows. (Its plans to extend the Village at Cold Springs nearby is in limbo as it grapples with getting the parcel rezoned to allow for multi-family units; that parcel is now listed for sale by the Portland-based Real Estate Investment Group.)

Here’s a glimpse of some of the current new construction in Sisters: 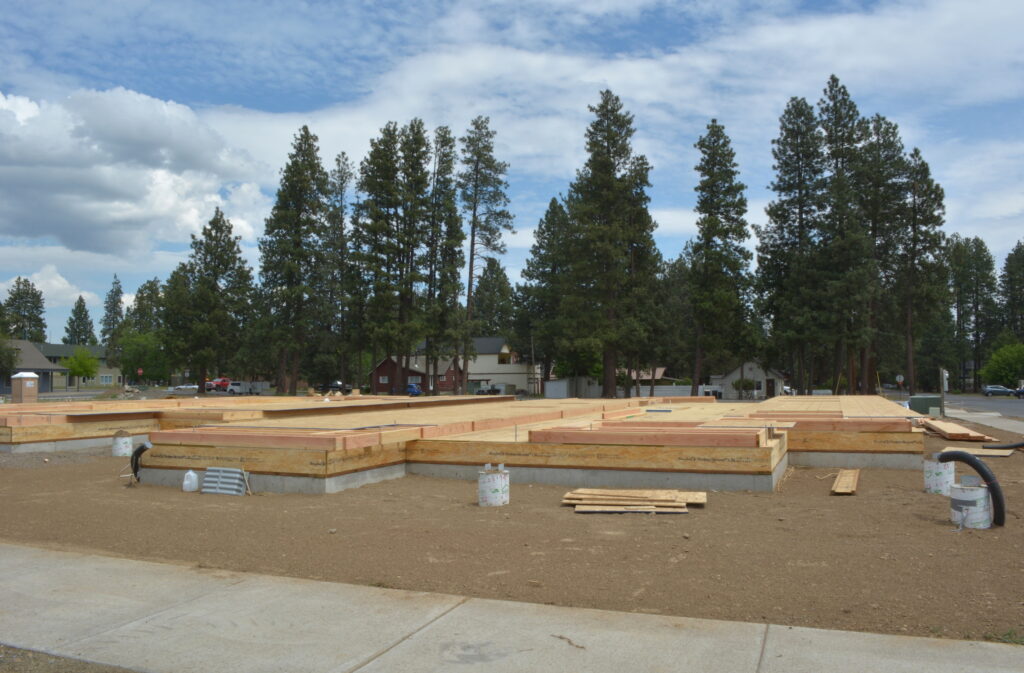 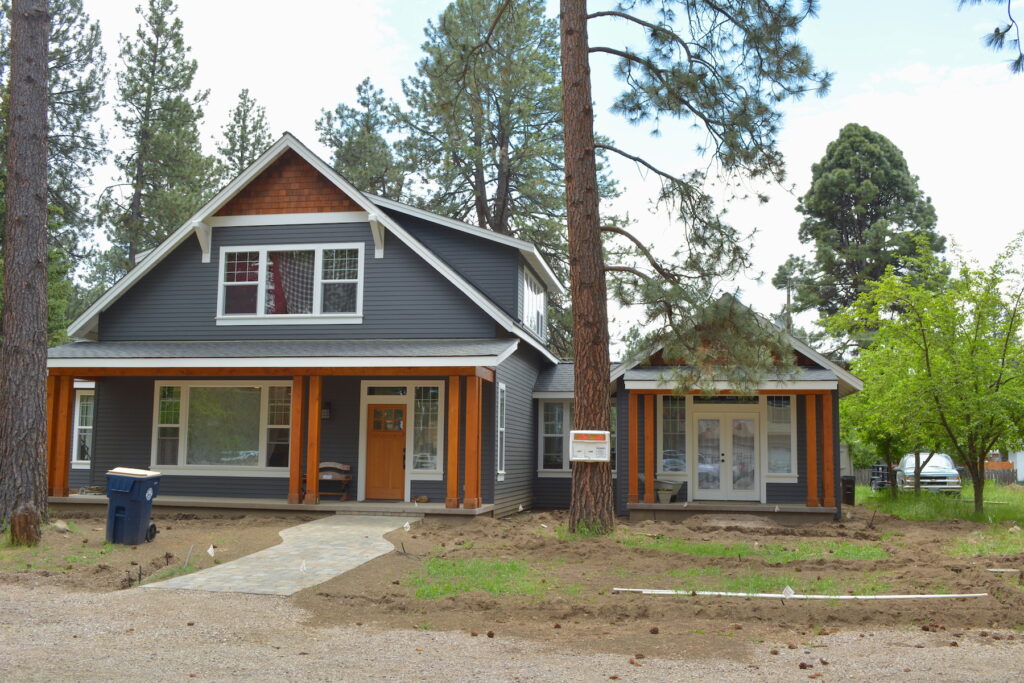 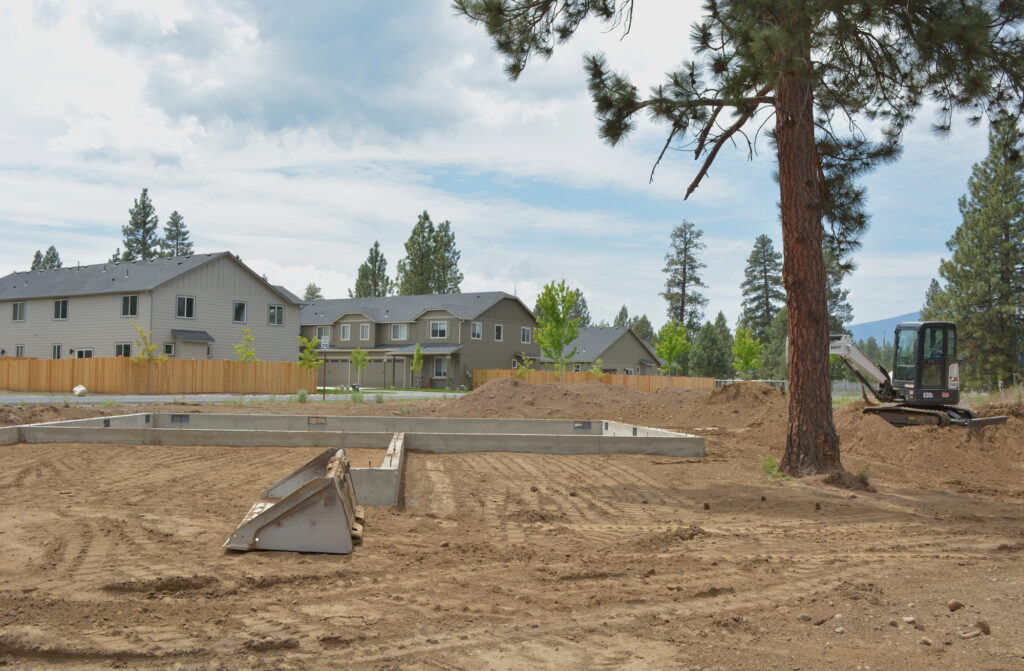 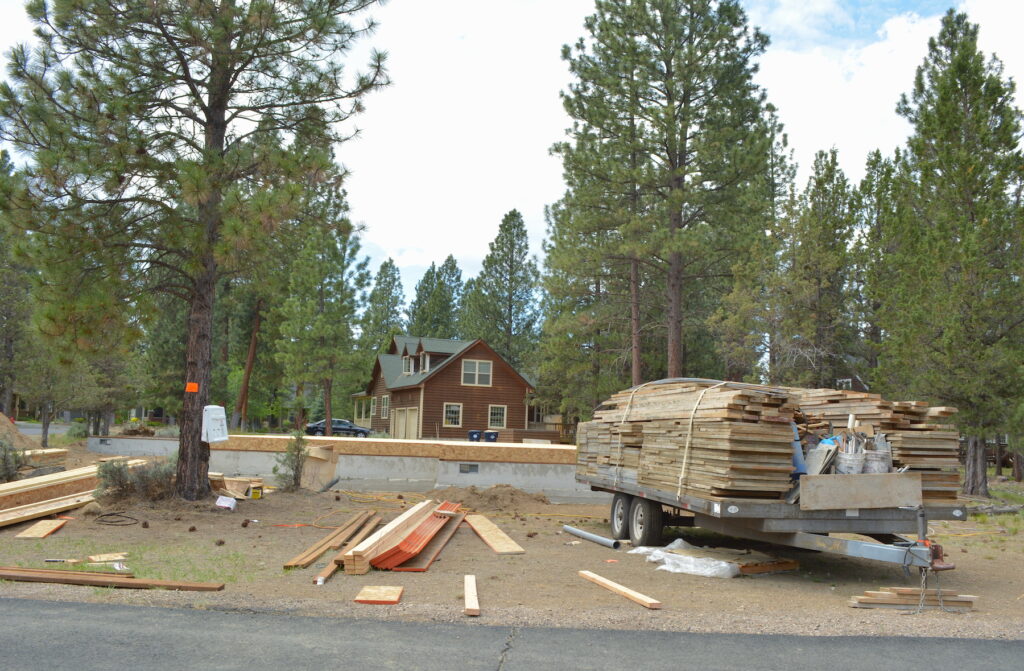