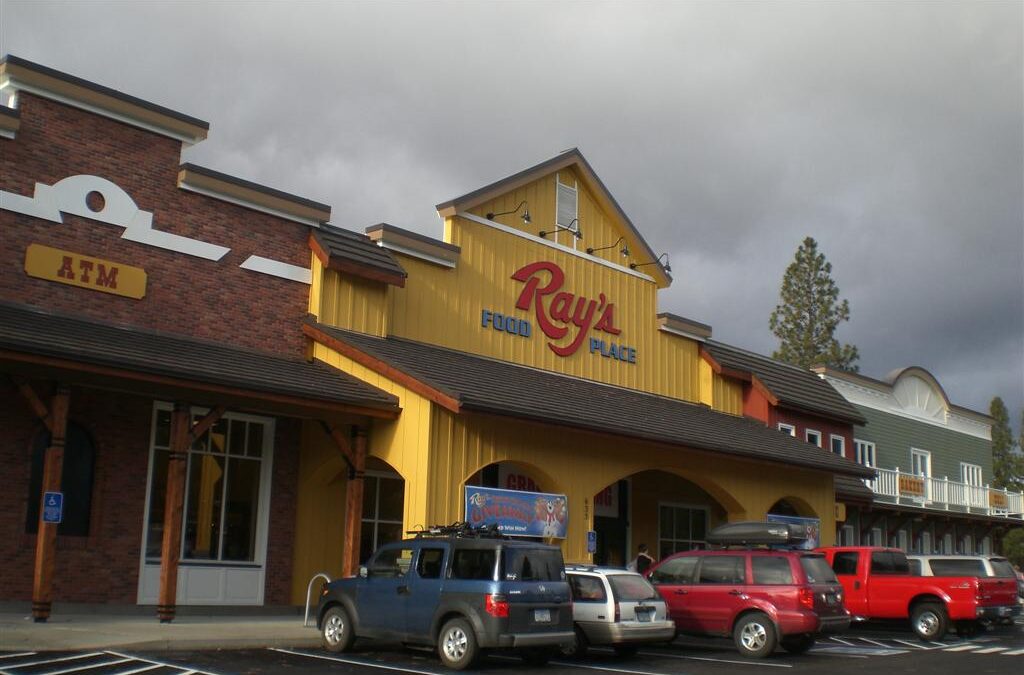 This morning at 7 a.m., under unusually threatening skies, the new Ray’s Food Place opened in Sisters (just a block from the old Ray’s). And what a scene it was! When I arrived at 9 a.m., the place was packed with folks checking out the new digs.
As required by city code, the store boasts an 1880s frontier-type façade; however, Sisters has never before seen a Western scene quite on this grand a scale: 43,500 square feet, to be exact. That’s almost twice the size of the former Ray’s.
In truth, the center’s block-long sprawl is a bit daunting, although the store’s series of mock rooflines (which probably spans more distance than most 1880s downtowns) does help keep the place from feeling like a generic big-box supercenter.

Inside, there’s plenty to love about this Ray’s: the massive produce department, an impressive wine cellar, expansive seafood section, centrally located Community Meeting Room, small café (not far from the deli counter, of course) and adjacent outpost of Sisters Coffee Co., to name just a few.
There’s also additional space adjacent to the center for several more businesses (it’s still under construction ). As for the old Ray’s…rumor has it that Bi-Mart is considering opening an outpost there.

Here are a few additional photos of the new Ray’s taken during the opening: