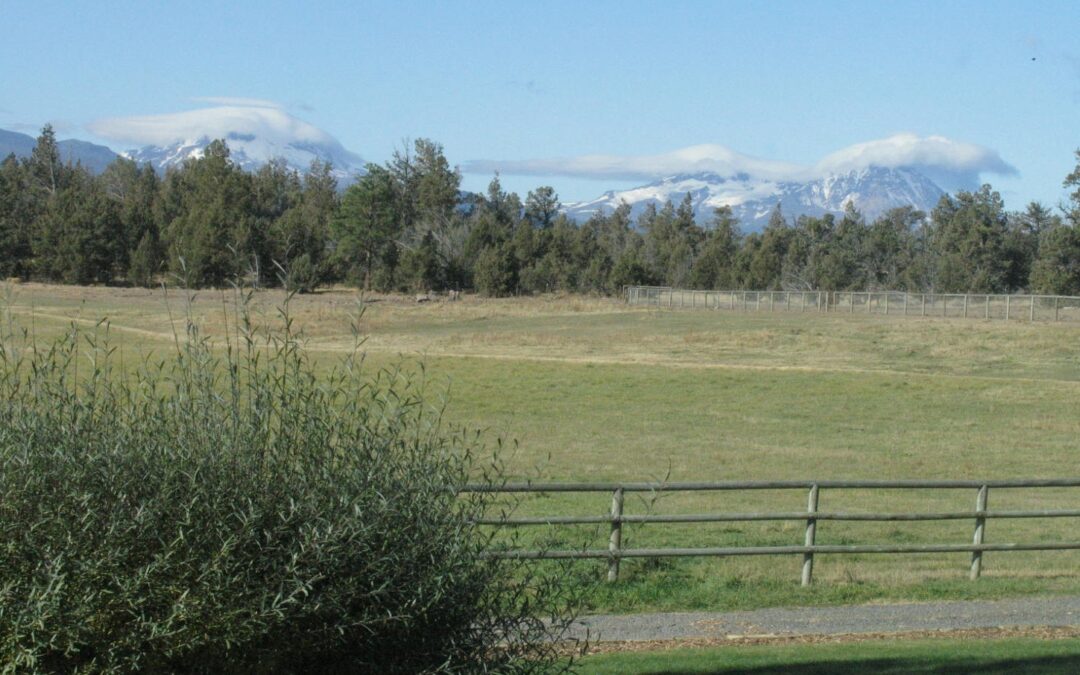 Well, before I could tackle the October Tumalo real estate market statistics, I had to take another look at the September market report. Turns out the number of Active listings I reported was off –- way off, a fact that became apparent when I examined the number of Active listings in October. I had inadvertently stated that there were 84 Active listings; there were actually 54. So, last month’s report has been revised to correct that error and assess the market with the correct figure in mind.
Now, back to October. There weren’t any remarkable changes since September, just another month of integral progress. For the second month, there are no longer any RW properties on the market for less than $200,000. Meanwhile, four of the seven closed sales and four of the six pending sales in October were for more than $300,000 (with one closed sale just shy of $1,000,000).
Consequently, it could be argued that the Tumalo market has reached its bottom (Of course, to that I would add the caveat “for now” since it’s unclear how many REO properties are out there that should have been released into our market but are being held back).
Another positive sign: The number of days on market for the closed sales in October decreased from September, with an average of 92 days on market. Days on market for Active listings were also down a bit (from 229 in September to 214 in October), although they’re still higher than they should be. As the dramatic difference between days on market for Active listings and closed sales demonstrates, buyers are looking to purchase properties that are priced to sell.
As a horse-property specialist, Tumalo has always been of particular interest to me because that’s where you’ll find many of the most desirable horse properties in Central Oregon. Because its boundaries are up to interpretation, please consider the following statistics a general barometer of the area’s real estate activity that includes most, but not necessarily all, of the listings in Tumalo.
Here are a few October highlights of the Tumalo real estate market:
LISTING ACTIVITY
Active Residential With Acreage Listings in Tumalo:  58
Contingent Residential With Acreage Sales in Tumalo: 0
Pending Residential With Acreage Sales in Tumalo:  6
Residential With Acreage Closed Sales in Tumalo:  7
Average Days on Market:
214 days for Active RW listings
92 days for RW listings sold in October
Median Sales Price:
$597,000 for Active RW listings
$310,000 for RW listings sold in October
INVENTORY:
Residential with Acreage: eight-month supply (87 sales in the previous 12 months)
SALES PRICE:
Least-Expensive Residential with Acreage Active Listing: $215,000
Most-Expensive Residential with Acreage Active Listing: $4,900,000
Price Point with the Most Active Listings: $450,000-$499,999
(with 6 listings); $250,000-$299,999 & $300,000-$349,999  (each with 7 listings)
Listings at $1,000,000 or more: 13
If you’re interested in studying the market in more depth, below are several charts that capture various aspects of the Tumalo real estate market in detail. 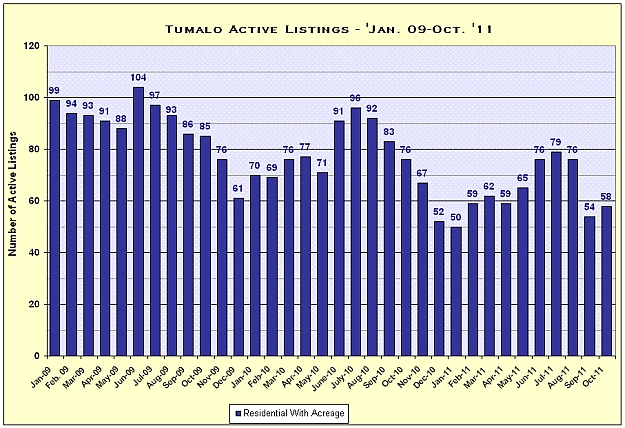 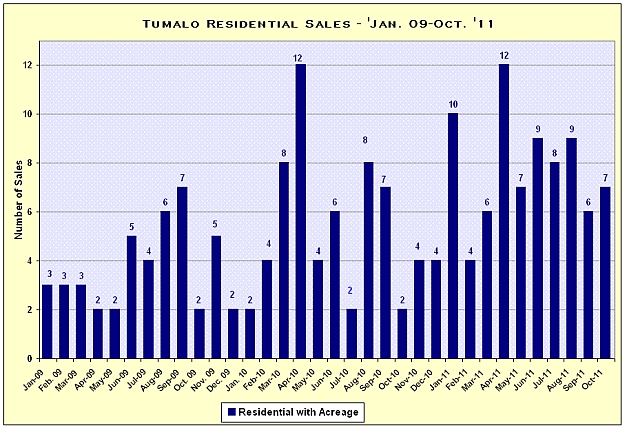 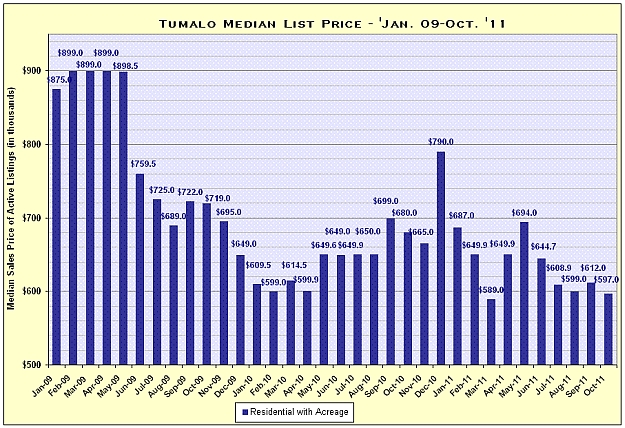