Open for Business in Sisters: Lots of New Spots to Explore 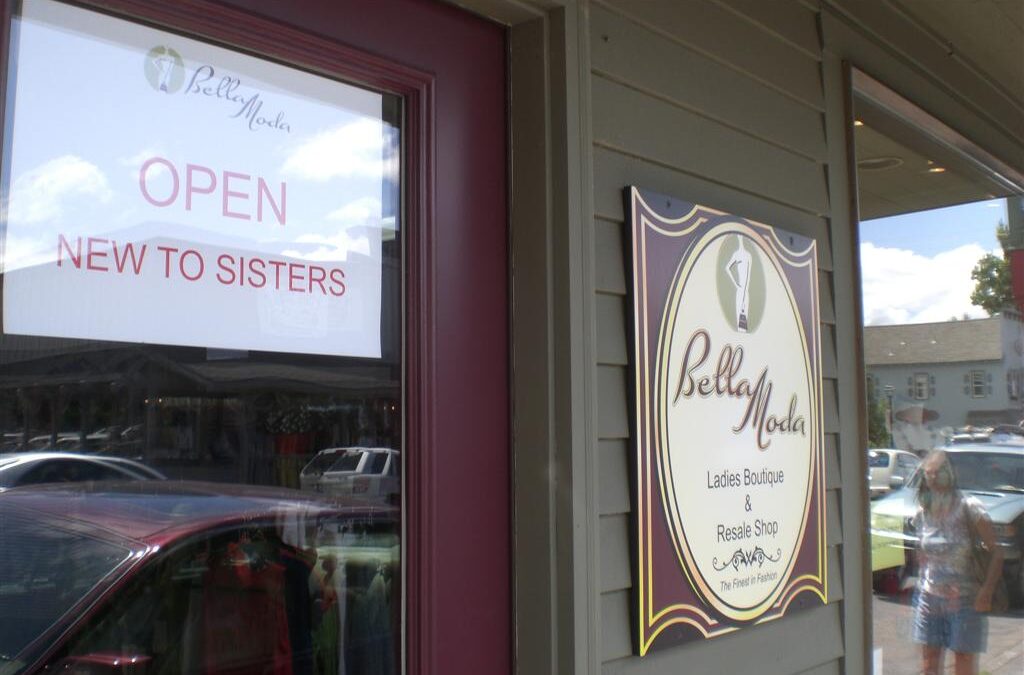 Not long ago, I wrote about our recent cross-town office move.
After the dust had cleared – after I had finished unpacking and was getting situated — I began to notice quite a bit of other activity on the commercial real estate front in Sisters. In fact, the more I looked, the more new businesses I noticed around town.


Below is a rundown on what I discovered:

Takoda’s (425 Hwy. 20, 541-549-8620). Also just around the corner from our office is this new eatery (in the former Coyote Creek Café space, next-door to Bi-Mart). I say “new,” but I should say, “new to Sisters” because folks from the valley are probably familiar with the original Takoda’s in McKenzie Bridge. Open for breakfast, lunch and dinner, Takoda’s Sisters offers something for just about everyone –- with make-your-own pizzas, sandwiches, burgers, fish ‘n’ chips, wraps and more. For the social set, the bar opens at 3 p.m.

Bella Moda (150 W. Cascade Ave, 541-549-1744). This is the third shop for owner Karen Poulsen (her other outposts are in Bend and Redmond).
Two things you won’t find here: anything Western (“Sisters already has that one covered!” she says), and anything geared toward the teeny-bopper set. Instead, Bella Moda offers  higher-end

sophisticated casual wear for the woman who wants to stand out in a crowd.
Poulsen says she’ll be carrying some better consignment pieces, too.

Melvin’s Fir Street Market (160 S. Fir, the old post office building, 541-549-0711). I stumbled into Melvin’s by accident (it seemed to open overnight, with absolutely no fanfare), and immediately felt at home. This place is reminiscent of the long-lost Harvest Basket, which was a Sisters staple for years. And with good reason: Melvin’s owners Melvin and Sandee Herburger owned the Harvest Basket.

Sure enough, it was no coincidence that Melvin’s opening on July 1 came and went quietly. Melvin says he wasn’t quite ready, and is, in fact, still outfitting the store, which includes fresh produce, a natural-foods grocery and takeout smoothie-sandwich station.

The Cork Cellars will also be sharing the space.

Ohana (110 W. Cascade Ave., 541-549-7045). Hawaiian takeout in Sisters, Oregon? Hey, why not? It isn’t the most obvious of matches made in heaven, but it does make sense here. The folks behind Ohana happen to own the Sisters Market next-door. So when longtime Sisters staple Orient Express relocated to Bend, they decided it was time to think outside the takeout box. (It helped that they have a family connection who lives in Hawaii.) 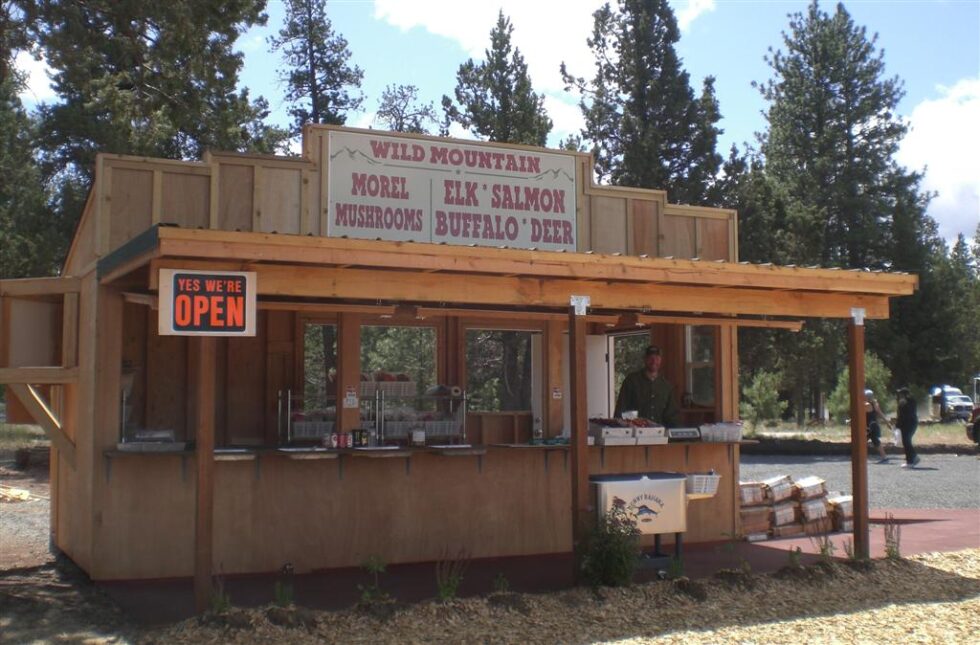 Wild Mountain Roadside Market (South Locust at Highway 20). I didn’t even know there was such a thing as salmon jerky, but it’s actually quite good. At least, it is at Wild Mountain. For the jerky novice like myself, owner Ky Karnecki offers a broad spectrum of jerky samples – everything from elk to buffalo to beef, which are flavored one of three ways: teriyaki, barbecue or smoked. Also available at the stand are fresh fruits (including local strawberries, blueberries, Bing cherries) and fresh mushrooms.