by Lisa Broadwater | Oct 18, 2010 | About Central Oregon, For Buyers, For Sellers, Uncategorized | 0 comments 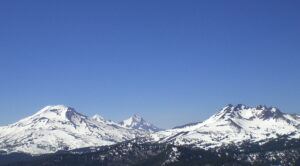 Forbes magazine has once again included Oregon in its annual “Best States for Business“ feature, released last week. The article takes a closer look at the top 10 states that are doing the best job of fostering growth.
Utah topped the list, followed by Virginia, North Carolina, Colorado and Washington. Oregon came in at number six — which is actually an improvement from 2009,  when it was  No. 10 on the list. Maine has the dubious honor of being named the  worst state for business.
Utah was named No. 1, based on (among other things)  its economic growth, increase in employment, decrease in taxes and increase in household employment.
Here’s the list showing how all 50 states ranked for business and careers.
All five of the top five states for business were also included in the top five last year (but in a different order — Virginia had topped the last for the previous four years).  This is the fifth year that Forbes has compiled the list.
For those folks who’d like to see the specifics about Oregon, here’s a slide show that details how Oregon ranked in the six  categories that Forbes measured: costs, labor supply, regulatory environment, current economic climate, growth prospects and quality of life.