Newcomers to Sisters often confuse the communities of Tollgate and Crossroads. Given that the two were both developed by Brooks Resources in the mid-1970s with a similar concept (as a summer-home community), the confusion is understandable. 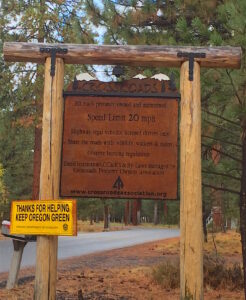 Like Tollgate, Crossroads is located just a few miles west of town (however, the community is accessed off Highway 242 instead of Highway 20), and both neighborhoods are adjacent to the Deschutes National Forest. They also both feature larger-than average-sized lots: Tollgate’s are primarily about a half-acre, while Crossroads’ are about an acre.
Both neighborhoods were originally very horse-friendly; and, technically, the CCR’s for both communities still allow for equines. However, owning horses has become less popular within Tollgate as a whole over the years, and the requirements now are pretty strict.
Tollgate and Crossroads also share a similar layout: Both consist of several main loop roads, with a network of small cul-de-sacs branching off the loops. That can make navigating these neighborhoods and getting the lay of the land within them a bit challenging for first-timers.
Crossroads is the simpler layout of the two, with three main roads (Crossroads Loop, Bluegrass Loop and Mountain View Loop) that feed into a handful of short arterial roads. Tollgate, on the other hand, can be confounding to even the veteran visitor, because of its elaborate, serpentine system of loops and cul-de-sacs — all of which feature horse-related street names, with no obvious method of organization. Let’s hope you’re good at memorizing
It’s those cul-de-sacs, though, that continue to draw home-buyers of all kinds — they offer an element of privacy that’s getting tougher and tougher to find, even in small-town Sisters. It isn’t everyone who can walk out their back doors and head straight for the wilderness. 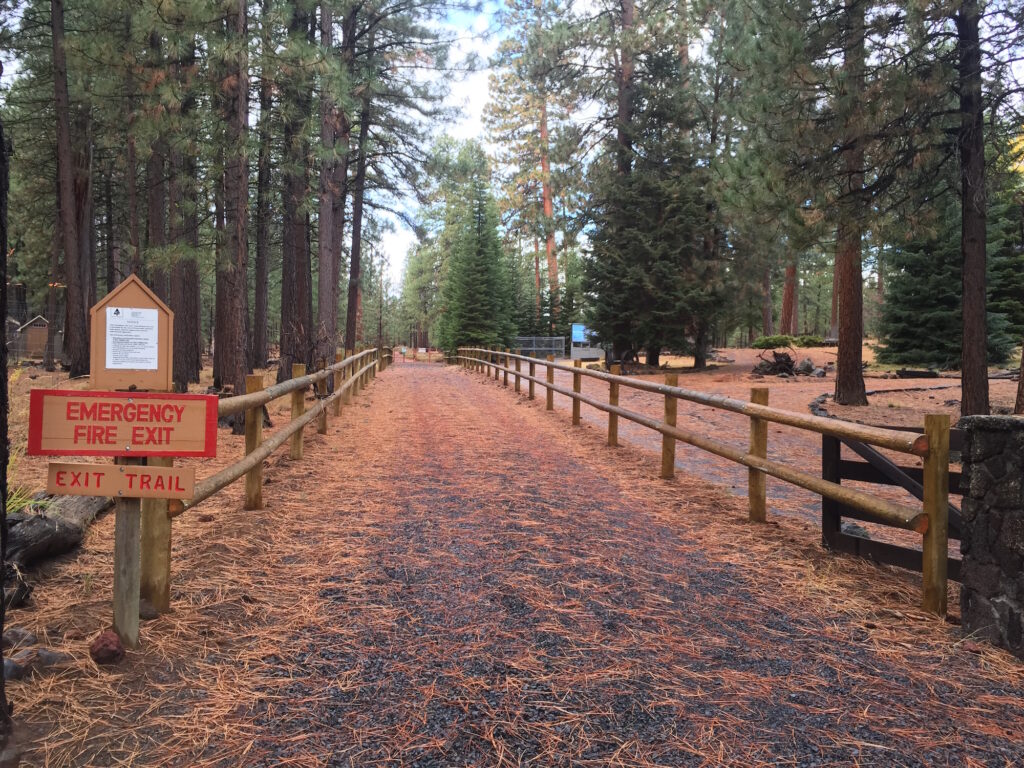 One of the Crossroads access points to the Deschutes National Forest. 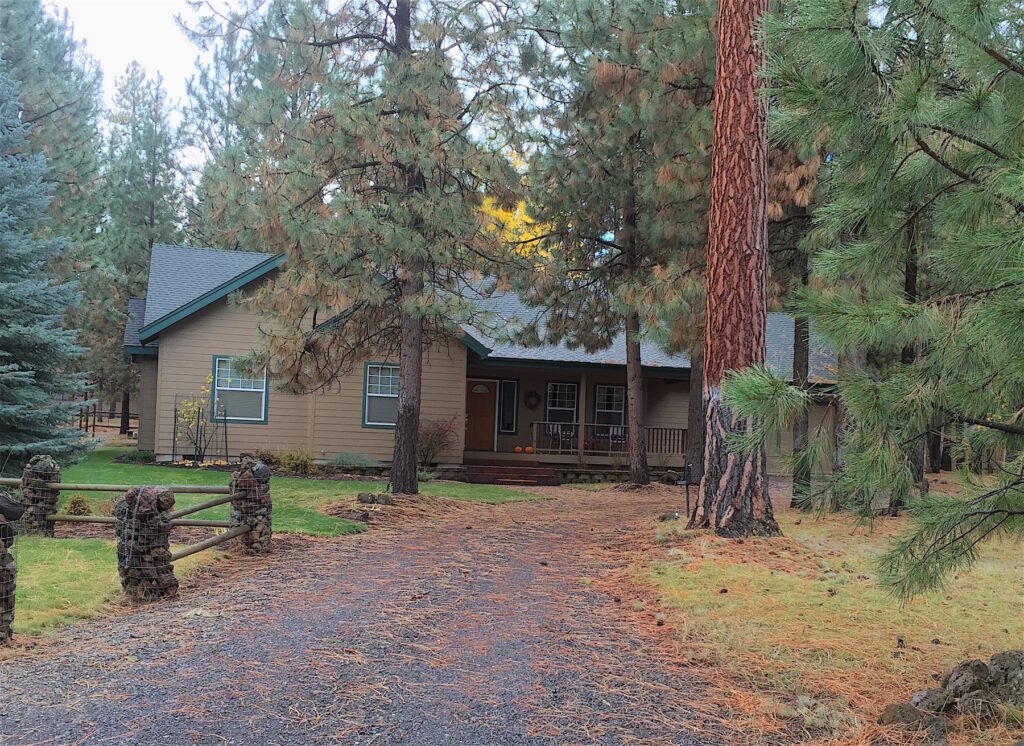 Because both neighborhoods have evolved over the years, you’ll find a wide range of home styles and sizes in both. Tollgate is known for its log cabins, weekend bungalows and quaint cottages, but also has larger, more stately residences. 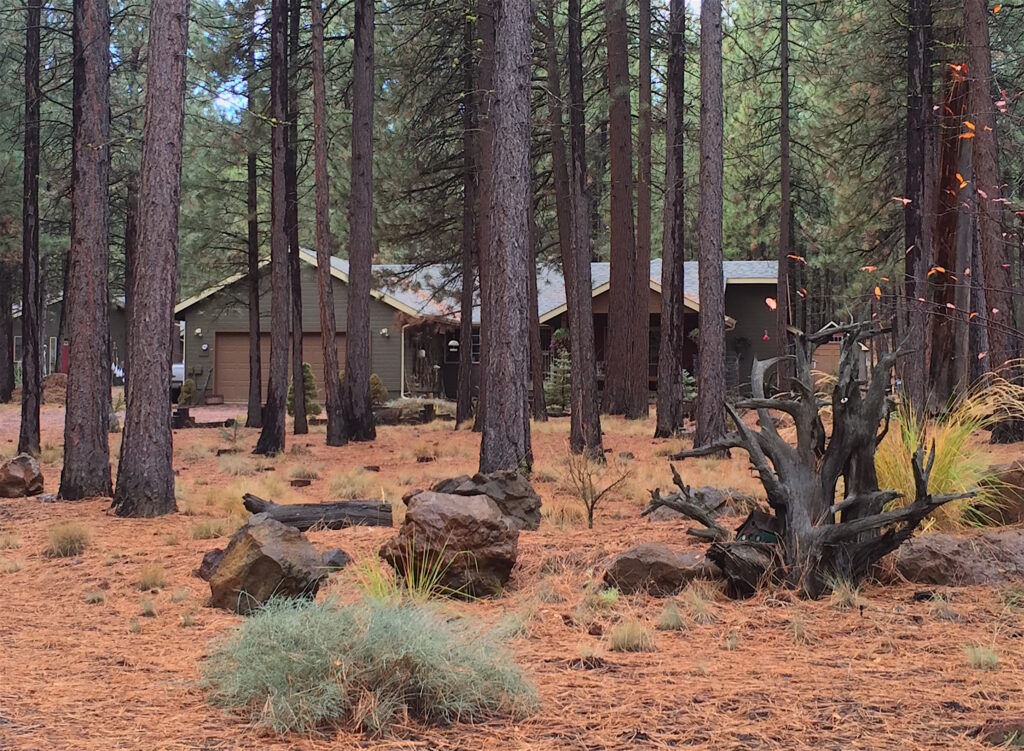 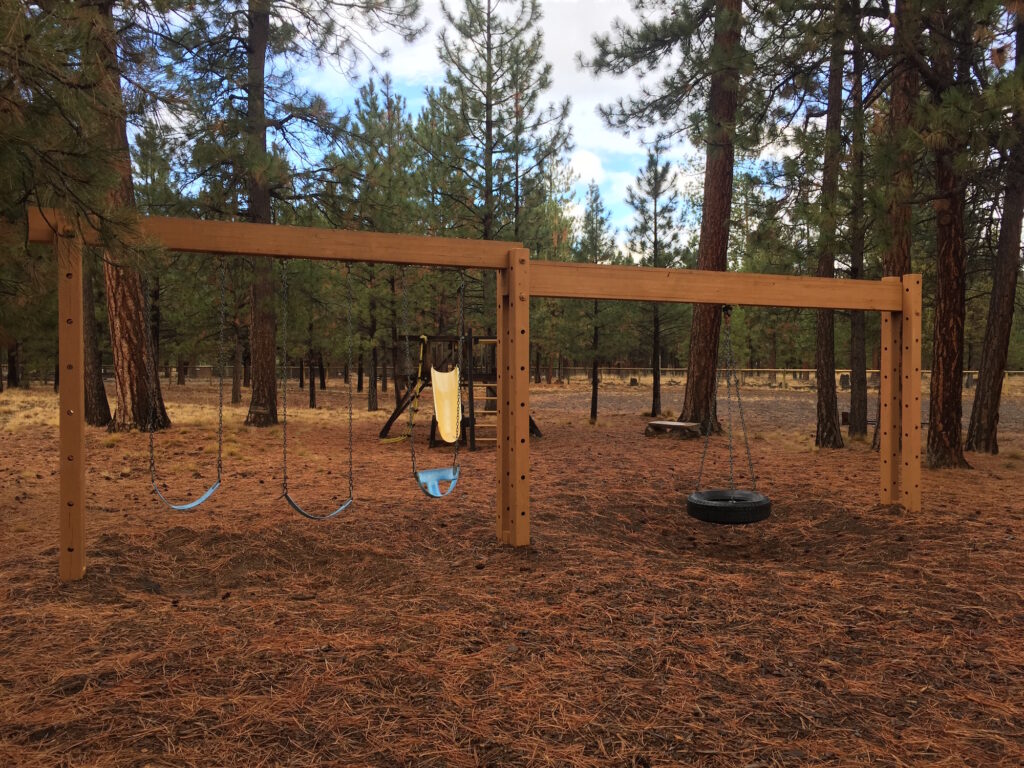 The park/picnic area at Crossroads

In the beginning, Crossroads dedicated one section of its development to manufactured homes (Bluegrass Loop), while the other was dedicated to frame-built homes. Over the years, however, many of those manufactured homes have been replaced with frame-built homes of various styles and sizes. And although many properties in Crossroads do feature horse setups (and horses), there are also many properties that don’t.