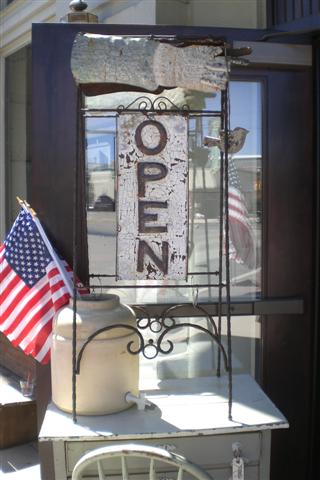 Wandering around downtown Redmond recently, I stumbled upon Cricket on the Hearth Vintage Home (“Primitives, Vintage Finds & Worthy Goods for the Home,” 541-504-7770 ). Fittingly enough, the antiques shop is located in the lobby of the Redmond Hotel. I say “fitting” because walking through its doors is like being transported to another locale. One where all sorts of interesting things happen.
You certainly don’t expect to find a shop like Cricket on the Hearth in Redmond. Actually, you don’t expect to find a shop like Cricket on the Hearth at all because there aren’t very many shops like Cricket on the Hearth anywhere — at least not in the continental U.S.
Maybe that’s one reason I’m so fond of it. There’s absolutely nothing trendy, fashionable or mass-produced about it. It’s odd. And I mean that as a compliment. It’s quirky in a way that can’t be manufactured. “Vintage” in a way that feels more European than American.

In fact, it reminds me of a small-town French flea market, the sort cram-packed with ancient oddities, many of which you’ve never seen before and have no idea how, when, where or by whom they were used. The kind I could spend hours prowling around with no problem (and have), venturing from one fascinating tableau to another in a valiant effort to conjure their stories.
Perhaps just as surprising as Cricket on the Hearth is the woman behind it: Peggy Stacy. A postal worker for 22 years, Stacy moved to Central Oregon in 1998 to open a bed-and-breakfast inn.

Given the incredibly creative, unique space that Stacy has assembled at Cricket, it’s hard to believe she has no art background. She obviously has a gift for design because every inch of the store is extremely well-thought-out and inventive. She also has a great sense of humor (and even her sales tags are interesting). To find much of her inventory –- a mix of new and old, new that looks old, funky, feminine, useful, previously useful, industrial and strictly decorative) — she travels to Montana, Washington and California. However, she also contributes some of her own handiwork (she makes all the needlework samplers and some of the stained-glass pieces). The shop is open Wednesday-Saturday, so plan accordingly!
Want to take a glimpse yourself? Below are photos of the shop. Bon voyage! 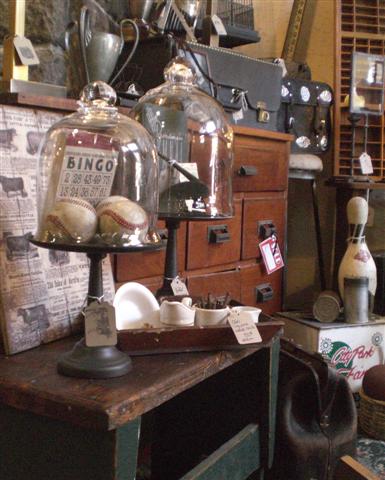 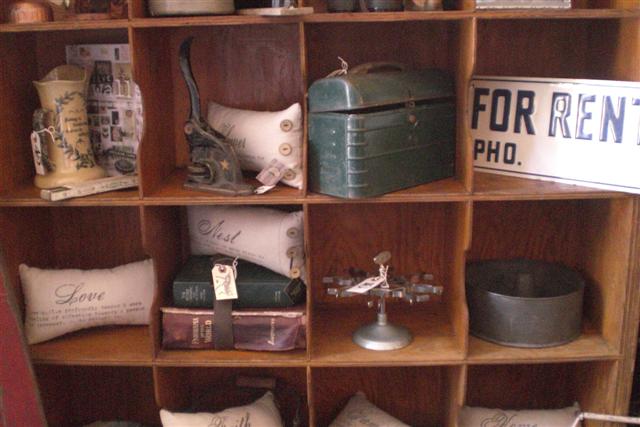 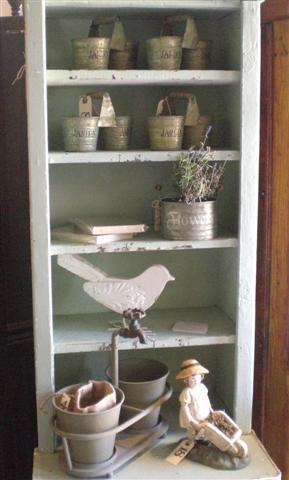 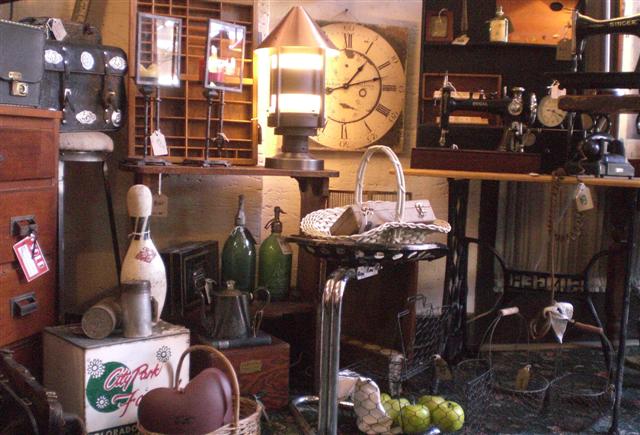 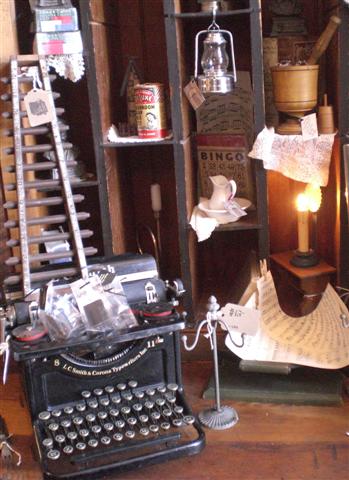 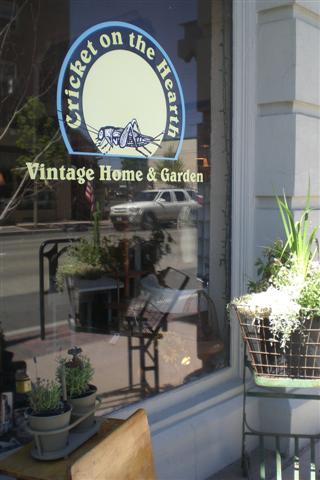