Update on the Rooster Rock Fire in Central Oregon 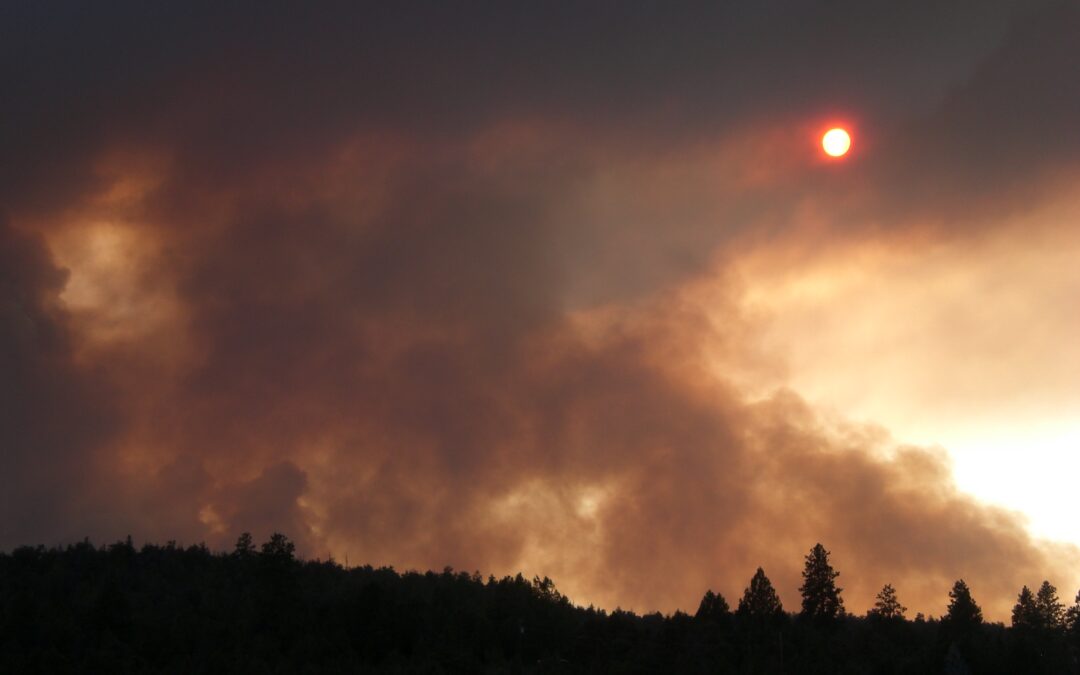 Yesterday we watched as the Rooster Rock fire, first reported on Monday,  lumbered toward Tumalo.  While Sisters proper cleared significantly by Wednesday afternoon, the sky over Tumalo grew hazy and the air was noticeably  smoky.
By work-day’s end, the sky was eerie, ominous — it looked as if the fire was hovering just above Tumalo Reservoir, one of the most popular spots in the region for outdoors lovers. Since we hadn’t yet heard a fire update, we decided to drive along Collins Road to get a look-see for ourselves. Not only did the drive put our mind at ease (the fire was actually much further away than it appeared from Highway 20), but it provided some incredible images of a fire-tinged sun surrounded by rolling clouds. Check out a few of them below.
By Thursday, the fire had grown to more than 5,800 acres and was 30 percent contained.