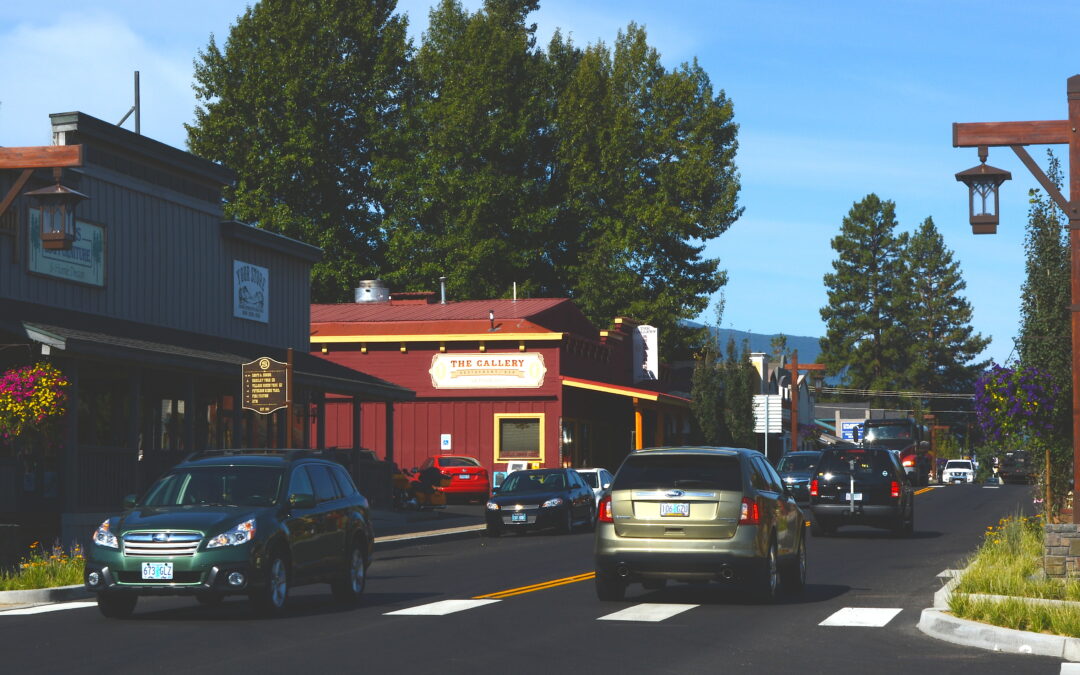 Drive through downtown Sisters, and it’s hard to believe that just a few short months ago, the main thoroughfare through town looked like this:

Now, as the finishing touches of the Highway 20 rebuild project are completed — first the expanded sidewalks, then the wooden benches, stone planter boxes, aspen trees (see photo, right) and extensive landscaping — it’s possible to see the end in sight. And what an vision it’s shaping up to be.

The project, which began Jan.22 with the closing of Cascade Avenue to all vehicular traffic for a three-month stretch, recently received perhaps its most dramatic punctuation mark: gorgeous timber-frame streetlights that are now standing guard over each block of downtown.