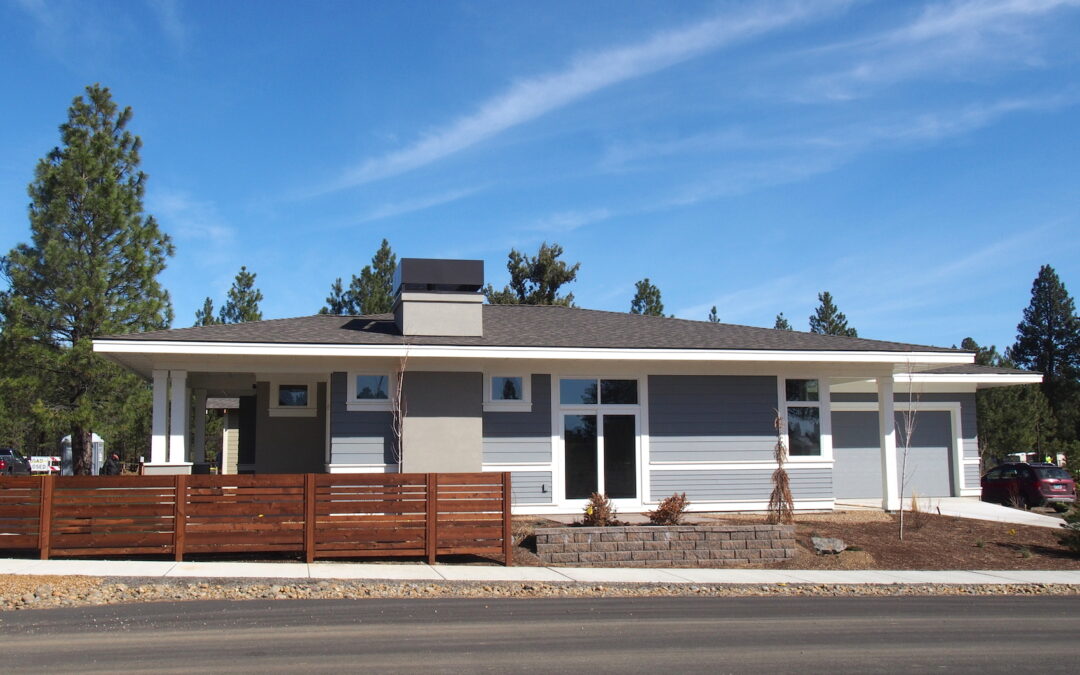 Phase II of ClearPine, Sisters’ newest subdivision, has begun. The 20-acre, 100-home project in northeast Sisters was conceived as sort of a scaled-down version of Bend’s uber-popular NorthWest Crossing neighborhood: Rather than feature a single builder, similarly sized homes and a handful of floor plans, ClearPine features high-quality construction in a mix of architectural styles as well as types of homes (including single-family homes, smaller “cottages” and townhomes). 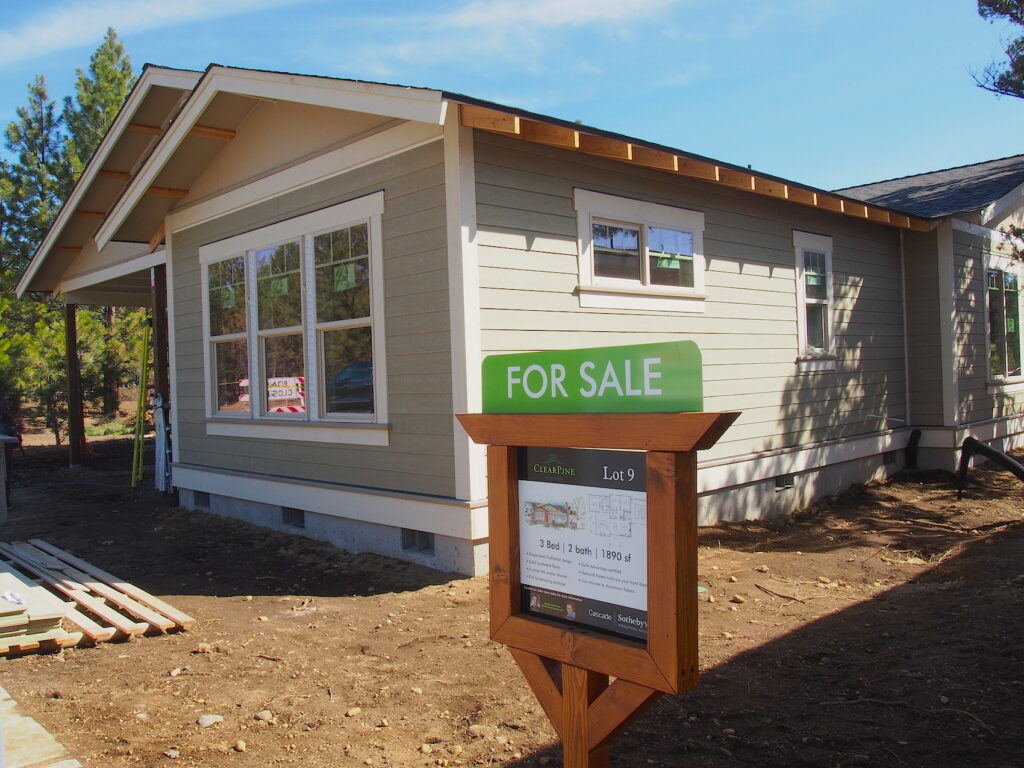 With the announcement of Phase II of ClearPine, fourteen new lots are available. They range in size from 5,775 square feet to a roomy 8,261 square feet. Prices start from $99,000 for interior lots and cap out at $145,000 for the larger south-facing lots that back up to Trapper Point, providing some Cascade Mountain views, not to mention additional privacy. Completed homes start in the mid-$300,000’s for the cottages and range up into the mid-$400,000’s for homes. 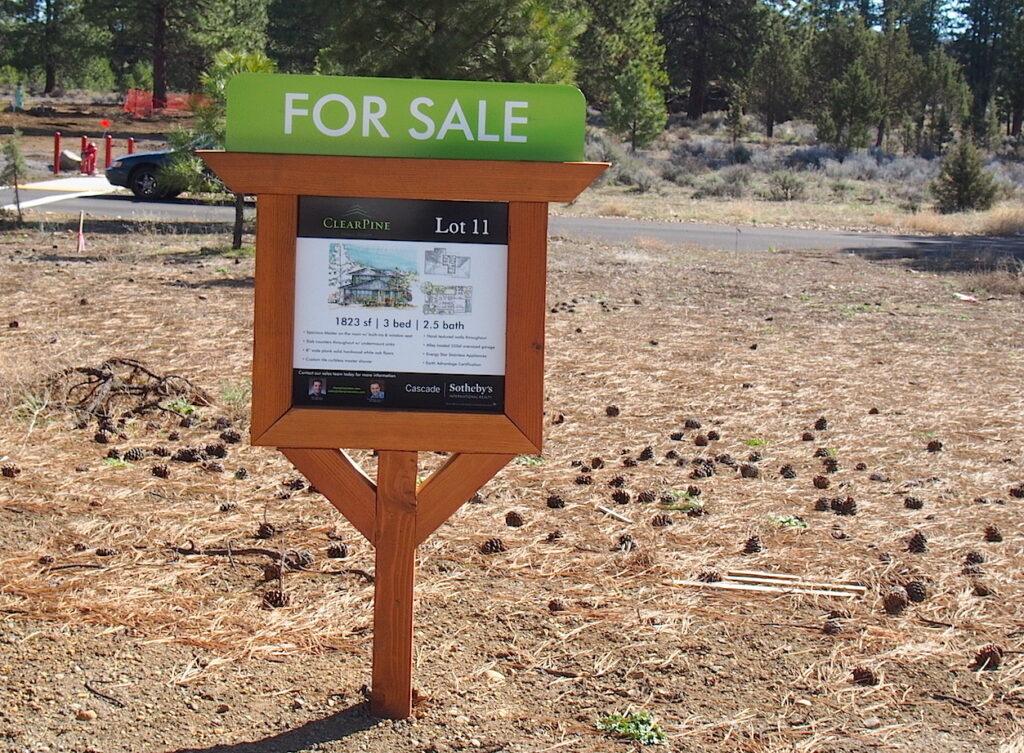 For the project, developer Peter Hall has assembled a “Select Builders Guild” of recommended Central Oregon homebuilders. As of now, there are four approved home styles — Craftsman, Prairie, Mid-century Modern and American Foursquare -– plus three preferred builders and four preferred designers. Although folks who purchase lots aren’t required to use any of these vendors, all site development plans must adhere to ClearPine’s fairly extensive Design Guidelines and CCR’s and must receive written approval from the ClearPine Design Review Board and the City of Sisters Planning Department.

Here are a few more photos that show the work in progress: 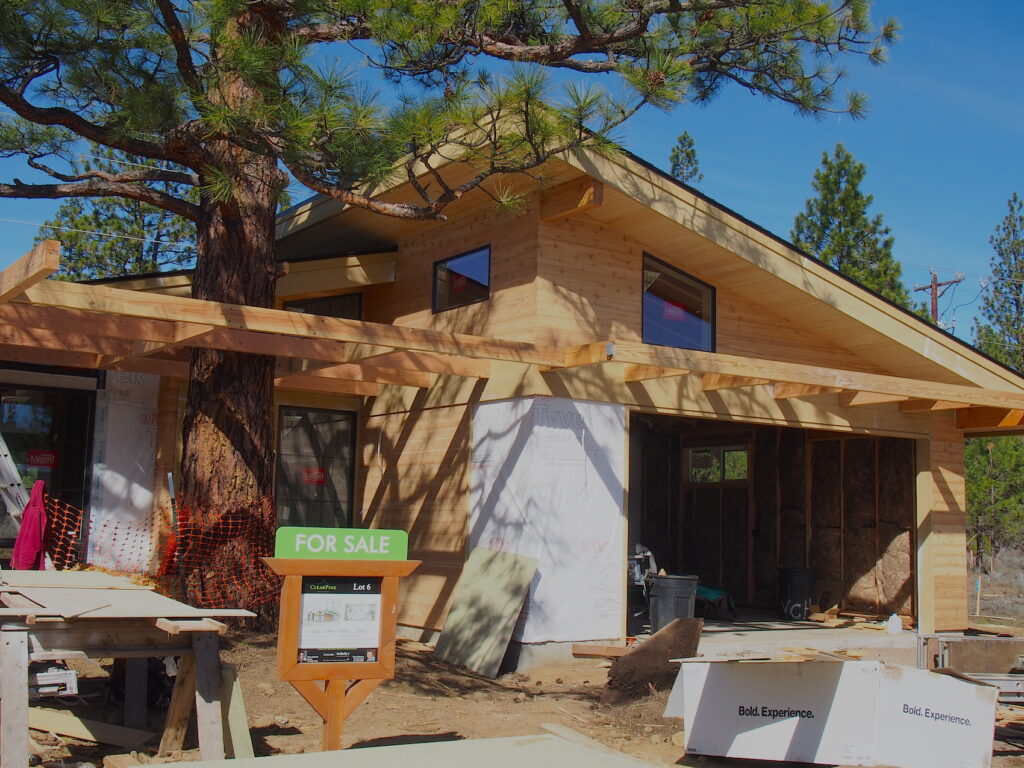 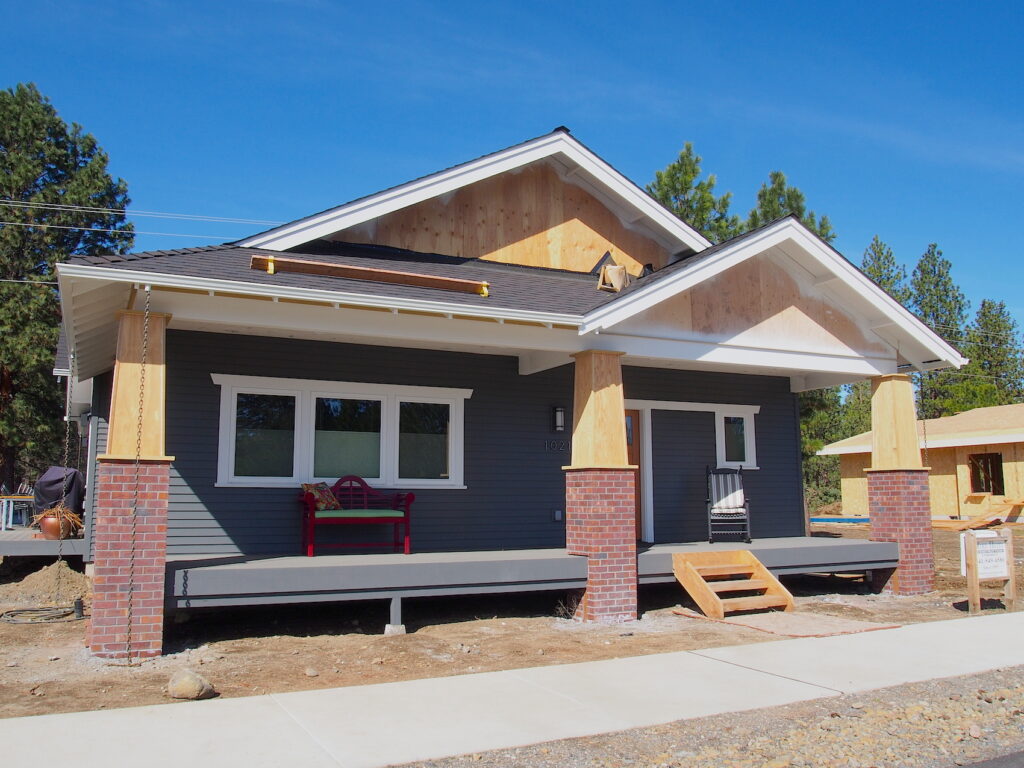 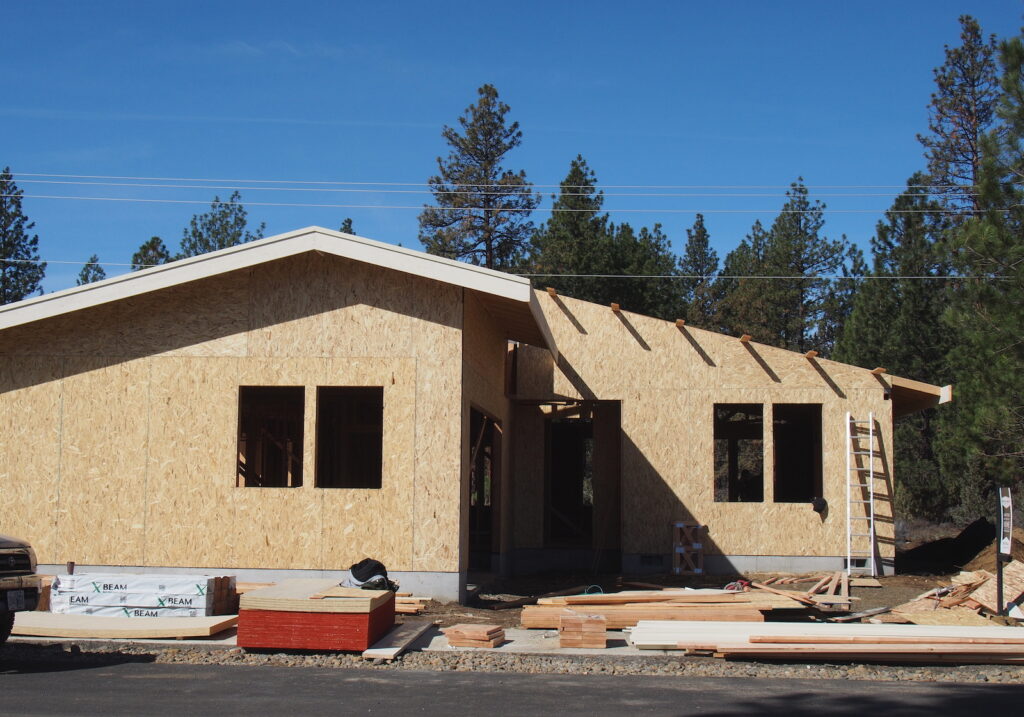 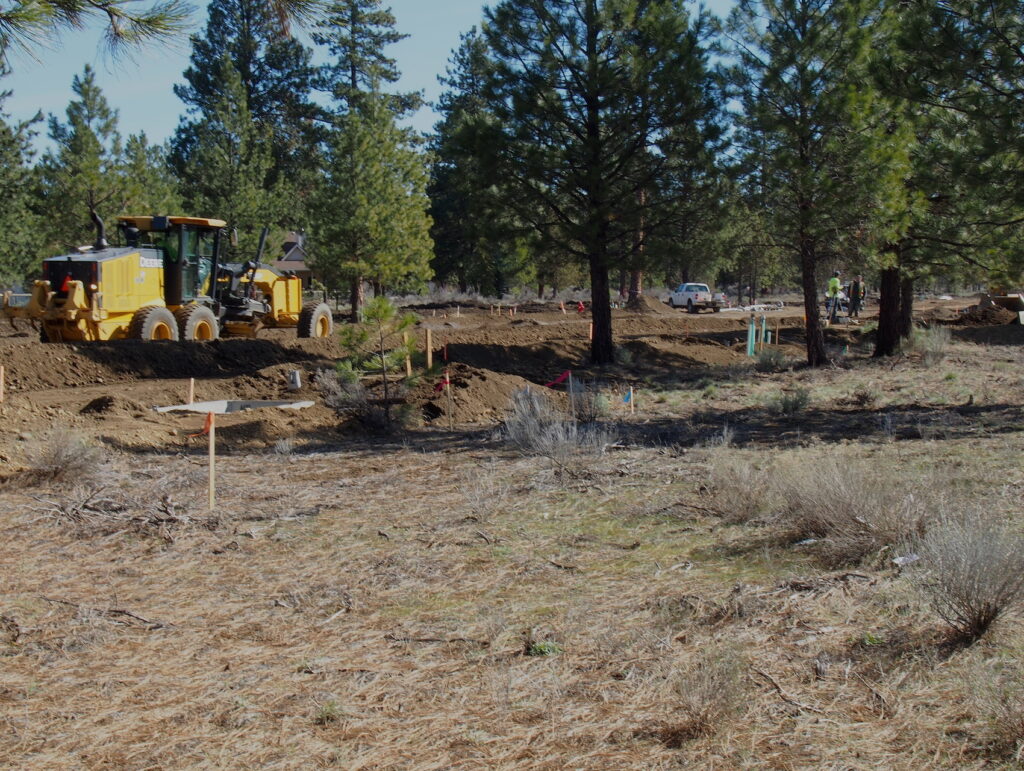