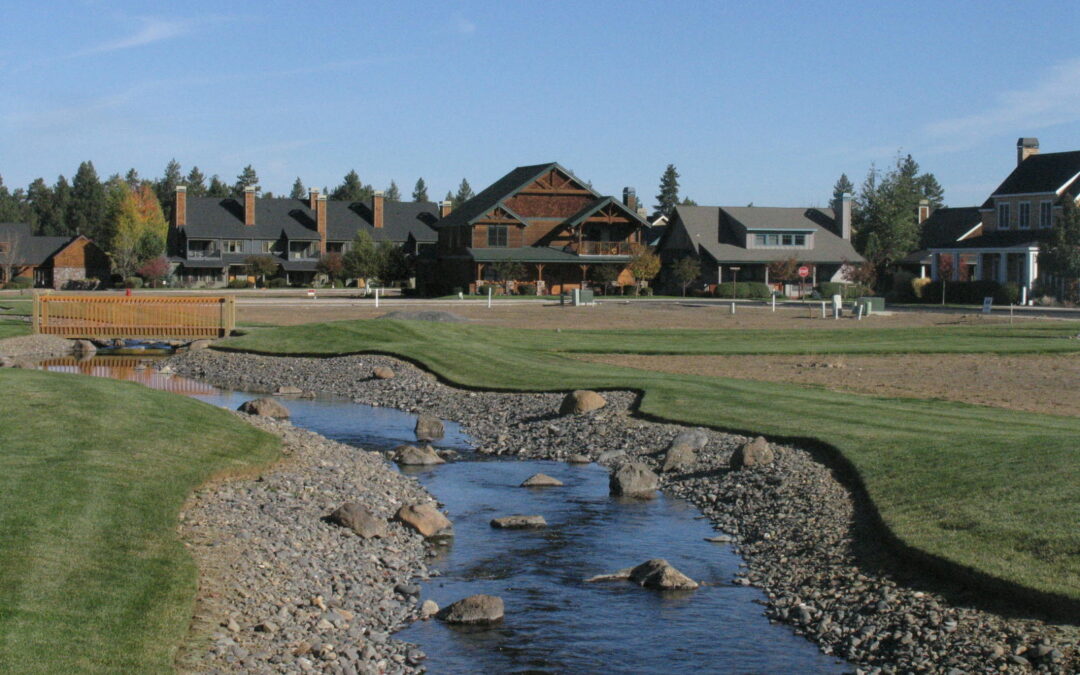 The March Sisters residential real estate market was most notable for two things, both involving price. On the positive side, sales of both Single Family Residential (SFR) and Residential with Acreage (RW) listings were up (from 11 in February to 18 in March); and the majority of the homes sold had been on the market a very long time (for example, 415 days, 454 days, 826 days, 1228 days and 1481 days).
It’s always a relief to see a stale listing sell, so to see nine of them in Sisters move in a single month is really heartening. The reason for the lengthy days on market here: Yes, three were short sales, but several others were simply overpriced. The average sale price compared to list price of those nine properties was 85.41 percent. By the way, that percentage doesn’t factor in the original price for listings that were taken off the market for a few months and then relisted (as was the case for several of these listings).
Which brings me to the other price-related shift, which relates to the Active listings. There’s been a notable increase in list price –- especially when compared to a year ago at this time. In March 2011, the median price for Active SFR listings was $414,000; in March 2012 it was $439,500 (and in February 2012 it was $399,495). Meanwhile, the median price for Active RW listings in March 2011 was $499,500, while the March 2012 median price was a whopping $624,950.
Folks, the market hasn’t improved that much since this time last year. The median price for the 32 SFR listings that sold from January through March 2011 was $154,500, while the 24 SFR listings that sold so far this year (through March) is $186,375. Similarly, the median price for the 20 RW listings that sold from January through March 2011 was $290,500, while the 19 RW listings that have sold through March of 2012 is $360,000. As you can see, there’s a significant gap between list price and sales price, which tells you that many Sisters sellers have been and still are overvaluing their properties.
So if you’re thinking of listing your home this spring and “testing” the market at a high price to see what will happen, accumulating days on market is most likely the result you can expect. Consider the additional cost (both financially and emotionally) of having a home on the market for two to three years, and the idea of holding firm to an unrealistic price is foolhardy.
Here are a few March highlights of the Sisters real estate market:
LISTING ACTIVITY
Active Residential Listings in Sisters:  140 (82 Single Family Residences; 58 Residential with Acreage)
Contingent Residential Sales in Sisters:  1 (1 SFR, 0 RW)
Pending Residential Sales in Sisters: 13 (7 SFR; 6 RW)
Residential Sales in Sisters: 18 (8 SFR; 10 RW)
Average Days on Market:     212 days for Active SFR listings
201 days for Active RW listings
332 days for the SFR listings sold in March
322 days for the RW listings sold in March
Median Sales Price:
$439,500 for Active SFR listings
$624,950 for Active RW listings
$199,625 for the SFR listings sold in March
$379,500 for the RW listings sold in March 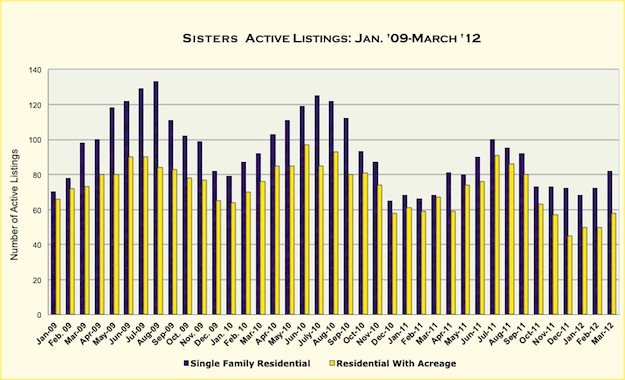 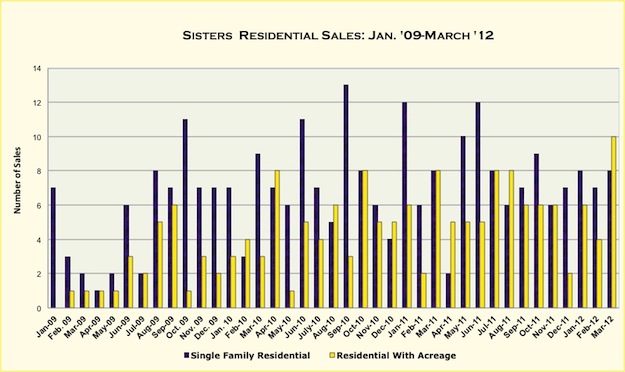 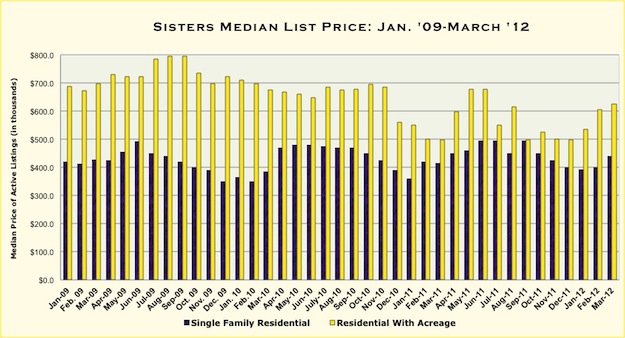