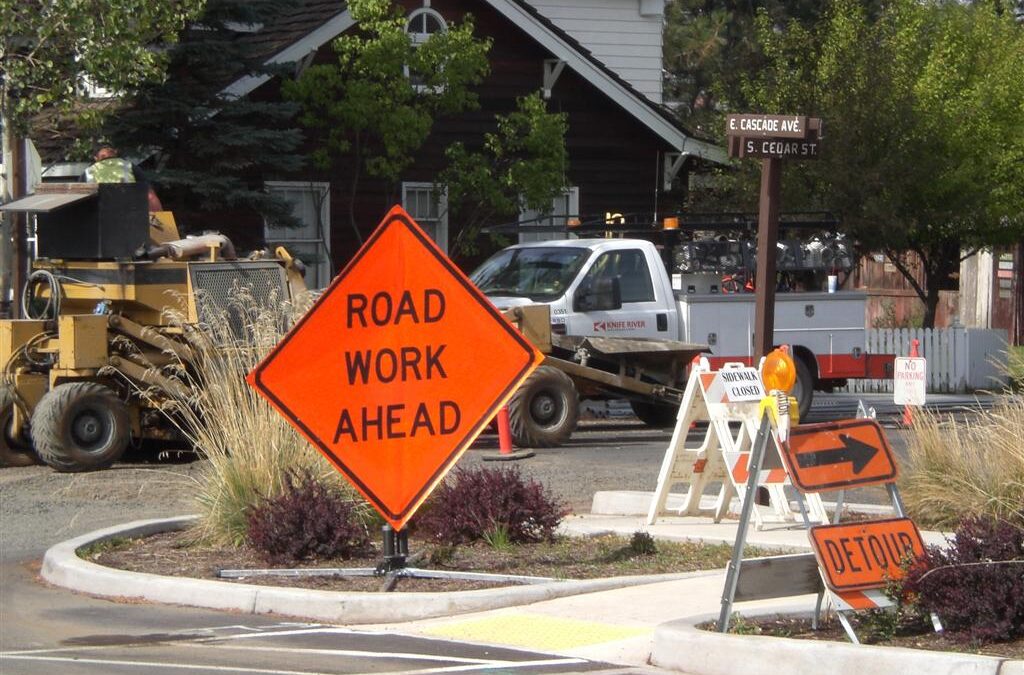 The revamping of the six-block stretch of Highway 20 that becomes Cascade Avenue as it winds through downtown Sisters has been talked about for so long that it’s hard to believe the time has finally come for the real work (i.e., the potentially white-knuckle part) to begin.
That’s right. Soon, driving through downtown Sisters is going to be a lot more challenging — at least for the next several months. A chunk of Highway 20 will be closed 24 hours a day seven days a week to all vehicle traffic. So, hold your breath.
Here’s the plan: On Feb. 10, Knife River construction crews will return to Sisters, completing the stormwater system work that was halted for the holidays (that work will be restricted to nighttime hours). Then, beginning March 1, U.S. Highway 20 will be completely closed in rolling, three-block segments from east to west between March and May, and will reopen by Memorial Day weekend (just in time for the real crowds to arrive).
During that time, east-bound automobile/bicycle traffic will be diverted onto Hood Avenue; westbound automobile/bicycle traffic will be diverted onto Main Street.

Freight traffic will be required to use an alternate route via Locust Street and Barclay Drive, north of Highway 20. A temporary signal has been installed at the intersection of Barclay Avenue and Highway 20 to aid traffic flow there.
The $6.6 million project, a joint effort between Sisters and the Oregon Department of Transportation (ODOT), began last August, after many years of debate about how best to balance the need to upgrade the highway with the desire to not restrict visitors’ access to local businesses. According to ODOT, the roadway through Sisters was so severely rutted and cracked that it needed to be totally removed and replaced. In addition to completely rebuilding the road surface between Pine and Locust streets, the project includes a new stormwater system, new extended curbs, crosswalks, wider sidewalks (eight-feet wide instead of the existing 5-feet, 5-inches), new landscaping and new street lighting.

Initially, the work (which was done at night to minimize impact on traffic) focused on the east end of Sisters, where new pavement, signs, permanent markings and curbs were installed. ODOT also resurfaced Barclay Drive and widened the intersection at Locust Street to make it easier for freight trucks to negotiate the turn.To avoid disrupting holiday shopping revenue for downtown businesses, construction crews temporarily suspended work on Nov. 15.
When work resumes on March 1, and as long as the detour is in effect, construction activities will no longer be restricted to evening work. The bulk of the project is scheduled to be completed by May 2014, with landscaping and other odds and ends complete by this fall.

About the Author Lisa Broadwater, GRI, CDPE, is a Central Oregon-based real estate professional who specializes in listing and selling homes, especially in Sisters, Tumalo, Bend and Redmond.