A couple of weeks I go, I wrote about the flurry of new businesses that have opened recently in Sisters. I neglected to mention Three Ponies Saddlery, a Sisters staple for the past year (what can be more fitting here than a saddle maker?), which opened in a new expanded locale in Town Square (161 E. Cascade) not long ago.
The move was a good one for several reasons. For one, says Three Ponies owner David Holmes, he had outgrown the old shop. The new storefront has ample room for Holmes’ work space (in addition to building new saddles, he also does a lot of leather repair work on everything from saddles and tack to boat tarps). There’s also more room here for the shop’s retail space, which has grown to include Holmes’ custom saddles, plus consignment saddles, new Amish-made tack, knives, small leather goods, and artwork and handed-burned cowboy-inspired leather pieces (artworks, really) from well-known Sisters resident Dyrk Godby.
Also, although the previous locale on Cascade next-door to the Sisters Rodeo office provided higher visibility (the current storefront is on the back end of Town Square, closer to Hood Avenue than Cascade), parking here is a lot more accessible –- especially for folks with horse trailers and such, who have now room to spare. And, in fact, that’s often a real consideration for Holmes’ clients — for example, he just finished restoring an 18-foot tipi.
Here’s a closer look at the new space: 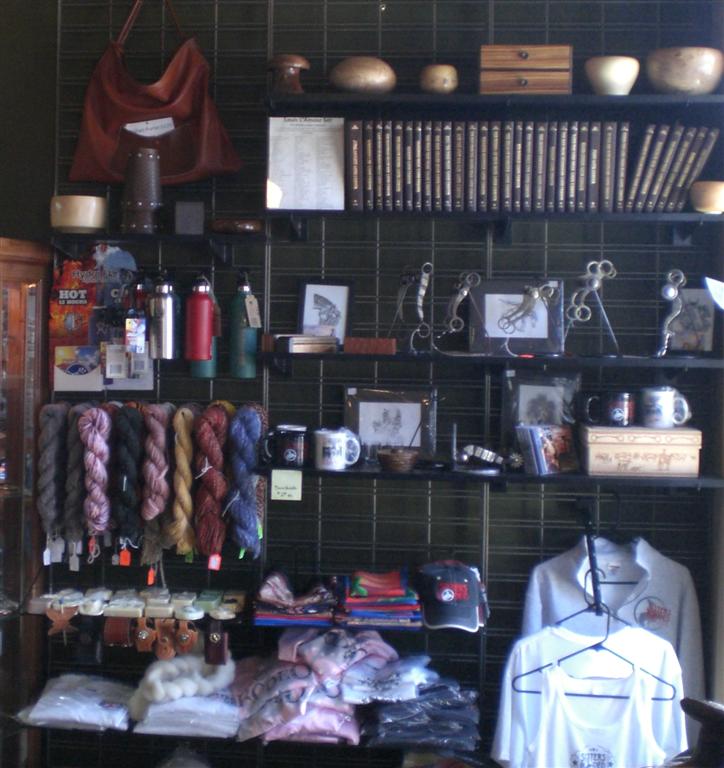