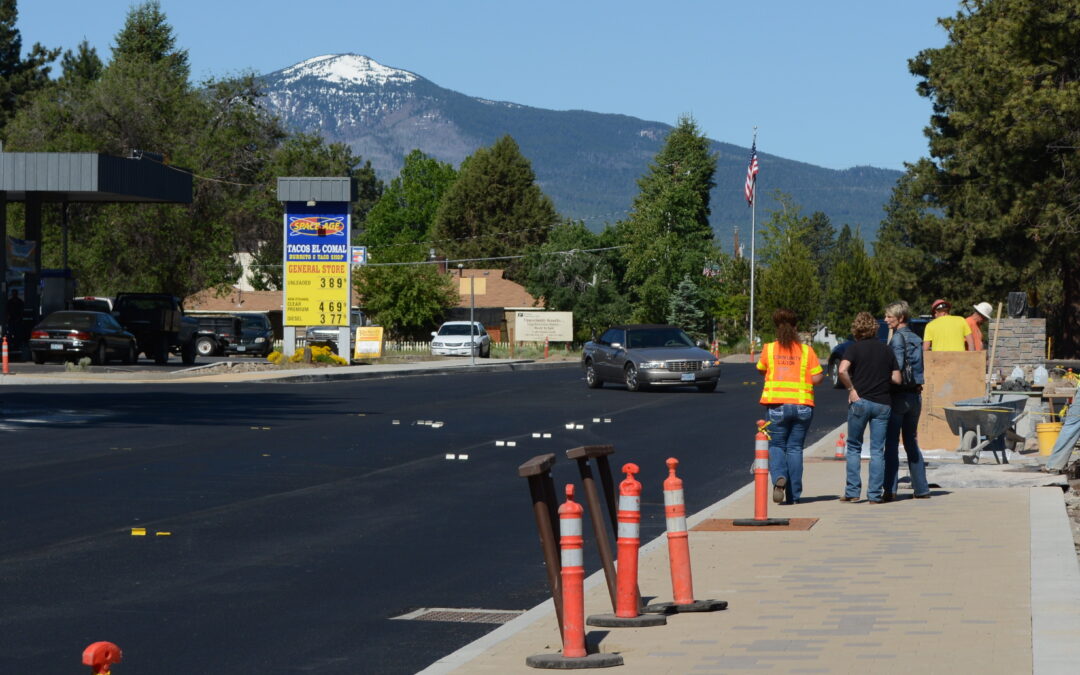 These days, Sisters is abuzz with activity — and not just because the work crews that rebuilt  Highway 20 are still hard at work finishing the massive road project (adding the crosswalks, the landscaping, gaslights and wider sidewalks.
For one thing, many buildings downtown recently received (or in the process of receiving) much-appreciated  face lifts, thanks to almost $100,000 of grants awarded to local businesses by the City), numerous businesses have recently opened downtown.

Great Stuff/I.M.M.S, an almost impossible-to-categorize outfit. Here, owner (and former Realtor) Dennis Johnson has combined an antiques shop with his consulting business (he says I.M.M.S. stands for “Innovative Management and Marketing Systems”). The interior of the shop is studded with Johnson’s personal collection of unique antiques and vintage log cabin/mountain-inspired art.

Hood Avenue Art. The artists’ co-op features the works of more than 20 regional artists, encompassing a broad spectrum of media, including painting, sculpture, metalwork, pottery, photography and jewelry-making. The large, diverse space is located next-door to the Gary Cooley Collection Gallery and a few doors down from Clearwater Gallery  — not to mention, on the same street as Sisters Gallery, Ken Scott’s Imagination Gallery, DonTerra ArtWorks and Cha for the Finest.
Looks like Hood Avenue is becoming Art Row…
Not on Hood Avenue (and, technically not new -– but new to me) is Studio Redfield.

Owners Randy & Susanne Redfield have occupied the space where they produce gorgeous hand-made tiles (102 E. Main) since last September but recently opened it up to the public as a showroom. In addition to Randy’s large abstract paintings, they also carry tiles designed by several other established artists (including local Kathy Deggendorfer),
If you need a good excuse to check out the new galleries, consider stopping by the newly inaugurated “4th Friday in Sisters” event this Friday. More than a dozen local art outposts will be open late (from 4 to 7 pm), hosting open houses (some are even offering demonstrations).

Other comings and goings in town: Eurosports has moved to the former Sage Antiques building across the street.  High Desert Hair Co. has moved to the Town Square building…Blue Alchemy has left Town Square. Bronco Billy’s is now offering breakfast…The Porch is now offering brunch on Saturdays and Sundays…Hen’s Tooth has expanded into the former White Rabbit spot. And Things Etc., a jewelry design & repair shop, has opened in the former RE/MAX building (179 S. Elm)…