Taking Stock of the new Habitat ReStore in Sisters, OR 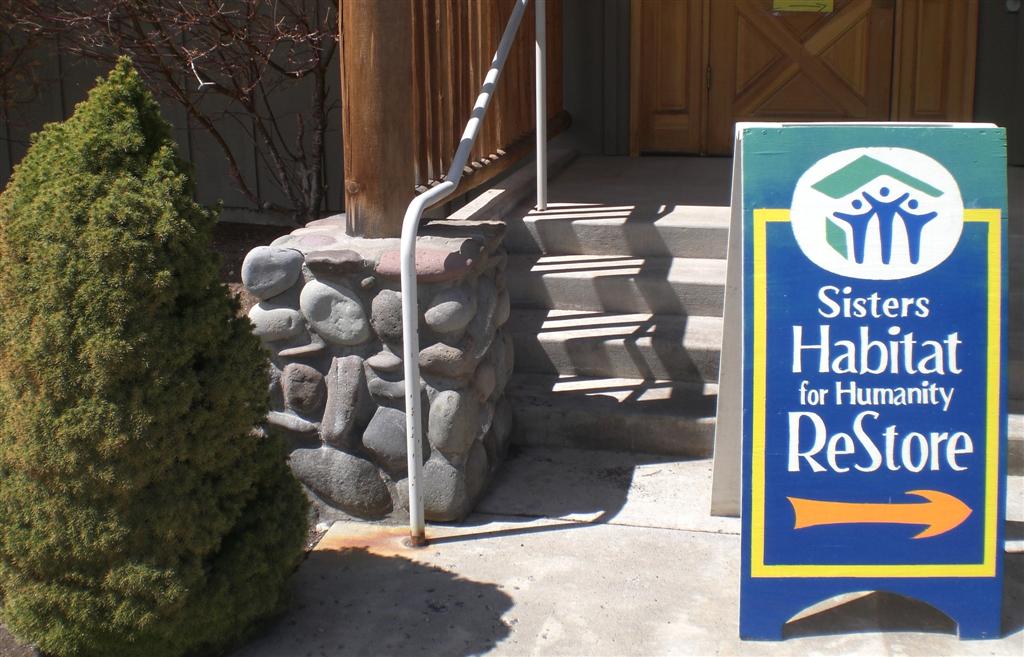 Earlier this year, the Habitat for Humanity ReStore in downtown Sisters moved from its spot on Fir Street to a new location  (254 W. Adams) with a bit more room to grow.
I’ve been a fan of Habitat for many years (ever since  I worked on a massive Habitat community build in Dallas back in the ’90s), so it’s great to see such a strong Habitat presence in Sisters. In fact, the Chamber of Commerce named it the 2010 Non-Profit Group of the Year. Last summer, Habitat held its first July Fourth Picnic in the Park — an old-fashioned community-style get-together/fund-raiser that was a resounding success (and a lot of fun, to boot).
I recently stopped by to check out the new digs and do a little shopping for myself.If you’re unfamiliar with Habitat’s retail setup, you might get this shop confused with the Habitat Thrift Store around the corner (141 W. Main St.). But, in fact, the two stock very different items. The thrift shop focuses on clothing, home accessories, toys, games and such, while the ReStore is geared primarily toward home-improvement-related things: If you’re in the midst of a remodel, it can be especially handy — with everything from doors and lighting fixtures to tile and hardware. (And right now, there’s a sale on furniture here: It’s all 25 percent off through May 24.)
By the way, if you’d like to make a donation to the ReStore, there are a few things  to know before you go. First off, clothing, linens, dishes and books should be taken to the Habitat Thrift Store rather than here. Also, there are some items that aren’t accepted, including 10-year-old appliances (or older), mattresses or box springs, shower doors, unframed mirrors or glass, computers, fax machines or copiers.
Want a closer look? Below are just some of the things I found at the ReStore on a couple of recent visits: