The News About New Construction in Bend 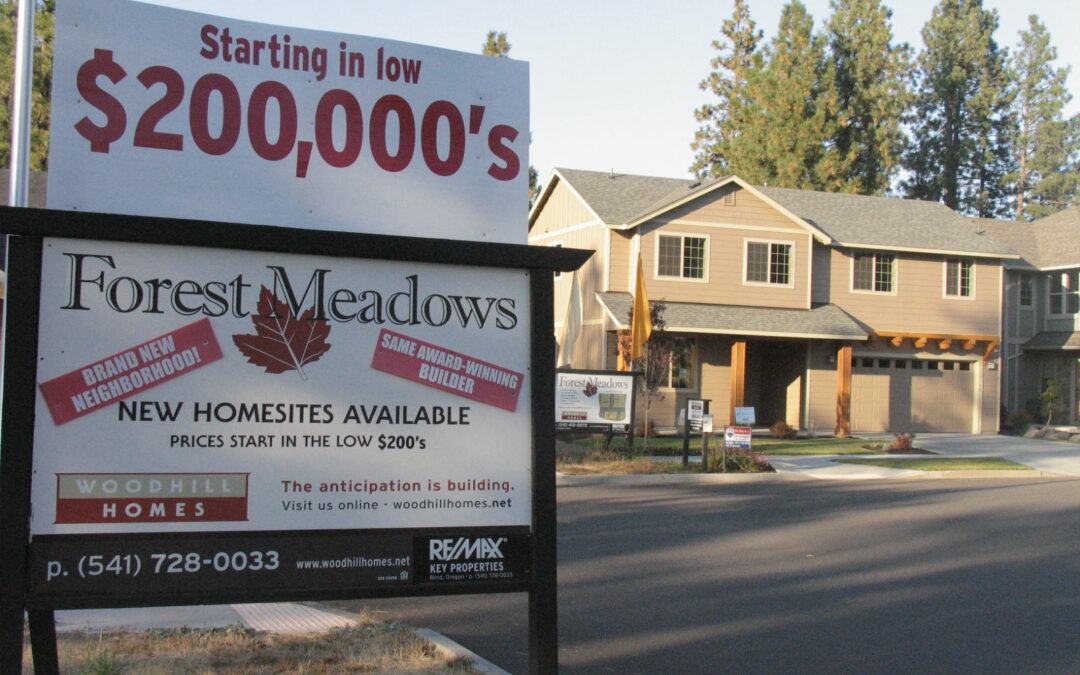 It seems we’ve gotten so used to hearing bad news about the real estate industry that we sometimes neglect to notice the progress we’re making in moving toward a more balanced market. That’s especially true here in Central Oregon –- where a higher-than-average unemployment rate and the economic after-effects of the dramatic housing downturn are ongoing concerns.
And, yes, there are still plenty of distressed properties on the market, and will be, for the foreseeable future. But that’s hardly the real housing news worth note. The thing is, while many of us were too busy wringing our hands to notice, folks starting building again in Central Oregon.

That’s right, there’s actually quite a bit of building going on –- especially in and around Bend. And it isn’t just a single home being built on a random lot here and there; there are several new developments on the market, with both custom homes and spec homes to choose from.

You don’t have to look far in the MLS system to see evidence of the increase in interest in new construction. Currently, there are 97 Active listings of new-construction single-family residences (SFR) in Bend, out of a total of 584 Active SFR listings. They range in price from $129,900 to $1,190,000, with an average list price of $348,900.

Meanwhile, there have been 107 sales of new-construction single family residences in Bend so far this year (as of Oct. 24), out of a total of 1,354 SFR sales. The sales range in price from $97,500 to $1,062,500, with an average sales price of $341,398.
No doubt the standard-bearer for ongoing sales strength in Bend is Northwest Crossing, which remained a destination of choice for many home buyers, even when new sales came to a screeching halt almost everywhere else in Central Oregon.

But a number of our other go-to developers are hard at work, too: Pahlisch Homes is actively developing several subdivisions, including Badger Forest, the Bridges and the luxury riverfront townhomes at Deschutes Landing. Meanwhile, Hayden Homes –- which just launched a year-end “sales event” –- has a handful of new subdivisions, including Bend’s most affordable new offering, Merrick (which has homes in the low-100s). Hendrickson Homes has several new homes at RiverRim.

Here’s a partial list of other area builders with current projects on the market in Bend: Blue Creek Northwest, Choice One Builders, Yelas Custom Homes, Greg Welch Construction, WoodHill Homes, WestBrook Homes, Somerset Homes, Pacwest and New Era Homes. Within this group, just about every style and price point of home is covered.
Now that’s something worth note.

If you’d like to know more about what’s happening with new construction in Central Oregon, feel free to call, email or text me, and I’ll be glad to help you research this aspect of our market in more depth.

About the Author
Lisa Broadwater, GRI, CDPE is a Central Oregon-based real estate professional who specializes in listing and selling homes, especially in Sisters, Tumalo, Bend and Redmond.