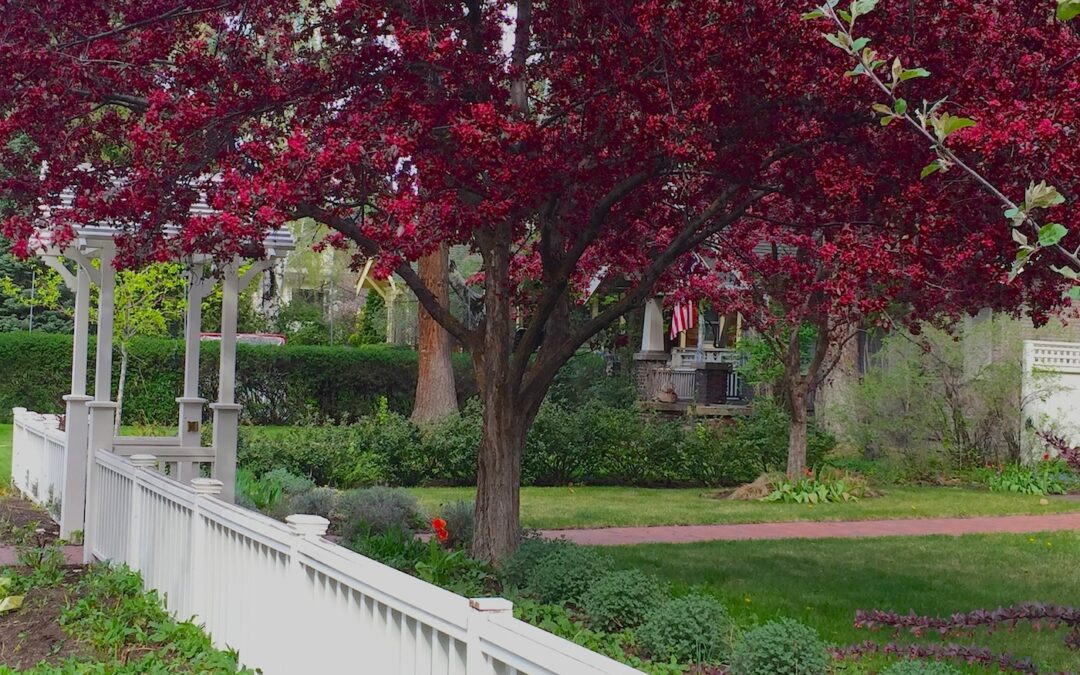 As we headed into fall, the Central Oregon real estate market* continued to show improvement. Based on statistics recently released by the Multiple Listing service for Central Oregon, the total number of sales of Residential listings is up in every market, compared to the third quarter of 2014. For several locales, that increase is sizable.

(Skip to the bottom of this post to see several numbers-at-a-glance charts that detail aspects of the Bend, Sisters and Redmond markets.)

Of the markets I monitor most closely (Bend, Sisters and Redmond), the greatest gains were seen among Bend’s Residential with Acreage (RW) listings, which saw a 20 percent increase in the total number of sales (256 sales, compared to 205 sales in 2014). Sisters’ RW listings saw the second highest increase: 16 percent (51 sales, compared to 43). 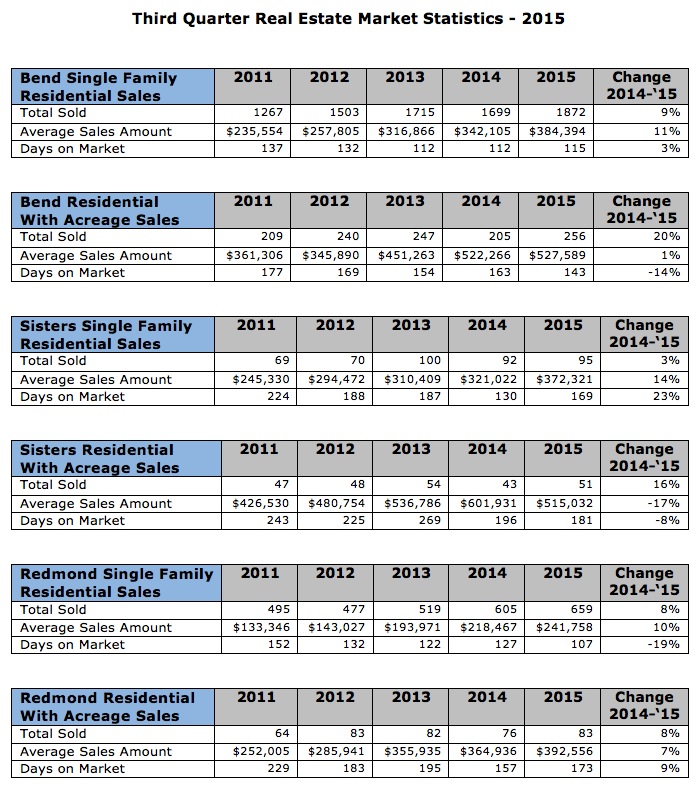