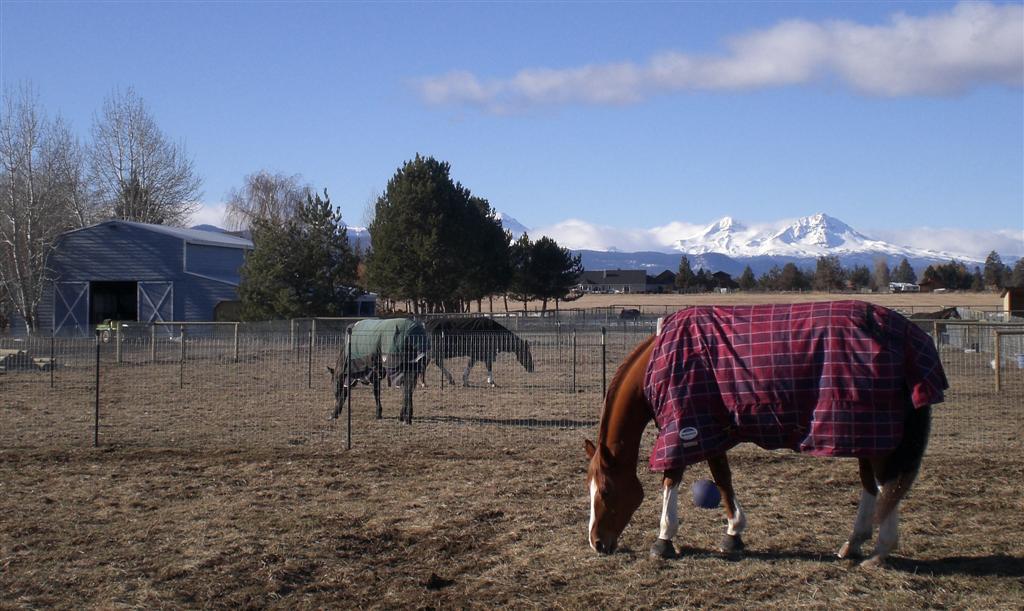 In a year notable for its million-dollar sales, Tumalo’s Residential With Acreage (RW) real estate market ended the year, fittingly enough, with two more million-dollar sales. One key difference, however: This time, the two properties (sold for a total of $4.1 million) were never even officially listed. That brings the year-end total of million-dollar sales to 10, with a sales volume of $16,585,302.
Consequently, the concentration of Active million-dollar listings in Tumalo has seen quite a shift in the past 12 months. Last December, the 35 Active RW listings included 11 properties priced at a million dollars or more, which comprised 31 percent of the Active listings in Tumalo. By contrast, in December 2013, just eight of the 40 Active listings were priced at a million dollars or more, comprising 20 percent of the Active listings.
Another interesting bit of trivia about December: Although there were nine Closed sales (five of which were above $400,000), there wasn’t a single Pending or Contingent sale at the end of the month. I can’t remember when that last happened. We’ll see if that signals a quiet January for Tumalo. It may simply mean a slight shift in timing; in December 2012, there was just one Closed sale, for $265,000.
Meanwhile, the number of days on market has seen a notable improvement since last year at this time. In December 2012, the average days on market for Active RW listings in Tumalo was 209. By December 2013, that number had dropped to 177 –- and didn’t include a single property that had been listed longer than 10 months. By contrast, last year at this time, there were a handful of Active RW listings in Tumalo that had been on the market for more than a year (with several approaching two years).
As a horse-property specialist, Tumalo has always been of particular interest to me because that’s where you’ll find many of the most desirable horse properties in Central Oregon. Because its boundaries are up to interpretation, please consider the following statistics a general barometer of the area’s real estate activity that includes most, but not necessarily all, of the listings in Tumalo.
Here are a few highlights of the December Tumalo real estate market:
LISTING ACTIVITY
Active Residential With Acreage Listings in Tumalo:  40
Contingent Residential With Acreage Sales in Tumalo: 0
Pending Residential With Acreage Sales in Tumalo: 0
Residential With Acreage Closed Sales in Tumalo: 9
Average Days on Market:   177 days for Active RW listings
117 days for the RW listings sold in December
Median Sales Price:  $637,450 for Active RW listings
$445,000  for the RW listings sold in December
INVENTORY:
Residential with Acreage: 4.9-month supply (97 sales in the previous 12 months)
SALES PRICE:
Least-Expensive Residential with Acreage Active Listing: $219,000
Most-Expensive Residential with Acreage Active Listing: $6,700,000
Price Point with the Most Active Listings: $450,000-$499,999 (six listings)
Listings at $1,000,000 or more: 8
If you’re interested in studying the market in more depth, below are several charts that capture various aspects of the Tumalo December 2013 real estate market in detail.