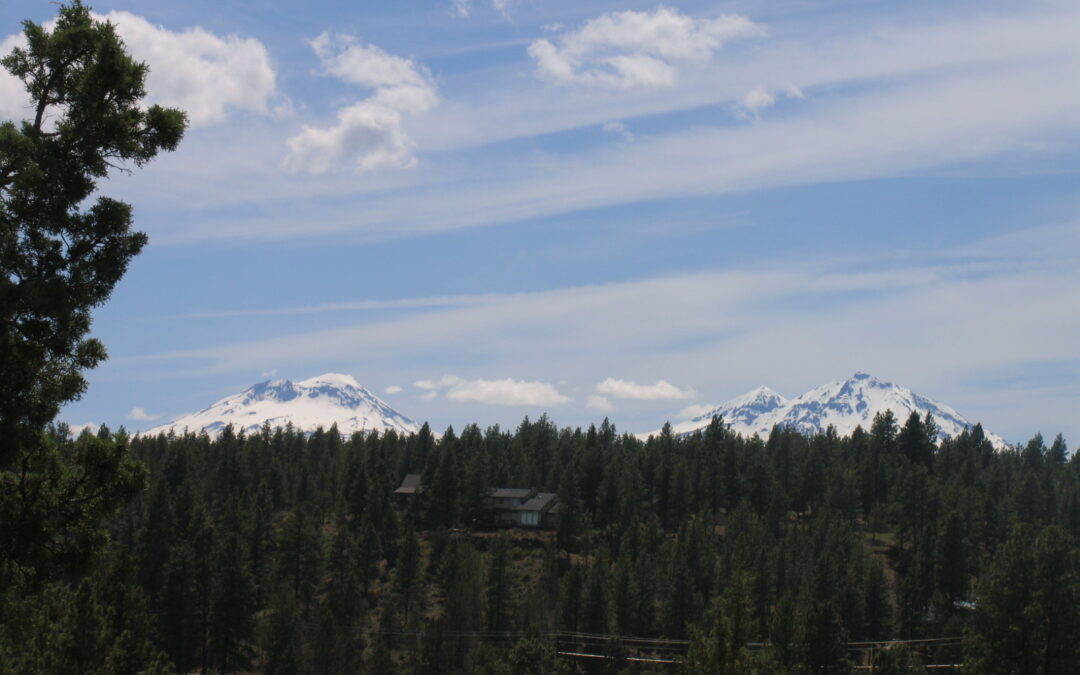 The most notable thing about the Tumalo real estate market in March was the dramatic decrease in the Median list price of Active listings: It fell from $649,900 in February to $589,000 in March. That’s the lowest it’s been since July 2010. A few reasons for the shift: Several of the February sales were above $500,000, new listings in March were primarily at the lower price points, and Tumalo sellers overall are bringing their prices down. By contrast, in March, all but one of the six closed and the six pending sales was for less than $350,000. There was, however, one pending sale above $1 million.
At one time, the million-dollar-and-above bracket accounted for at least one-third of the overall inventory, but now the most popular price point — by far — is $450,000-$499,999; it increased from nine listings in February to 12 listings in March. The $350,000-$399,999 category came in second with seven listings. However, there were no listings in the $400,000-$450,000 range.
Meanwhile, the overall supply of Residential with Acreage listings in Tumalo increased a bit, from a 9.8-month supply on February to a 10.5-month supply in March. That increase is to be expected as the warm-weather selling season approaches. To add some year-on-year perspective, the supply is still much more manageable than it was in March 2010 (when there was an 18-month supply) and March 2009 (a 36-month supply — yikes!)
As a horse-property specialist, Tumalo has always been of particular interest to me because that’s where you’ll find many of the most desirable horse properties in Central Oregon. Because its boundaries are up to interpretation, please consider the following statistics a general barometer of the area’s real estate activity that includes most, but not necessarily all, of the listings in Tumalo.
Here are a few March highlights of the Tumalo real estate market:
LISTING ACTIVITY
Active Residential With Acreage Listings in Tumalo: 62
Contingent Residential With Acreage Sales in Tumalo: 2
Pending Residential With Acreage Sales in Tumalo: 6
Residential With Acreage Closed Sales in Tumalo: 6
Average Days on Market: 229 days for Active RW listings
131 days for RW listings sold in March
Median Sales Price: $589,000 for Active RW listings
$206,450 for RW listings sold in March
INVENTORY:
Residential with Acreage: 10.5-month supply (71 sales in the previous 12 months)
SALES PRICE:
Least-Expensive Residential with Acreage Active Listing: $215,000
Most-Expensive Residential with Acreage Active Listing: $2,890,000
Price Point with the Most Active Listings: $450,000-$499,999 (12 listings)
Listings at $1,000,000 or more: 16
If you’re interested in studying the market in more depth, below are several charts that capture various aspects of the Tumalo real estate market in detail. 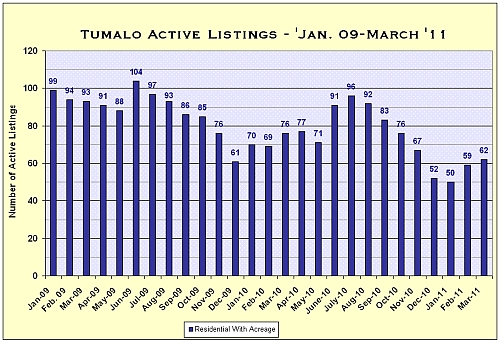 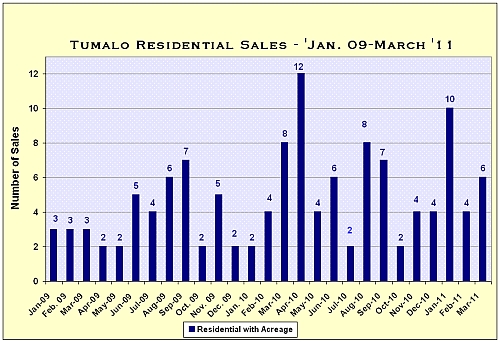 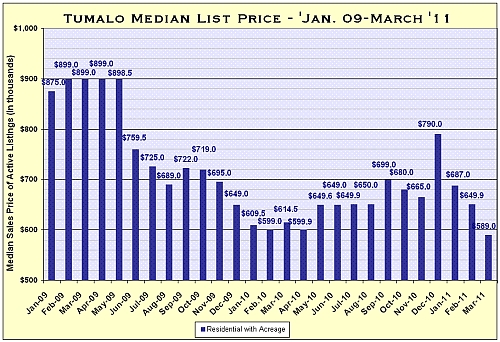