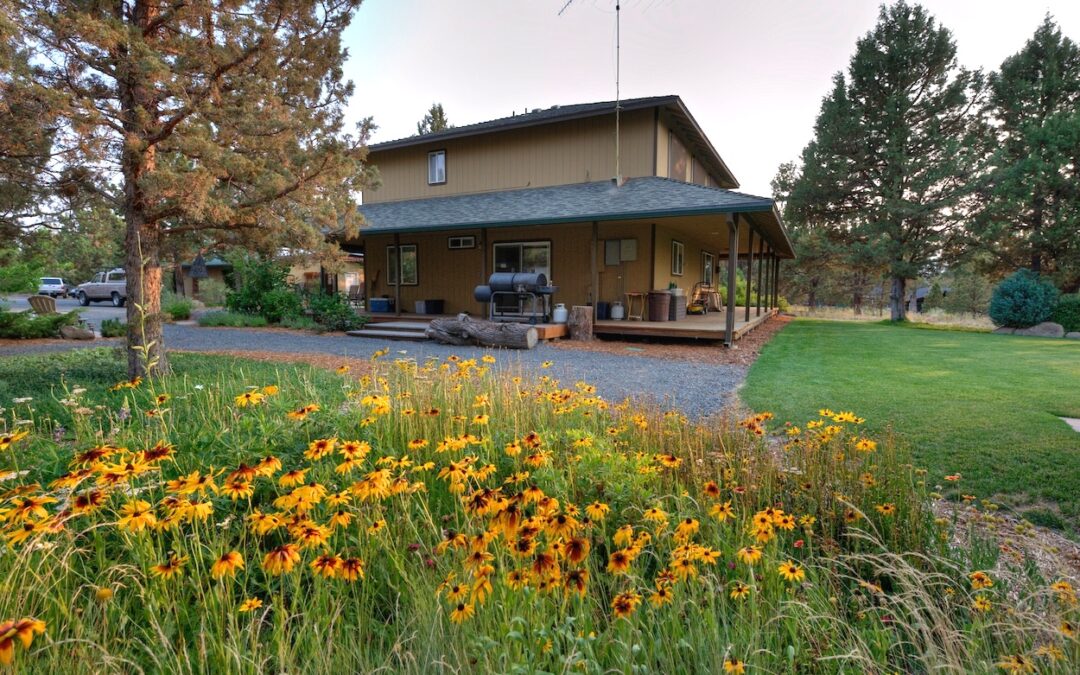 In October, there only a few slight changes in the Residential real estate market in Tumalo. The number of Active listings, the median price of Active listings and the number of Closed sales  all decreased just a hair (actually, less than I would have expected).
However, if you compare these statistics to those of October 2013, you see a few key differences. Perhaps the biggest shift concerns the sales price of Active listings. In October 2013, the median price of Active Residential with Acreage (RW) listings in Tumalo was $575,000; by October 2014, it had risen almost $200,000 — to $741,000.
Likewise, the median sales of Closed RW sales has risen significantly in the past 12 months — but not nearly as much as the list price of Active listings (which is up from $415,750 to $517,500). That’s taking into account that October 2014 was a strong month for high-end sales: Four of the eight closed sales were above $500,000. (However, only one of those — a million-dollar sale in Deschutes River Ranch — was above $705,000.)
Speaking of million-dollar properties, that’s another category that has shifted significantly since October 2013. Back then, there were just eight million-dollar Active listings, compared to 15 in October 2014. So million-dollar sellers, take note: That means that 29 percent of Active listings are now above the million-dollar mark. Lots of competition there! By contrast, in October 2014, there were only six Active RW listings below $400,000 in Tumalo.
When it comes to the overall supply of homes on the market, Tumalo isn’t quite as balanced as it was a year ago at this time. Back then, there was a healthy 6.5-month supply (a six-month supply is considered to evenly favor buyers and sellers). In October 2014, the inventory had risen to a 7.3-month supply — which is still quite respectable, especially considering the number of high-end properties on the market.
As a horse-property specialist, Tumalo has always been of particular interest to me because that’s where you’ll find many of the most desirable horse properties in Central Oregon. Because its boundaries are up to interpretation, please consider the following statistics a general barometer of the area’s real estate activity that includes most, but not necessarily all, of the listings in Tumalo.
Here are a few highlights of the Tumalo real estate market in October, based on data provided by MLSCO on Nov. 10, 2014:
LISTING ACTIVITY
Active Residential With Acreage Listings in Tumalo:  52
Contingent Residential With Acreage Sales in Tumalo: 0
Pending Residential With Acreage Sales in Tumalo: 3
Residential With Acreage Closed Sales in Tumalo: 8
Average Days on Market: 149 days for Active RW listings
146 days for the RW listings sold in October
Median Sales Price: $741,000 for Active RW listings
$517,500  for the RW listings sold in October
INVENTORY
Residential with Acreage: 7.3-month supply (86 sales in the previous 12 months)
SALES PRICE
Least-Expensive Residential with Acreage Active Listing: $210,000
Most-Expensive Residential with Acreage Active Listing: $6,600,000
Price Point with the Most Active Listings: $750,000-$799,999 (six listings) & $550,000-$599,999 (five listings)
Listings at $1,000,000 or more: 15
If you’re interested in studying the market in more depth, below are several charts that capture various aspects of the October Tumalo real estate market in detail.