Why I Volunteer at a Habitat for Humanity ReStore 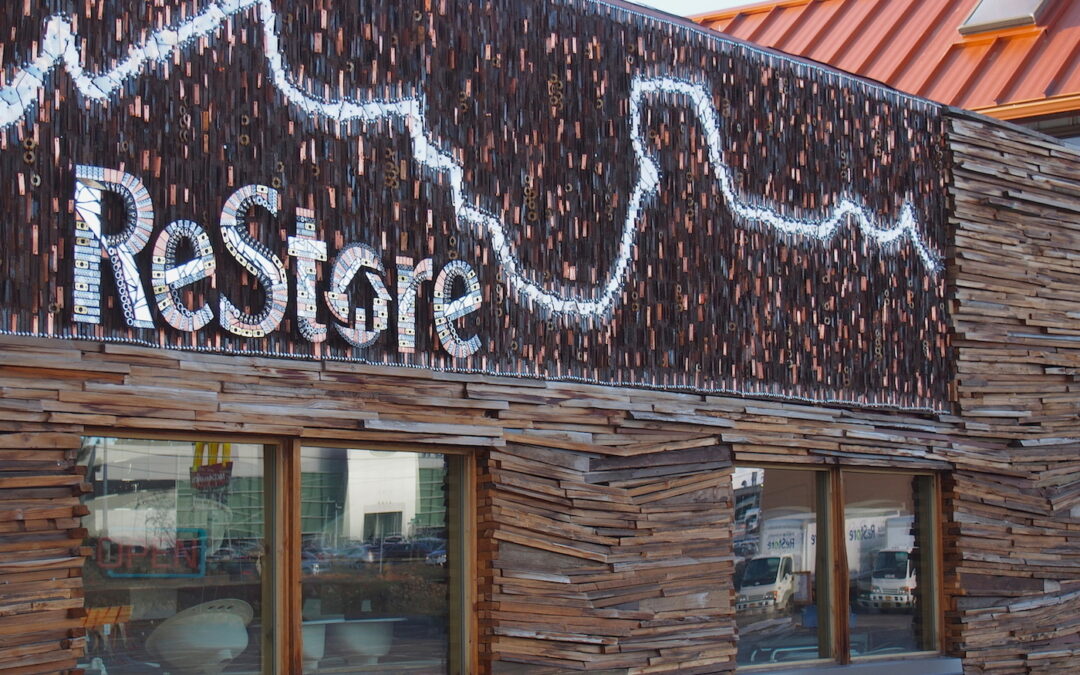 Most days, my job title is “Realtor.” I’m primarily what’s known as a buyer’s agent — I work one-on-one with people to help them find a home (primarily in Bend, Tumalo and Sisters), and then help them navigate the home-buying process.

But on Thursday afternoons, you’ll find me at the Bend Area Habitat for Humanity ReStore, the nonprofit’s home improvement store and donation center, where I serve as one of two cashiers. I don’t do it to pick up a little extra cash; it’s a volunteer post. I do it because I believe that Habitat is doing important work here in Central Oregon. All the proceeds from the ReStore go toward providing home ownership, home repair & weatherization services for low-income families in Bend and in Crook County.

Habitat is succeeding where I fail, and I want to be a part of that, even if it’s in a small way.

Every day, I see how hard it’s becoming for the average person to become a homeowner in Central Oregon. Yes, for the most part, my clients are well-equipped financially to make the transition to Central Oregon. But too often, I have to tell someone that they simply can’t afford to buy a home here. I’ve sent away people from all across the country – from California to New York, from Wyoming to Texas and Florida to Arizona. I’ve sent away young families and retiring couples. Military veterans. Successful artists and self-employed entrepreneurs. All kinds of folks who would be a welcome addition to our community.

It isn’t a good feeling. It’s scary. If more and more people like these can’t afford to move to Central Oregon, what will Central Oregon become? 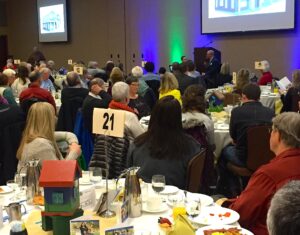 I was recently reminded of the critical role that Habitat plays in Central Oregon at last Friday’s “Build-It Breakfast.” The annual fund-raiser brings together Habitat staff members, volunteers, donors and homeowners and provides an update on the organization’s latest projects.

During the early-morning presentation at the Riverhouse Convention Center, guest speakers Jim Long (the City of Bend’s Affordable Housing Manager) and Scott Rohrer (executive director of Bend Area Habitat) provided some stark statistics about the cost of home ownership in Bend. They’re statistics I’m all too familiar with.

They also spoke specifically on how those statistics are impacting Bend Habitat. Four years ago, for example, Habitat purchased several lots at $24,500 apiece. Today, a lot the same size in the same neighborhood costs $80,000. Similarly, a home that cost Habitat $150,000 to build four years ago now costs $250,000. Meanwhile, building material costs are also on the rise: This January, the trades raised prices 10 percent across the board.

And in Bend we’re facing an additional challenge. Habitat builds homes for residents who are at 40 to 75 percent of the Average Median Income (AMI). But here, although housing and land prices are on the rise, the area’s AMI is decreasing. That means that even more people will be unable to afford a home in which to live.
But enough doom and gloom. The good news can be found in the people who are benefiting from their affiliation with Habitat. We met two of those during the breakfast, both of whom stole the show. First up was future Bend Habitat homeowner MOsley WOtta. The well-known local artist/musician/poet shared a poem he’d written that eloquently expressed his journey toward home-ownership via Habitat –- a journey that for many of our self-employed is simply out of reach. 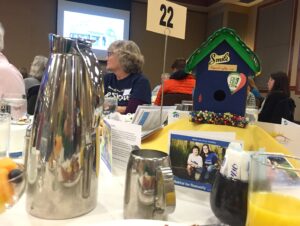 Next up was a short video that focused on a single Habitat family. The narrator was 12-year-old Jared Vaughn, who compared his previous life — in a neighborhood that showed little signs of life — to his life since he and his family moved into a Habitat home, where he is surrounded by other families with kids his age. The difference, he explained: “This is more of a home; the other was more of a living space.”

After a light-hearted one-on-one interview with Jared, Bend Habitat Executive Director Scott Rohrer detailed four ways Habitat is confronting its recent economic challenges. In addition to running a very tight ship, he said, the organization is now moving toward higher-density projects in Bend: The newest build here — near Pilot Butte — will be a townhome triplex. Bend Habitat is also aggressively pursuing the trades that it works with to get materials at a discount, as well as seeking donations and volunteer manpower from them.

Finally, there’s the new ReStore, which opened in November 2014 and has been a rousing success: In its first fiscal year, it raised more than $1 million for Habitat — up from about $650,000 raised annually at the previous location. It also logged more than 27,000 volunteer hours and diverted a staggering 3.18 million pounds of material from the landfill. That’s right –- 3.18 million pounds.

In short, the ReStore is more than a store. And I can’t imagine anyone who wouldn’t love working here. One additional bonus for me: I don’t ever have to deliver bad news. Instead, I laugh all day long. It’s is an inherently joyous environment. The folks I work with love what they do. The folks we serve, who come from all walks of life, are thrilled to find usable household goods and materials at bargain-basement prices. And the money we raise from the goods that you donate ensures that more and more deserving people are able to call Bend “home.”

And that’s something to smile about.